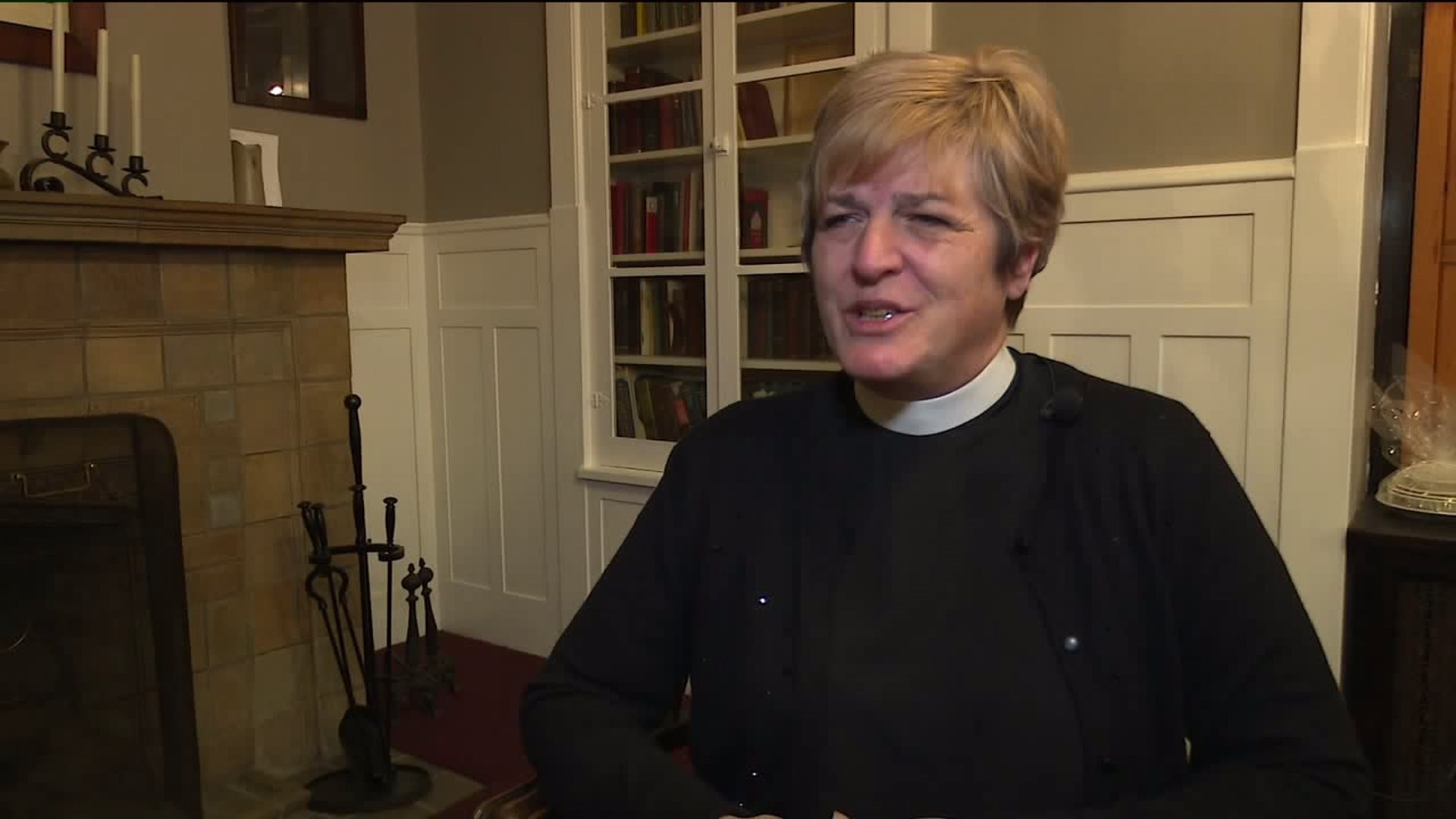 "It just feels normal to me," Rev. Rebecca Cancelliere said. "It surprises me when I think about that there's never been a woman who has served here before because it just doesn't dawn on me that there would not have been."

Mother Rebecca Cancelliere is the church's first female pastor in its nearly 200 years. She started at the beginning of the year.

"It's just amazing for me to be able to work in a leadership capacity but also to just journey with this community," Rev. Cancelliere said. "This community is just outstanding in their outreach and in their love of God and wanting to be a vital part of helping."

This isn't the only change of leadership for the church. It also has some others. Some of Mother Cancelliere's right-hand people are also the first females to serve in their roles, including her warden, who serves as a connection to the community.

"It's an honor, and I'm very glad because I get to see the workings," Rector's Warden Heather Cassidy said. "I've known some of the workings, but now it's being in depth and seeing more getting things done and what we have accomplished in three months is just amazing."

To commemorate the shift in power, the area's Episcopal Bishop will host a service on Sunday.

"This celebration is not about me. It's about all of us," Rev. Cancelliere said. "We're celebrating our new ministry."

The special service will be held at the church on Race Street in Jim Thorpe at 9:30 a.m. on Sunday.