JACK FROST SKI RESORT — The annual Cardboard Classic was in full swing Friday at Jack Frost Ski Resort. After months — and for some, years — o... 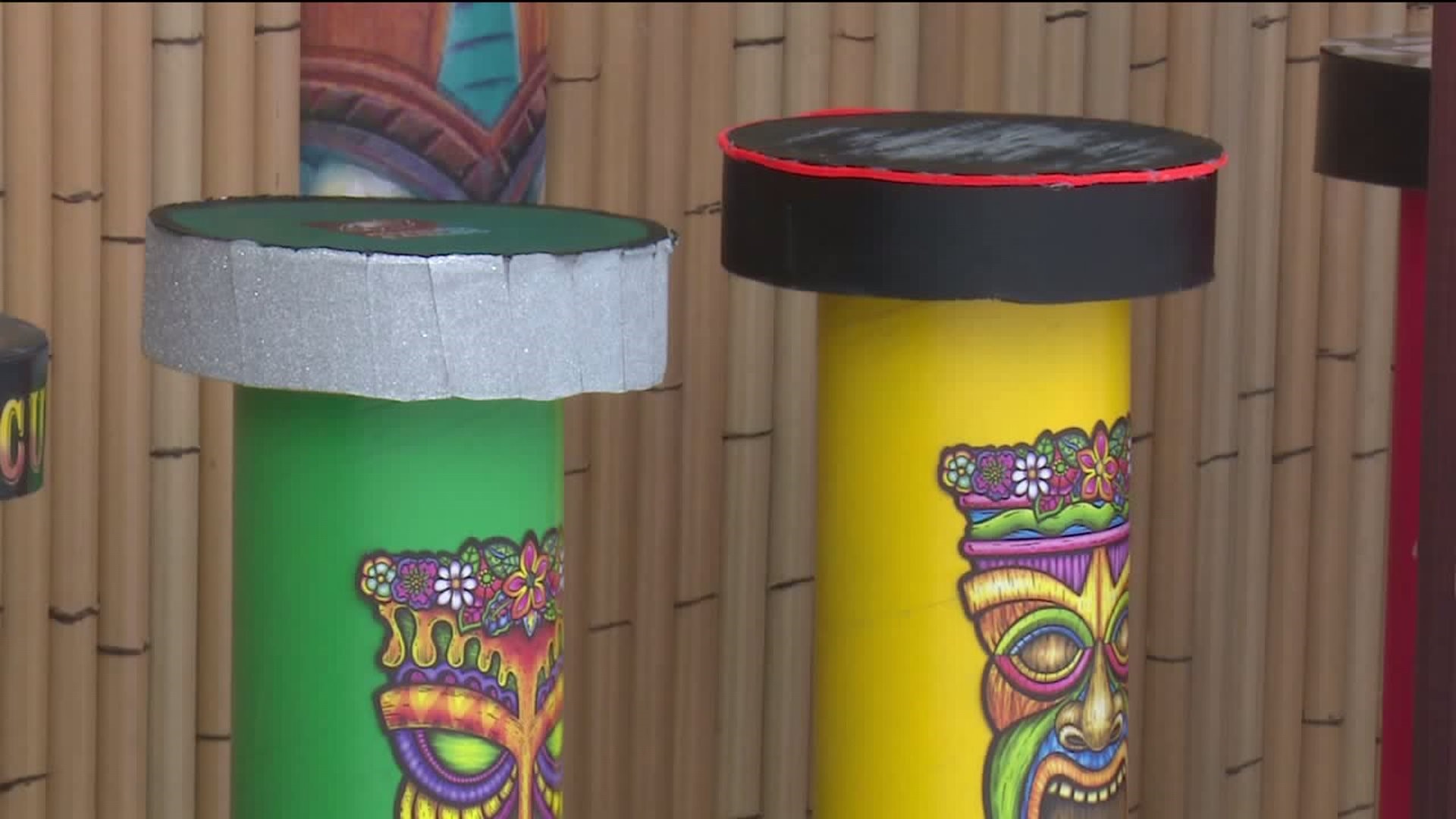 After months -- and for some, years -- of planning, all sorts of creative designs went down the mountain in Carbon County.

An ark, a train, and a tiki bar were just some of the cardboard sleds on display at this year's Cardboard Classic.

From game shows to video games, hundreds showed off their hard work for the sledding competition in Carbon County.

Jeannie Clinton of the Birdsboro Sportsmen Club says the Captain Morgan-themed sled was two years in the making.

"We went with the pirate theme. As you can see, he did amazing work on this sled, just cardboard and glue," Clinton said.

Sledders tell Newswatch 16 it's all about having fun.

"Everybody is going to walk past our sled and say something nice to us about it but that is because they see these phenomenal sleds," said Chris Delsordo of Downingtown

Beth Drake grew up in Larksville and was a first-time sledder.

"Seeing everybody else's, I am like, 'Oh, my God, I wish we had more of an artistic ability,' but the sled is not going to break down. It is pretty safe," said Drake.

Besides stools and plenty of decorations, Doug Gensbauer's tiki bar included a tap.

"You meet people, they come back every year, they remember you, say hi to you. It is just a lot of fun," Gensbauer said.

There were more than 100 sledders at this year's Cardboard Classic, and sledders say the key to getting all the way down the hill is tape and time.

Bob Havens and his brother Mike entered a 15-seater sled. It moved at top speed down the hill and got a big cheer from the crowd.

"First-time sled builders," said Havens. "It is your base, if your base is stiff, is ridged, put some tape on the bottom and when you are staged over here keep it on a tarp."

So what happens to all these sleds when the competition is over? They go straight to the carboard shredder.