JIM THORPE — A federal appeals court ruled on Thursday against family members who wanted the remains moved from Carbon County to tribal lands in Thorpe... 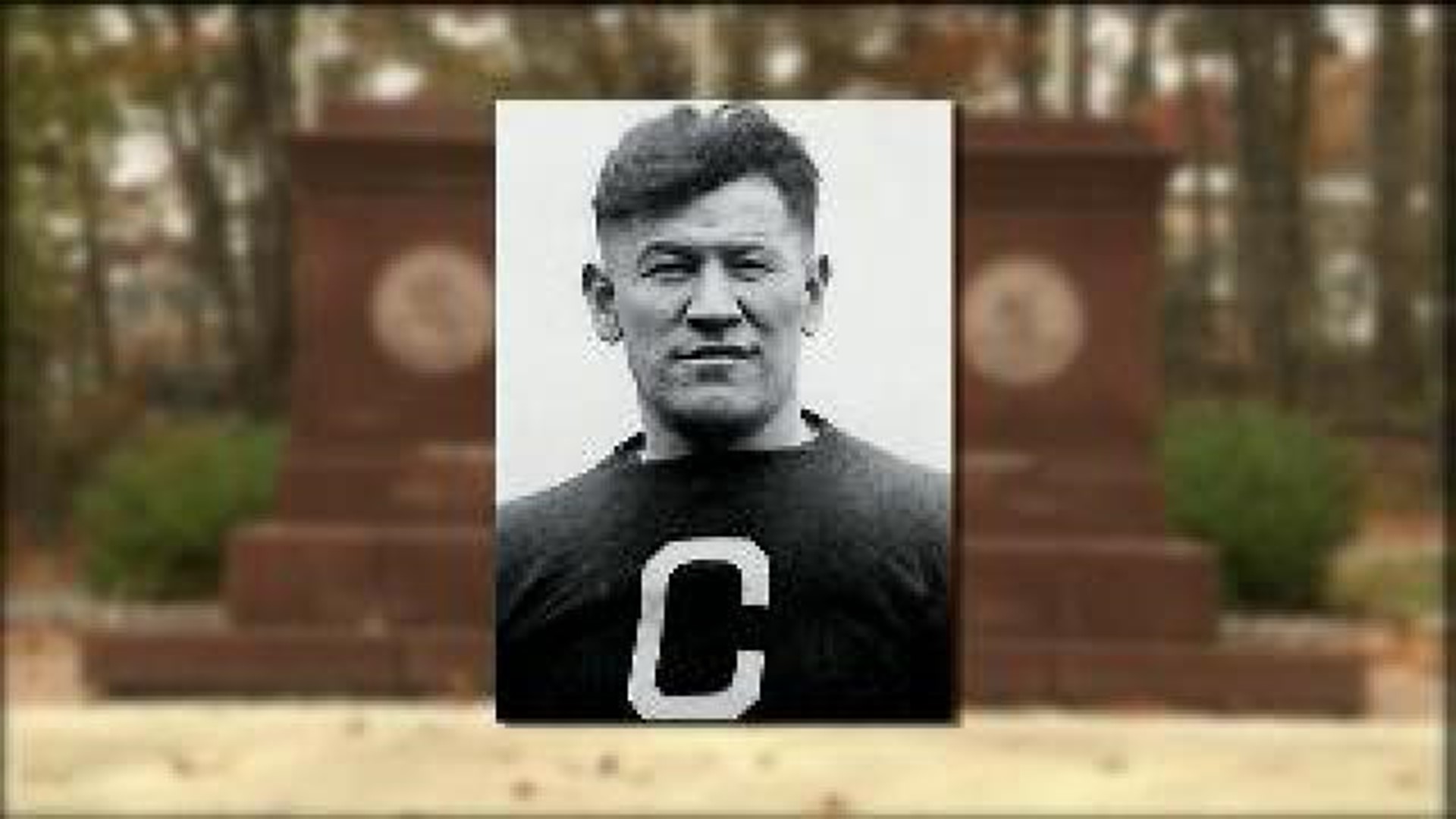 For the past few years, the borough named for Jim Thorpe has been fighting to keep him there and now they have won a major victory in that battle.

Thorpe's remains will not be moved from the borough bearing the name of the famous Native American athlete and Olympian.

For 60 years the burial site along Route 903 has been a stop for visitors and now that will continue.

Fitzpatrick's business helped raise money to support the borough's legal expenses. She has also organized events marking Jim Thorpe's birthday every year for two decades. She feels the community has lived up to its promise to Jim Thorpe's widow to change its name and care for his remains.

"Just let him alone now and let him rest in peace, that's the way we feel about it."

But some of his grandchildren and many in this community were determined to keep him here.

"He's been here quite a while. We honor him every year and we maintain his site over there. We have the greatest respect for him and I think he belongs here," said Jim Thorpe resident Michael Guy.

The court ruling calls it "absurd" that a federal law protecting the remains of Native Americans be used to settle what is, in effect, a dispute within the Thorpe family. It says Jim Thorpe's wife clearly wanted him buried here and he should stay here.

"I'm ecstatic. I'm very happy. I read this decision and it essentially ratified every position we had," said William Schwab, attorney for the borough.

Schwab led the fight for the borough. He's glad the appeals court ruled this is not about a community taking a Native American's remains from tribal lands for burial. Instead it was a wife picking a place where her legendary husband would be honored.

"I would love to see this be the end. Jim Thorpe in his life had many unusual chapters. This is one that should be put behind him."

Schwab says this is likely the last stop for this case. Jim Thorpe's sons can appeal, but their only options are rare, including the U.S. Supreme Court.

Schwab is only charging for his expenses, not legal services.