BEAVER MEADOWS, Pa. — A woman in Carbon County lost everything in the fire early Sunday morning, and she tells Newswatch 16 her own son is responsible for... 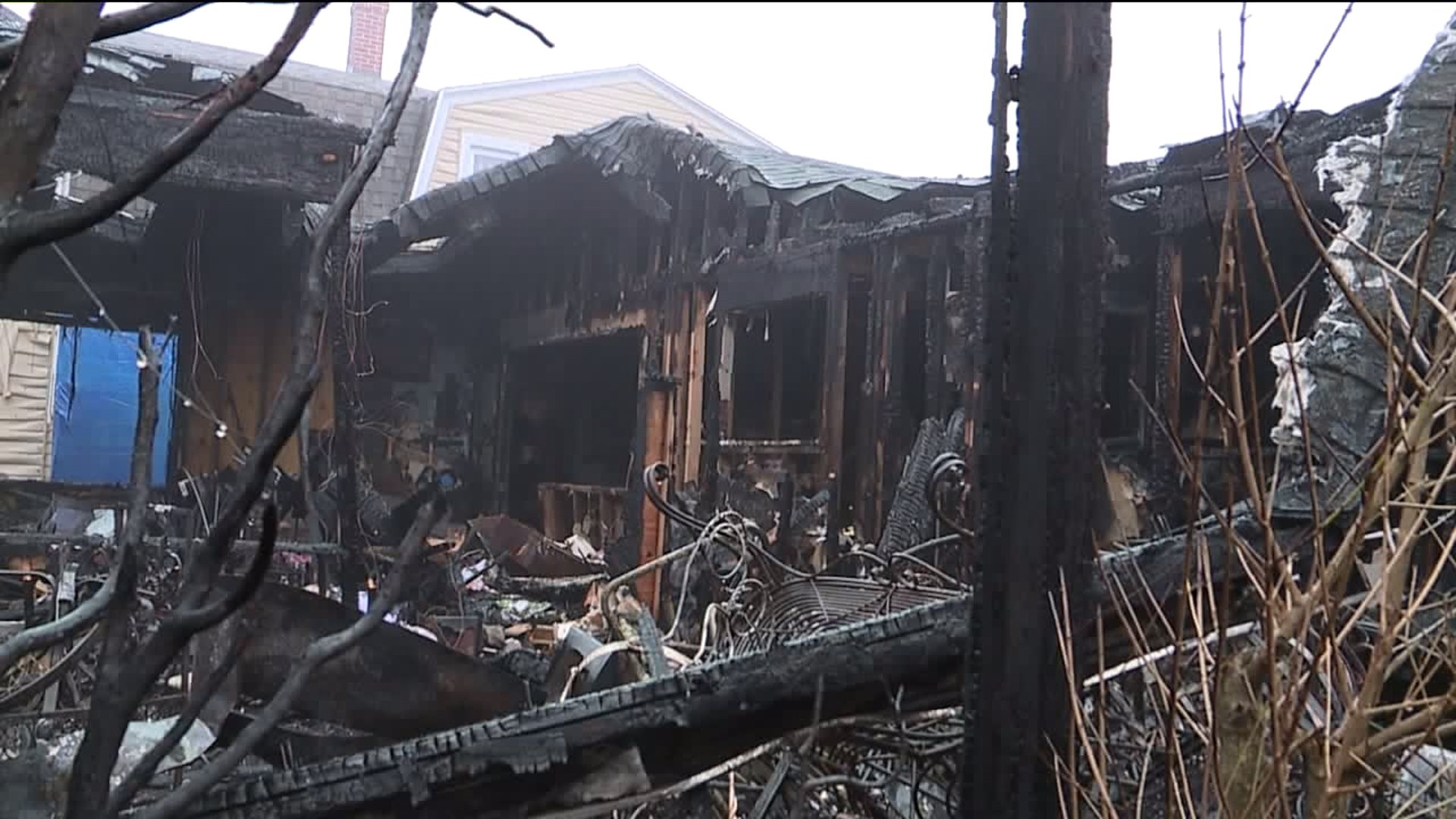 BEAVER MEADOWS, Pa. -- A woman in Carbon County lost everything in the fire early Sunday morning, and she tells Newswatch 16 her own son is responsible for setting the fire.

The homeowner says her son, Corey Cicuyla, 47, was arrested in connection with the fire in Beaver Meadows that destroyed her home and all of her belongings. She says this isn't the first time he's damaged her home and that's why her insurance policy dropped her in October.

Shirley Ciculya lived on Third Street in Beaver Meadows for 51 years. Her longtime home was destroyed in a fire on Sunday morning.

Ciculya's husband now lives in a nursing home. Two of her three children have passed away. Her third son lived here with her but Cicuyla tells us now he's locked up and charged with setting the fire that displaced her just weeks before Christmas. Making matters worse, she was dropped by her home insurer back in October.

The homeowner says her son has struggled with mental health issues and she hopes his arrest is actually a Christmas miracle in disguise.

"He's awaiting an outcome I hope is productive for him. I have certainly reached out for years."

Ciculya is staying at a hotel courtesy of the Red Cross but she has nearly no belongings left.

"My middle son's ashes were in my curio and my nephew was able to recover them," she said.

Her car and her dog is pretty much all that she has left.

Family members are asking for help during this holiday season to get Shirley back on her feet. They're asking for donations of toiletries, gift cards, and cash.

Shirley says the very clothing on her back came as a donation from the chief at the Beaver Meadows Volunteer Fire Company.

You can also drop off donations at St. Paul's church in Beaver Meadows.

"This is the ending to a very long ride for her," said her niece Kara Zimmerman. "She had that kid to the doctor so many times, but you know, she has a mother's heart and she has a huge heart, and she does help everybody else she can."

Ciculya says her son is locked up in the Carbon County Correctional Facility.