The radio station that normally hosts the Cardboard Classic at Jack Frost Ski Resort near Lake harmony was forced to cancel because of the pandemic. 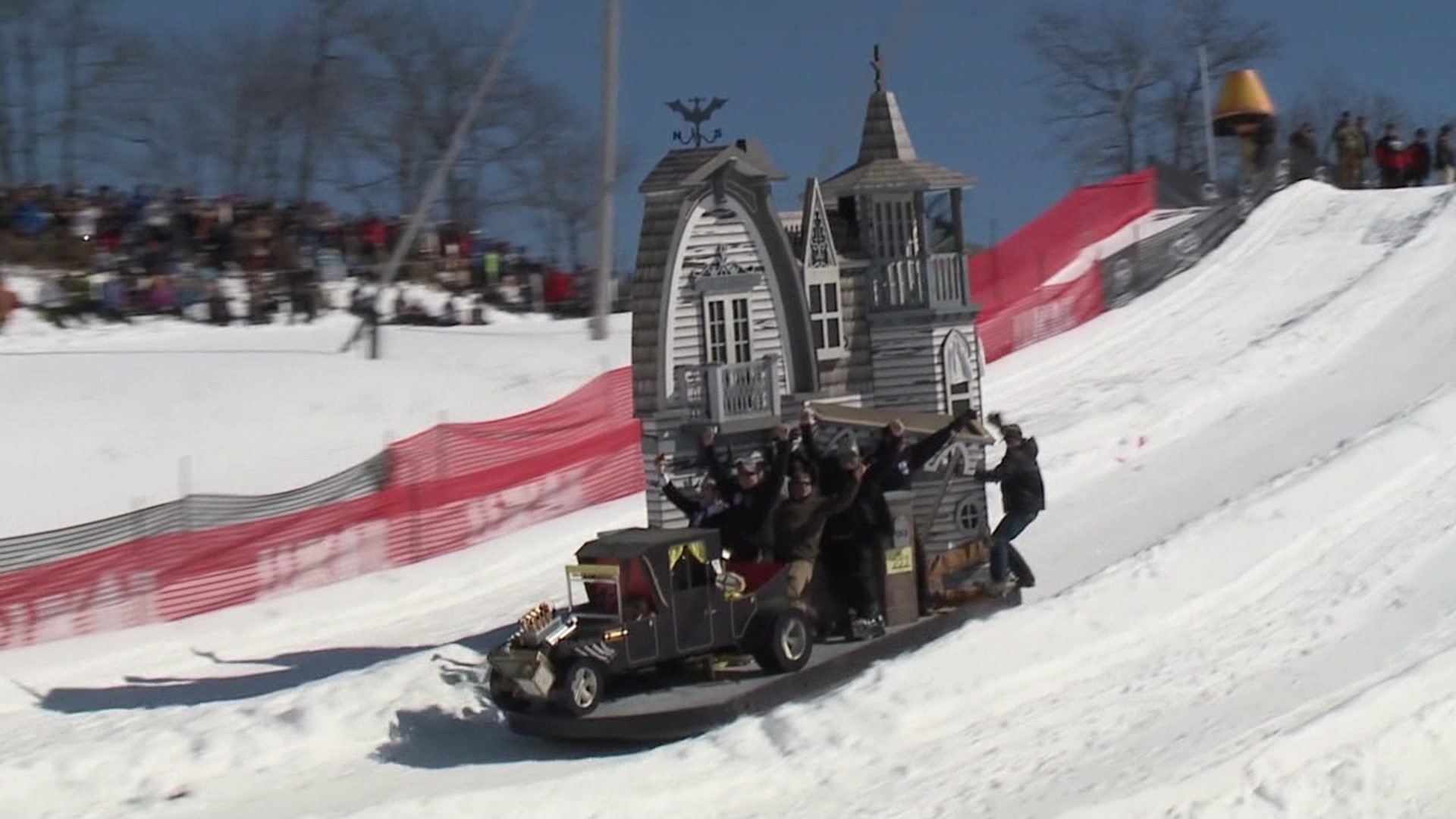 LAKE HARMONY, Pa. — It's usually a sure sign that spring is on the way, but this year, there won't be any giant cardboard sleds gliding down the hills at Jack Frost Ski Resort in Kidder Township.

The competition hosted by WMMR, a radio station in Philadelphia, is canceled because of the pandemic.

It draws thousands of people each year to the resort and nearby ski and snowboard rental places like Peterson's Ski and Cycle in Blakeslee.

"We love when those people come up. They all come up from Philadelphia. It's a busy day. It's great for the whole community. The restaurants do well, the clubs do well, the ski area, of course, does well, and we do well with all of the rentals," said Eric Peterson of Peterson's Ski and Cycle.

Harmony Beverage usually opens its doors at 7 a.m. on event day. Owner Kelly Holman says it's just another hit by the pandemic.

"It brought in a lot of people. Very interesting stuff that they would bring to this area, as in their sleds. It was always really cool, but they aren't having it this year," Holman said.

Chat N Chew Cafe owner Michael Dovidio says his restaurant is busy for days when the Classic comes to the area.

"Especially that Friday and Saturday and a lot of people will stay for the weekend, during that weekend, so it hurts a little bit."

Newswatch 16 reached out to Jack Frost for comment about the cancellation, but our calls were not returned.

This would have been the 15th year for the Cardboard Classic. According to WMMR's  Facebook page, the station is already making plans for 2022.