President Biden is expected in California Monday, Sept. 13, in the final push for California Governor Gavin Newsom to keep his job. 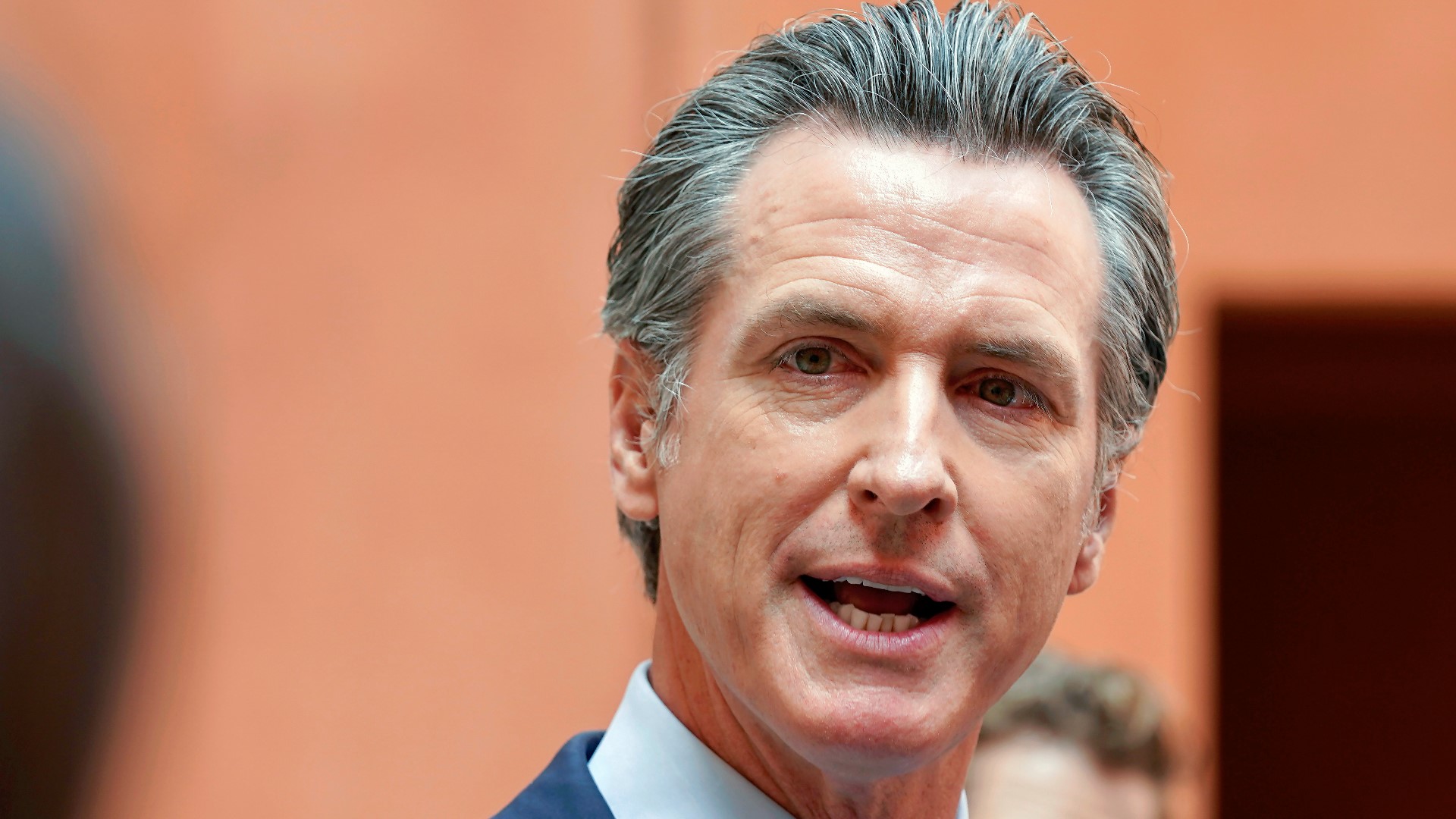 SACRAMENTO, Calif — In a blitz of TV ads and a last-minute rally, California Democratic Gov. Gavin Newsom urged voters to defeat a looming recall that could remove him from office.

Meanwhile, leading Republican Larry Elder broadly criticized the media for what he described as double standards that insulated Newsom from scrutiny throughout the contest.

The late-summer weekend was a swirl of political activity, as candidates staged rallies, continued bus tours and cluttered the TV airwaves with advertising offering their closing arguments in advance of the election that concludes Tuesday.

Elder appeared with actress Rose McGowan who said Newsom's wife tried to get her to not publically address sexual assault allegations against movie producer Harvey Weinstein.

A spokesperson for Jennifer Siebel Newsom told ABC News that the claim "is a complete fabrication," and that "It’s disappointing but not surprising to see political opponents launch these false attacks just days before the election."

In an interview with ABC News' Zohreen Shah on Saturday, Larry Elder avoided answering if he would accept the results of the California recall election.

Elder, a conservative radio host, is considered to be the leader among recall challengers heading into the election on Sept. 14. During the ABC News interview, Elder was asked repeatedly if he would accept the results of the recall election.

"So many people are going to vote to have [Governor Gavin Newsom] recalled, I'm not worried about fraud," he told ABC News.

Elder previously made claims at a campaign event that the recall could see possible fraud that many Republicans claimed happened in the 2020 presidential election, despite no evidence of widespread fraud, according to ABC News.

Earlier this week, the Newsom campaign said they're prepared for no winner to be declared on election night. The campaign expects a large dump of Republican ballots the day of the election but more Democratic ballots to be counted in the days following.

California voters: Less Republican and white than in 2003

California is again choosing whether to recall a governor. But the electorate deciding Gov. Gavin Newsom's fate looks very different from that one that ousted fellow Democrat Gray Davis in 2003.

The state today has 7 million more voters but fewer registered Republicans. And the electorate overall is younger and more Latino. Those trends favor Newsom, so long as he can get his voters to turn out.

There are 46 replacement candidates on the ballot and Republican talk radio host Larry Elder is seen as the front-runner. More than 7 million ballots have been returned so far. The last day to vote is Tuesday.

On July 17, California Secretary of State Shirley Weber released a list of the 41 candidates who qualified to run in the recall election. About 70 candidates initially filed a statement of intent to run with the secretary of state, according to Ballotpedia.

On July 21, Weber signed off on the finalized list of candidates who'll appear on the recall ballot. The number grew to 46 after a judge ruled that candidates should not be required to submit tax forms for a recall election.

The final day for candidates to file paperwork to run in the recall election was July 16.

The final report from the Secretary of State's office, released on June 23, validated 1,719,943 signatures on the recall petition. The recall effort needed 1,495,709 verified signatures to trigger a recall election. Approximately 441,406 signatures were invalidated.

Only 43 people of the more than 1.7 million Californians who signed the recall petition chose to remove their name from the list.

On July 1, Lt. Gov. Eleni Kounalakis finalized the cost of the election at $276 million.

More information on the recall election