Zoning Disputes in Two Neighborhoods in Scranton Go Before Zoning Board

SCRANTON, Pa. — Applause and cheers were the reaction from residents of East Mountain at Scranton City Hall on Wednesday after the city’s zoning boa... 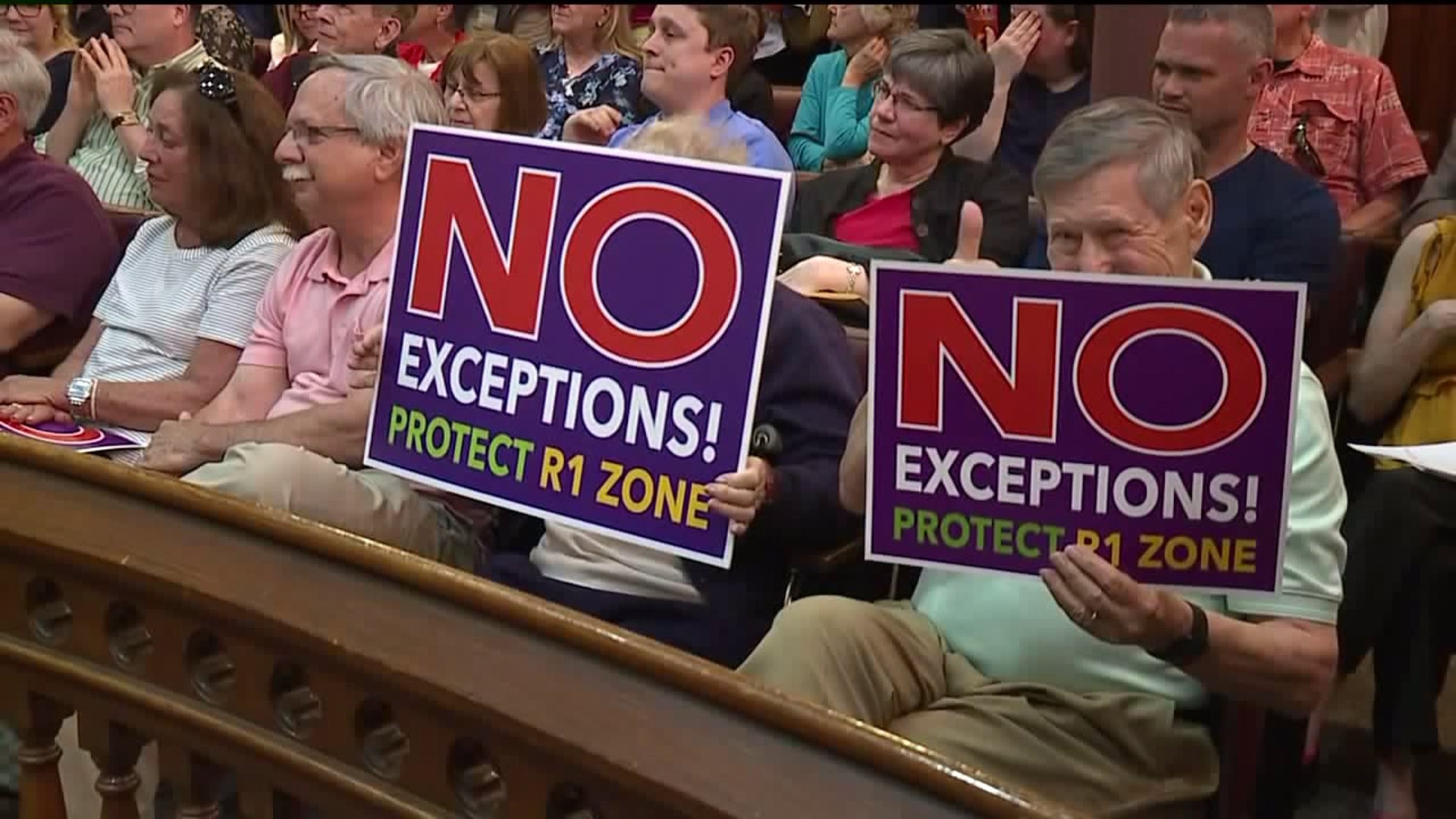 SCRANTON, Pa. -- Applause and cheers were the reaction from residents of East Mountain at Scranton City Hall on Wednesday after the city's zoning board denied a developer's request to open a live-in substance abuse center inside a former Geisinger facility on Route 307 near Lake Scranton.

They adamantly opposed the center opening in their neighborhood and came armed with signs, and they were clearly thrilled that they won.

“It's an R-1, and we want to keep it an R-1. There's a lot of other places in Scranton it could go,” said Lisa Spangenberg.

“Very happy, as president of our neighborhood association of Oakmont and the residents of East Mountain, we put a lot of time and effort and financing into this,” said Jesse Rozelle.

However, residents in another section of the city will have to wait to find out if another developer's plans can move forward in their neighborhood.

People living in the Green Ridge section of Scranton were at the meeting hoping to hear a vote on those plans, which they oppose.

The owner of Urban Smart Growth wants to turn a building at the former Scranton School for the Deaf into residential and commercial space.

This is the second time the developer has made a variance request after withdrawing the first one last fall.

However, the zoning board chose to not make a vote until the planning commission has a chance to review the new request.

The zoning request for the former School for the Deaf is expected to be the zoning board’s agenda next month.