WYOMING, Pa. — It was a packed and contentious Wyoming borough meeting Monday night that drew a crowd. Wyoming Mayor Joseph Dominick told the audience the... 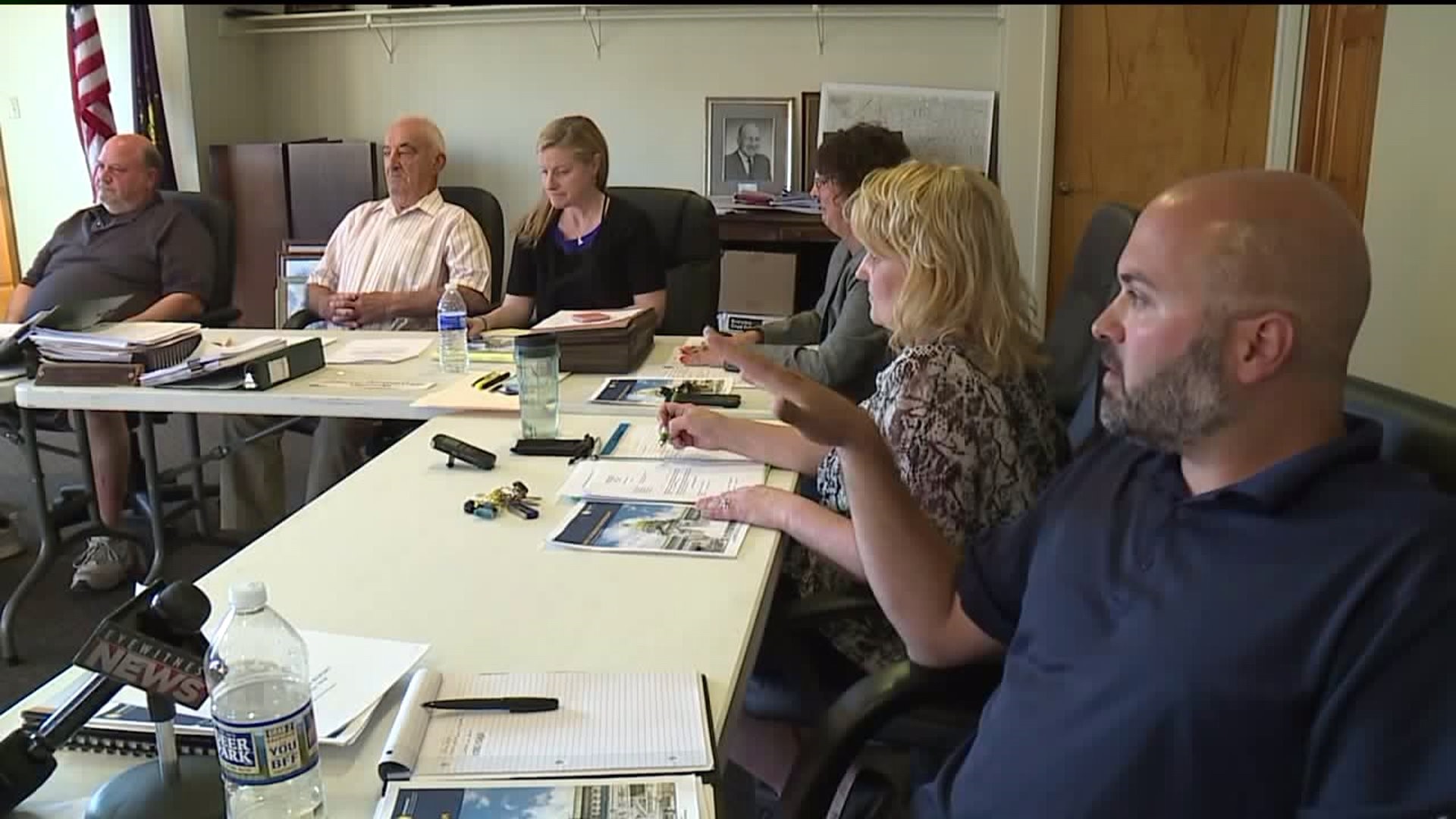 WYOMING, Pa. -- It was a packed and contentious Wyoming borough meeting Monday night that drew a crowd.

Wyoming Mayor Joseph Dominick told the audience there that borough manager, Tamra Smith is threatening a lawsuit in connection with his Facebook page, where she says untrue comments are regularly posted.

"These people are trying to ruin my reputation, and I just think that it's completely wrong, and nobody wants to listen here. These meetings are a circus. We can't get anything done that really needs to get done in the borough,” said Smith.

Mayor Dominick said he is not responsible for the comments of others.

The contentious borough meeting comes after Tamra Smith's office was raided by state police, looking for evidence of possible financial crimes. Her boyfriend, ex-mayor Bob Boyer's home was raided, too. There was also a recent investigation into a stolen laptop in a Wyoming police vehicle.

There have been no criminal charges in relation to any of those investigations.

There were motions at Monday night’s meeting to first suspend--then fire--Tamra Smith and to suspend the police chief. Those were all shot down with a vote of 4 to 2.

The council did, however, vote to allow state officials to help with financial oversight.

"I've looked at some of the financial records, and I'm not really clear on where the borough stands,” said Jim Rose of the Governor’s Center for Local Government Services.

"I think there's a lot of smoke and mirrors right now, and I think the residents are owed the honesty and the transparency that they deserve to find out where their borough actually is at because right now, no one knows,” he said.

Residents who spoke out demanded change.

“If you want to do your jobs well, then you need to get your acts together, don't you think?” asked Gail Frew to applause.