WWII Veterans Living Together at Retirement Community in Williamsport

LOYALSOCK TOWNSHIP, Pa. — They were the greatest generation. But with fewer and fewer World War II veterans left to share their stories, it was truly insp... 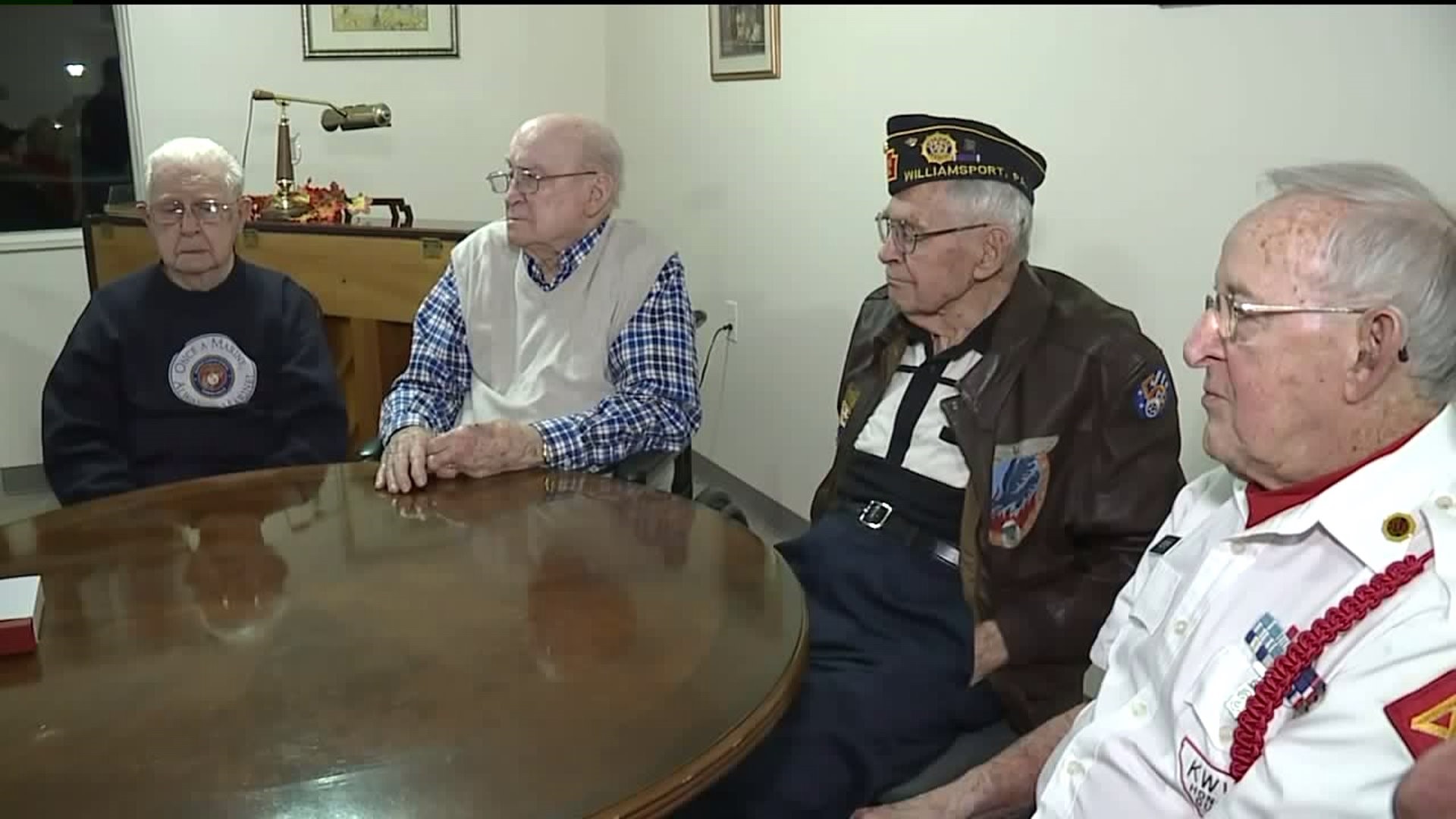 LOYALSOCK TOWNSHIP, Pa. -- They were the greatest generation. But with fewer and fewer World War II veterans left to share their stories, it was truly inspiring to find a half dozen all living under the same roof.

Some of these men even went to high school together. They served their country together, and now all these years later, they are living in the same retirement community together.

The six men gathered in the common area of The Williamsport Home, a retirement community just outside the city. They swapped stories from a time and place far away but still close at heart.

Paul Seaman, an Air Force veteran, talked of picking up prisoners of war from a camp in Japan when the war ended. He still holds onto a piece of Japanese currency that is signed by each of those prisoners of war.

"They kept coming on board, and they had 75 on that plane that we flew out. Now you got to understand that those guys only weighed about 100 pounds because they had lost so much weight," Seaman said.

Don Koons, 97, also served in the Air Force and remembers being struck during an attack.

"We bombed at Brest, France when the Germans had control of it. We bombed Brest, France, and that's where we got hit the most with flack," Koons recalled.

Lawrence Maynard lost his twin brother during his service in Germany, so he wasn't allowed to go overseas. Instead, he taught pilots how to fly in Arkansas.

"It was a glorifying experience that you were making a contribution to the flying education of somebody else," Maynard said.

Bob Smith went into the Merchant Marines when he was 18 years old.

"We ended up in this mine field where there's mines floating around, all around us," Smith said. "He radioed in to shore for them to come and help get us out. They said, 'You got in. You get out!' "

Clair Keefer was also a Marine. He served in the Korean War.

"I got to say, I was scared because this was sending us to replace the first divison in Korea, but as I said, Eisenhower signed the truce while we were aboard ship," Keefer said.

These veterans get together often to talk about their time in the war and listen to one another's stories.

"We hash over things with what we can get through," said Andrew Johnson, World War II Marine veteran.

The veterans say they try to get together several times a month, sometimes talking for hours at a time.