WILKES-BARRE — More money: that’s what some people in Wilkes-Barre say they deserve, and that’s why they’re fighting to raise the state&... 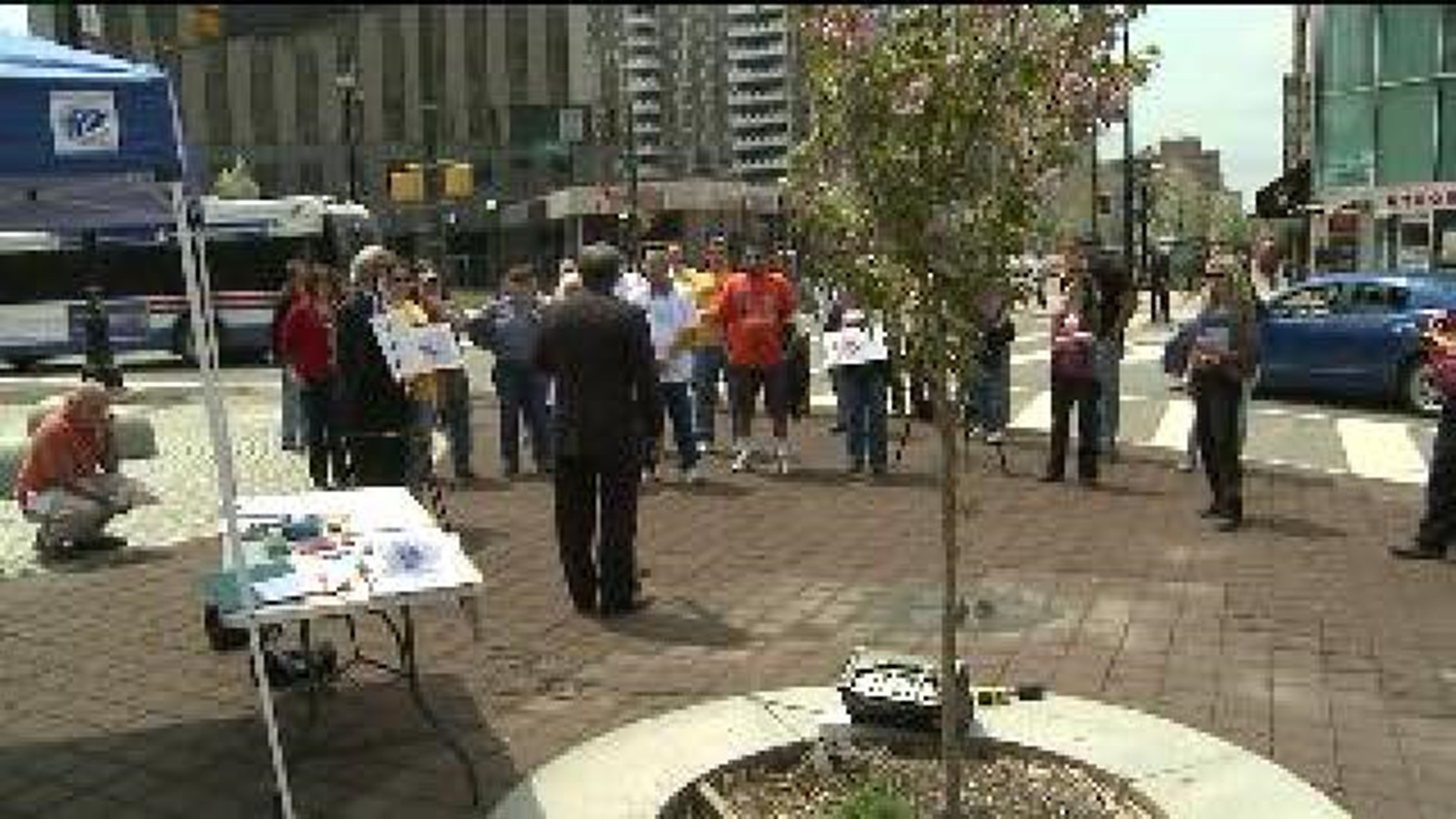 WILKES-BARRE -- More money: that's what some people in Wilkes-Barre say they deserve, and that's why they're fighting to raise the state's minimum wage. They held a rally on Public Square on Thursday.

The sounds of chanting filled Public Square in Wilkes-Barre around noon.

Rally on Public Square in WB. These workers want to raise the minimum wage from $7.25/hr to $10.10/hr. @wnep pic.twitter.com/0ZTKUbaJ8M

"I know and you know and everybody in your viewing area knows that you cannot live on minimum wage. You have to work three jobs," said NEPA Area Labor Federation coordinator Roxanne Pauline.

The NEPA Area Labor Federation organized the rally. It's one of nine that have happened across the state. Next month, they plan to meet in Harrisburg and get the word out to lawmakers that after five years without an increase, it's time to raise the minimum wage.

They already have some political support from people including Representative Eddie Day Pashinski.

Gurinberpal Bahl of Rice Township works for T.J. Maxx and is a member of the Workers United union. He says he's able to fight for pay raises because of his union membership. But before he was a member, he couldn't. Now his teenage daughters earn minimum wage at their part-time jobs.

He says he still has to support them and that's why he's now speaking out about raising the minimum wage.

"I feel really bad about it, and I want to do something, so at least I can do this and come over here to support them," said Bahl.

Again all of these people speaking out at these raise the wage rallies plan to meet up and do one big rally in Harrisburg next month. They're also organizing petitions and writing letters to lawmakers. If you'd like to become involved, you can search raise the wage or NEPA ALF on Facebook.