Kelly McNally has Stage 5 kidney failure and wanted to surprise her fiancé of 12 years by tying the knot. 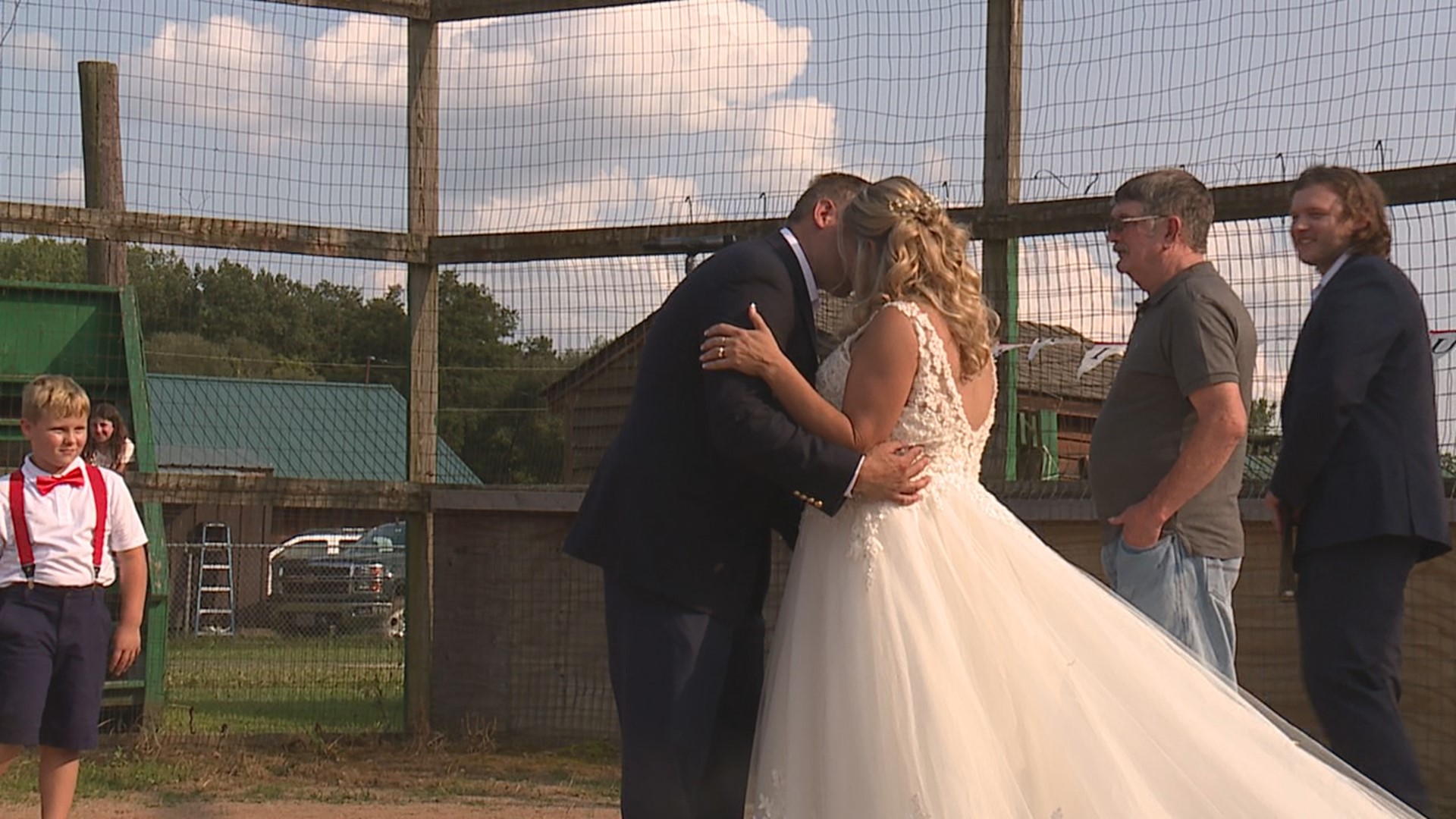 MONROETON, Pa. — A woman surprised her fiancé with a secret wedding in Bradford County.

Kelly McNally of Monroeton and Rick Vargason have been engaged for 12 years.

She planned the top-secret nuptials Sunday afternoon at Mountaineer Park.

McNally made it seem like they were going to a baseball game, and then the teams broke out in a flash mob dance.

The couple got hitched right on home plate.

McNally didn't want to wait any longer because she is in stage 5 kidney failure and needs a transplant.

"With her kidneys, she wanted to feel good for the wedding, and it's getting worse instead of getting better. So, she wanted it done, and she's doing it up right," said Jill McNalley, the mother of the bride.

McNally has 3 children and is also a stepmom to three kids in Bradford County.