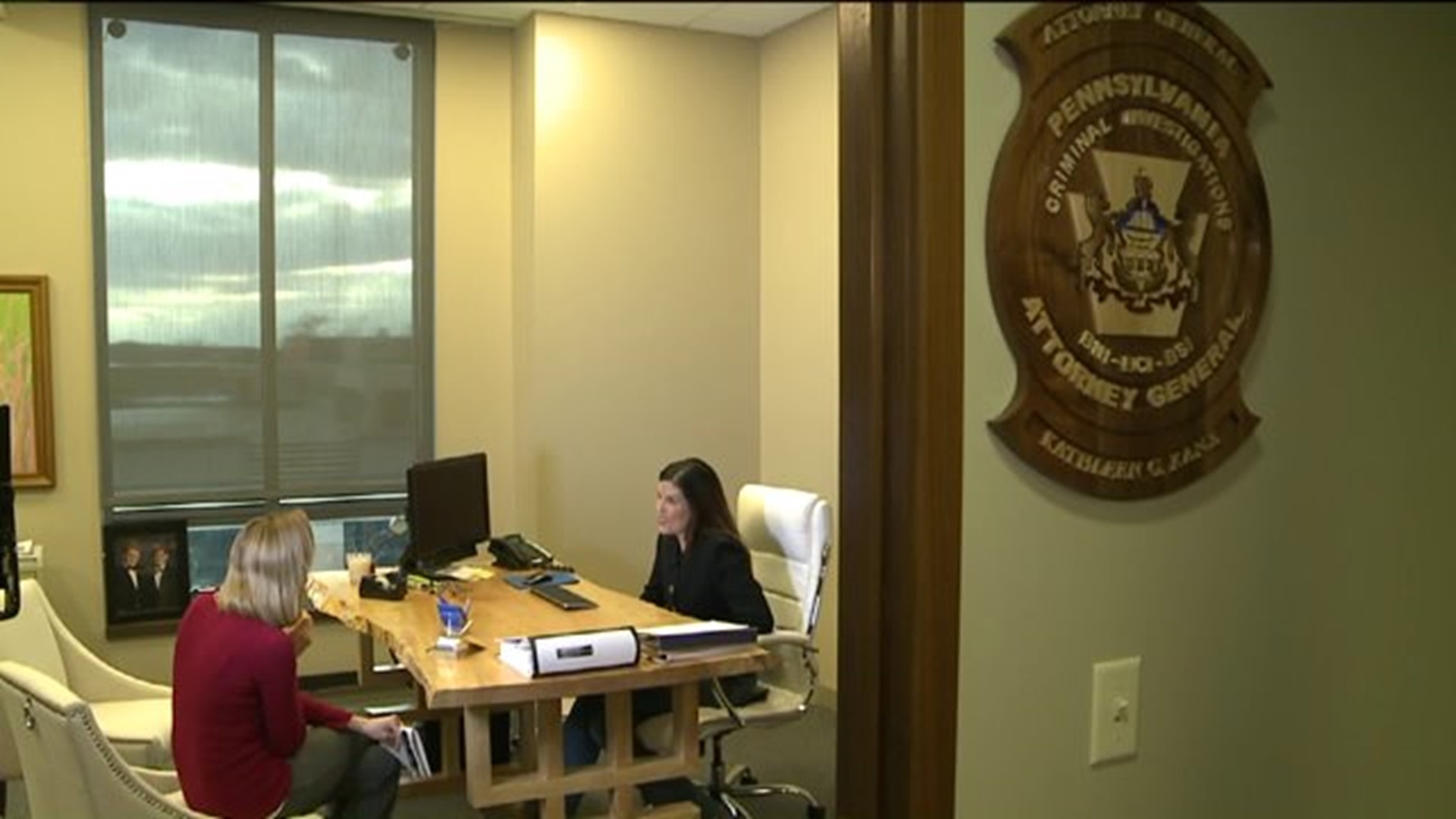 SCRANTON - Embattled State Attorney General Kathleen Kane survived a historic vote to boot her from office Wednesday. The State Senate failed to oust the Scranton native, with a vote of 29 to 19.

That was her reaction after the state senate vote.

"Now that I'm on the inside and I see it, and I feel it every day, I realize now more than ever I realize that politics is a disease in this Commonwealth and it needs to be cut out,” said Kane from her office in Scranton Wednesday.

Pleased with the outcome in the state senate, Kane still faces possible impeachment.
Lawmakers in the house are considering that.

"At least it's the right process, you know. I never believed that this senate was the right process and I like everyone to follow the rules. The rules are supposed to be followed for everyone no matter who they are or where they are in their lot in life and the Constitution says the proper process is impeachment."

Kane says despite all she is going through, she remains focused on her job, including her office's continued investigation of pornographic and racist emails sent to and received from high-ranking state officials.

In fact, Kane says all the efforts to kick her out of office may be because of that investigation.

"It's not the system of justice that we are meant to have and we deserve and I believe that this could perhaps be a reaction to what I've uncovered, it could be reaction to my mission to clean it up and make sure there's justice for all."

Kane says with the current state of politics in Pennsylvania, people are seeing just how broken things are.

Now more than ever, Kane says she feels people's support and looks forward to proving her innocence at trial.

"I know I did nothing wrong, I know it and I know that they will see it too. Am I looking forward to sitting in that chair? No, I am not, I have never been there."

Kane is worried about what a trial and its possible outcome will do to her teenaged sons, but says it's something they talk about often.

They have also been talking about re-election., something Kane says she's still seriously considering.
A recent harper poll shows her the leading candidate in the Democratic primary.
Kane has seen the results of that poll.

"I'm not surprised because everywhere I go, I feel the support of Pennsylvanians; they are tired of what's happening, I think they see through everything that's going on, they're very supportive."

Kane realizes the road ahead will be bumpy, but says she's tough enough for anything.

"I don't think anyone could have foreseen this because this has never happened in Pennsylvania before, never. I think that when you find yourself in a situation like I have been faced with, you find your inner grit and I think I found it more than I ever thought I'd had it."