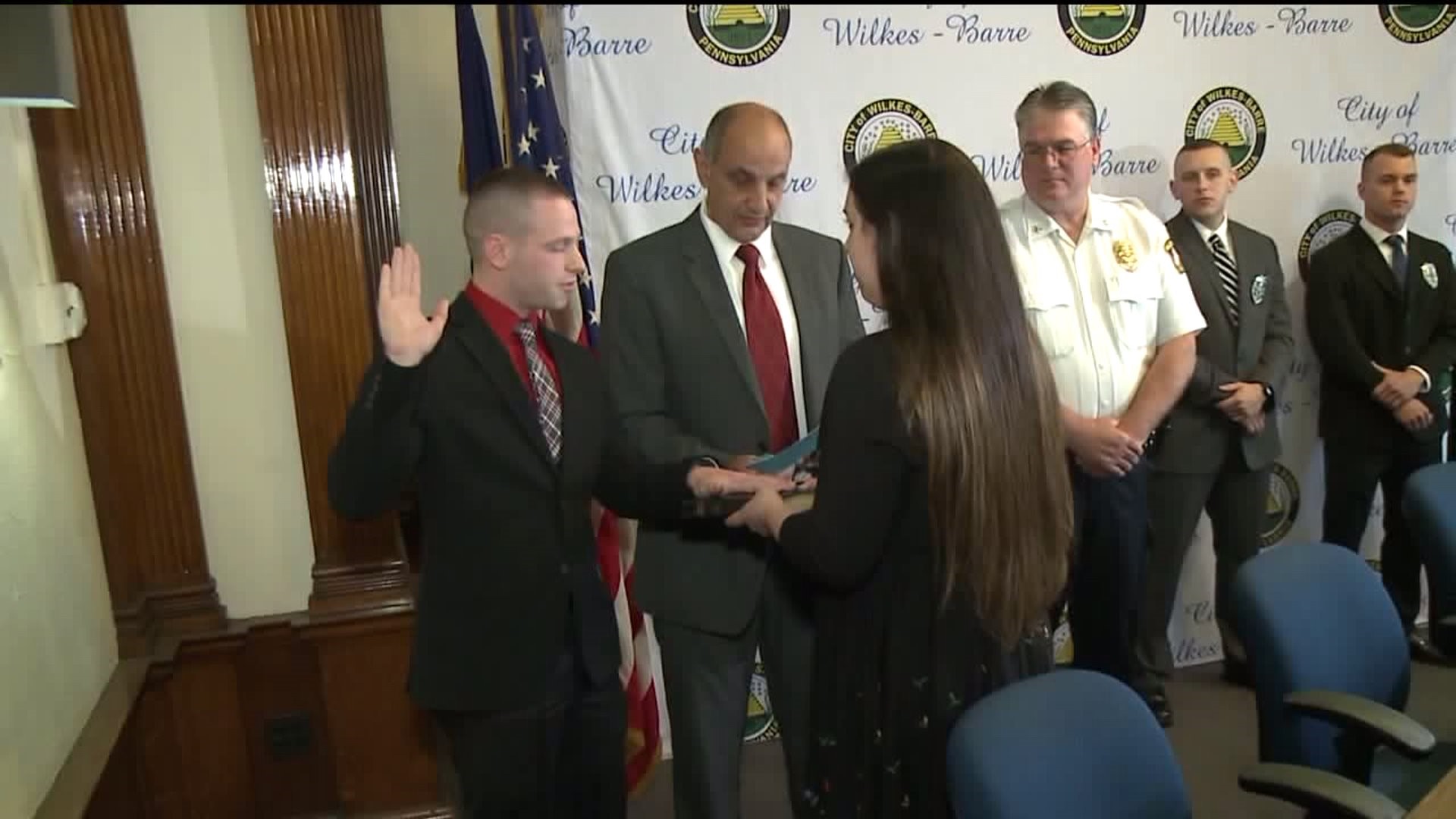 The new officers are Christopher Ward, Timothy Brodhead, and Joseph Benson. The mayor swore them in during a ceremony at City Hall.

"Feels really good," Joseph Benson said. "I have been a cop since 2013, so to finally get Wilkes-Barre city, it's like a dream come true."

Joseph Benson has served as a police officer in Avoca, Pittston, and Fairview Township. Now, he'll be joining the Wilkes-Barre Police Department to work alongside his father, Christopher, who has been with the department for 10 years.

"He did everything on his own merits and I think he's going to be an asset to the police department," Christopher Benson said. "He's well trained. He's an intelligent person and I think the city of Wilkes-Barre just gained a good asset."

Joseph's father pinned his badge on him during the swearing in.

"My father, yeah, he's been a really big influence," Joseph Benson said. "I watch him and he talks about how much he loves the job, so to actually work with him, it's going to be great."

These new officers will replace officers who have retired. Wilkes-Barre's police chief is looking forward to the new additions to his team.

"There's more that we can do as far as allocation of manpower and addressing the things that I want to do as far as reducing violent crime in the city of Wilkes-Barre," Chief Joseph Coffay said.

The city also plans to hire four more officers by the end of next month.