MOUNTAIN TOP, Pa. — This first football Friday is a “first” for the Wilkes-Barre Area School District. The district’s three high schools are in the ... 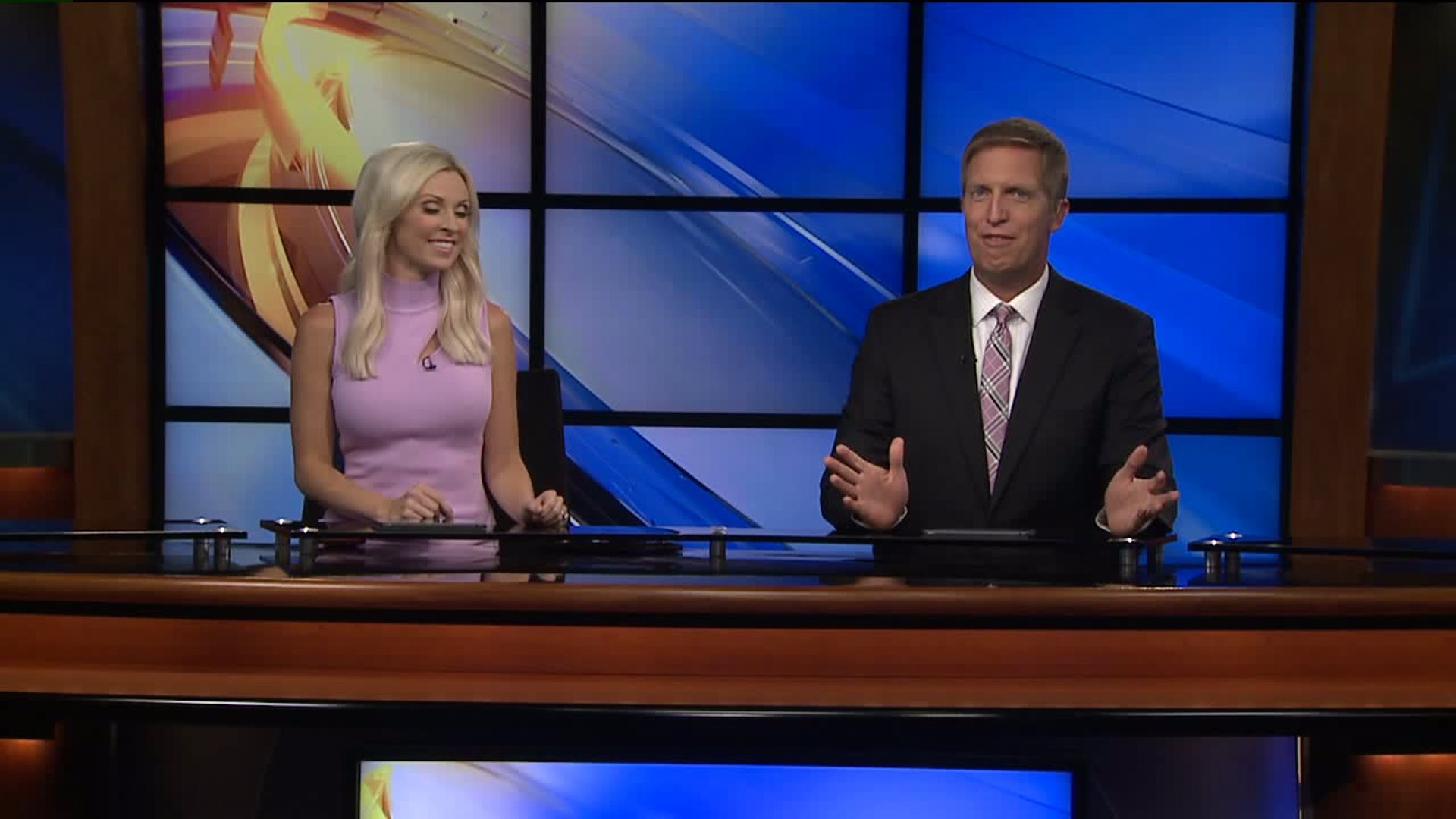 MOUNTAIN TOP, Pa. -- This first football Friday is a “first” for the Wilkes-Barre Area School District.

The district's three high schools are in the process of merging, but their athletic departments have already become one.
Tonight, the brand-new Wilkes-Barre Area Wolfpack took to the field in their inaugural football game.

This is the first regular-season game on this first Friday night football that the team is playing as one.

The district is in the process of consolidating its three high schools: GAR, Coughlin, and Meyers into one new building in Plains Township but the athletic departments have already merged.

For many, they are proud to be a part of district history.

“Honestly, it`s really exciting,” said senior Danayah Lopez, who is on the cheerleading team. “I love the colors, I love the name, I love the mascot, it just all sounds good to me, I love it.”

“I feel like we already all knew each other from every different team so it`s like we're finally one for our senior year, it`s amazing,” said fellow cheerleader and senior, Becky Shiel.

“It feels great. This is exciting,” said Wolfpack head coach Ciro Cinti. “It's a part of history, you`re the first of something so we sell that to the kids and they really are a part of and it's nice to be a part of something from the beginning, it really is.”

Many acknowledged the strong opposition and the difficulties in combining the three schools but now that they are starting to see the end product, they are very happy.

“We were actually just talking about that, we were saying we can`t wait to see what the new school`s going to look like, how long it`s going to take to be built, all that,” said Lopez.

“And to see everyone graduate in Carolina blue and black,” agreed Shiel.

For those who spent years watching the three schools face off against each other, this is a new chapter they`re looking forward to.

“It`s going to be fun, a whole bunch of new players, we all play against each other so we mostly know each other, should be fun, see what we can do,” said freshman Gary Winthrope.

The Wilkes-Barre Area Wolfpack's next game will be against Scranton High in Wilkes-Barre.