Dave Sheldon drives 70 miles from his home in upstate New York to the Kane Is Able truckyard in Scranton to start his day. Time to tack a few more miles onto th... 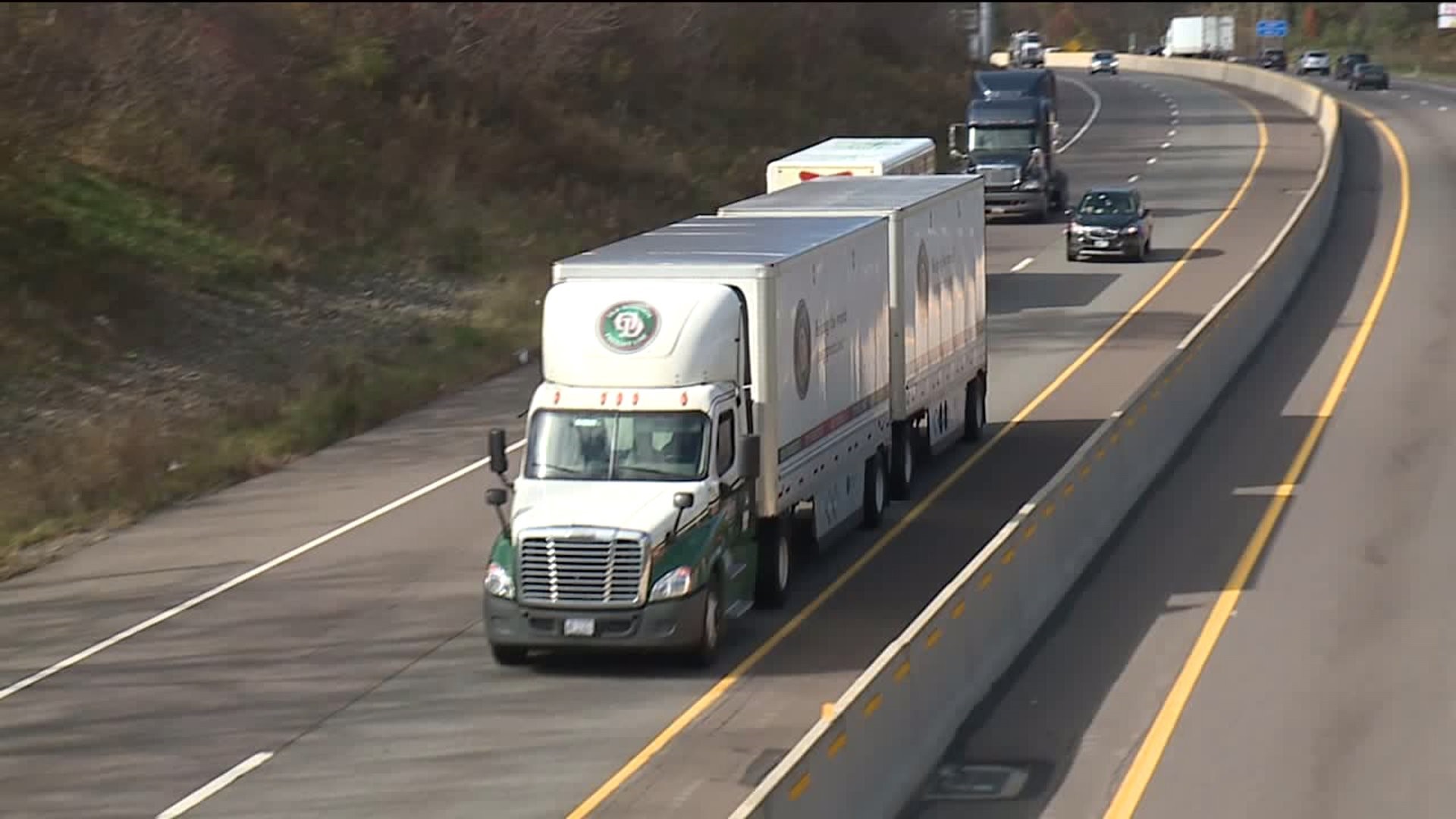 Dave Sheldon drives 70 miles from his home in upstate New York to the Kane Is Able truckyard in Scranton to start his day.

Time to tack a few more miles onto the millions he's driven.

So Dave might know better than anyone what's changed out on the open road.

"Back in those days, you know, a lot more was shipped by rail than it is today. Of course, there's a whole lot more shipping today," Sheldon said.

And now, he's sharing the road with more truckers than ever before.

"Oh, tractor-trailer traffic has probably tripled, quadrupled, from what it used to be."

Dave's not the only one who's noticed.

"My husband and I were out there on the road for a little while, so we know how difficult it is sometimes to find a place that's nice to stay at for a couple hours," said Miller.

Miller says her lot is full most nights. She plans to expand it. The truck stop added showers just last month.

More trucks on neighboring Interstate 81 has been good for business.

"From last year October to this year October, we have definitely increased," Miller said.

So what's driving the increase in truck traffic on the highways of northeastern Pennsylvania? The experts say it has to do with proximity and the internet.

According to PennDOT, northeastern Pennsylvania has more miles of interstate than any other region in the state, and those interstates can take trucks to a third of the U.S. population in a day's drive.

When people on the eastern seaboard order something online, a lot of it comes from warehouses here.

"I have 7 million square feet of new distribution in e-commerce space on my desk that is coming within the next year and a half," said John Augustine, the president of Penn's Northeast, an economic development agency in Pittston Township.

He says new development of e-commerce distribution is doubling next year. The centers that are here just arrived within the past few years and they're already expanding.

Chewy.com, an online pet supply company, is looking to fill 200 new jobs before the end of 2018.

Augustine says several other online retailers will follow in 2019.

Penn's Northeast estimates that a truck leaves a distribution center in our area every three seconds.

"In the future, you have more material being moved, and you have a higher percentage of it being moved by truck," said PennDOT official James May.

PennDOT's been studying the increase in truck traffic since 2011. It's taking a toll on our expansive, but aging, network of interstates.

Some engineers say that just one tractor-trailer at the highest weight allowed by state law does as much damage to the road as 5,000 cars.

PennDOT's first step is to divert some trucks off of the interstate corridors using high-speed connections to the Pennsylvania Turnpike.

"These all are things that we're looking at and trying look 15, 20, 25 years down the road and say, 'Where will we be at that point? And what should we be doing now to accommodate the increased truck traffic?''' said May.

You may have already noticed PennDOT's second step. Many of the new bridges built on Interstate 81 over the past few years have room for an extra lane. PennDOT plans to add a third lane to I-81, but that project is at least eight years in the future.

"Just widening (Interstates) 80 and 81 will make a huge difference, at the end of the day," Augustine said.

But our area might need a longer-term solution since our desire for delivery doesn't seem to be slowing down anytime soon.

"It's a trend, whether you like it or not, that is going to increase," Augustine added.

With online shopping and delivery by truck going nowhere but up, no matter where you go on our interstates, experts agree you'll be sharing the road with even more and more trucks for years to come.