The National Weather Service in State College, the forecast office for all of central PA, has issued more than 100 weather warnings so far this month. 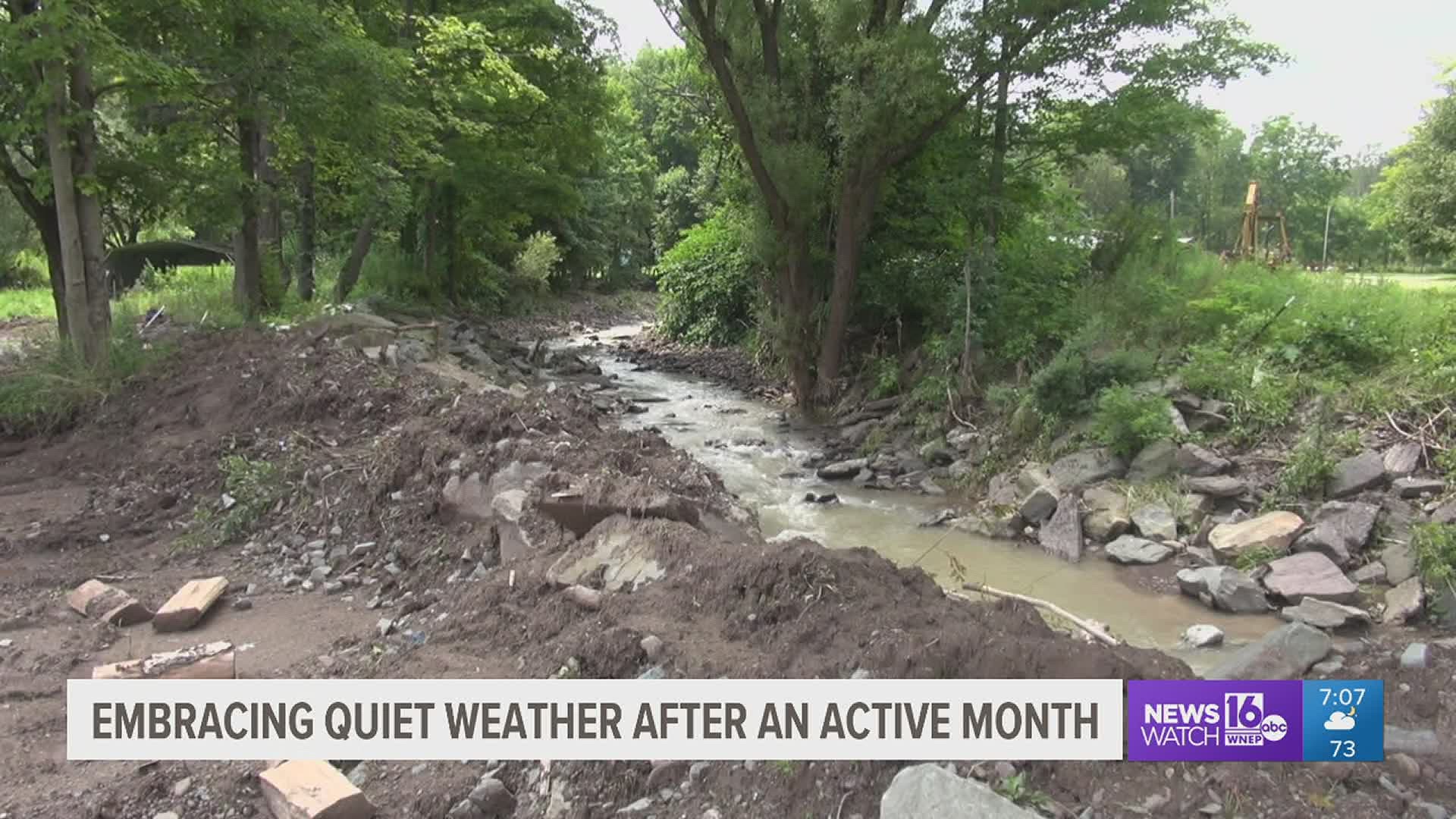 The sun was shining Wednesday in New Albany, a welcome sight after days and days of rain and flash flooding.

Terry Williams is still cleaning up his yard from last week; he only has water damage in his basement, at least this time.

Many folks who live in this part of Bradford County say the same thing; ever since the 2018 flooding, they fear a forecast that calls for heavy rain.

"Well, you get a little nervous, and you pray and hope that it's not going to get into the buildings, it's just going to keep going down," Williams said.

Summertime thunderstorms, of course, are not uncommon, but the amount of severe weather we have had so far this month, prompting watches, warnings, and advisories, is notable.

"In the month of July alone have had four different events where we were issuing 20, 25, even 30 warnings for a single event. That's fairly notable, how widespread it is, how longlasting it has been," said Meteorologist John Banhoff, National Weather Service.

Banghoff is a meteorologist with the National Weather Service in State College, the forecast office for all of central Pennsylvania. After a little research, he found that so far this yea,r the number of severe thunderstorm and tornado warnings issued by his office is the seventh-highest since 1986, a big difference from the end of May when the office had issued the second-fewest on record.

"As we got into late June, early July, we ended up with a prevailing trough overhead which tends to bring us unsettled weather," Banghoff explained. "There was ridging out west which created a lot of the heat, record temperatures out west. As a result, we were sort of in an unsettled weather pattern and what followed through the month of July was a sort of an extraordinary stretch of weather where we issued 138 watches, warnings, and advisories."

Of those 138 alerts, about 100 were issued in just four days. Meteorologists in State College say that active pattern is already shifting, and the rest of this month is looking less active with a much lower threat of severe weather.

RELATED: The good and bad of rain for lawns and plants