ROSS TOWNSHIP — Two men were pulled from Harris Pond in Luzerne County after falling through the ice Friday night. Crews said the men were ice fishing on ... 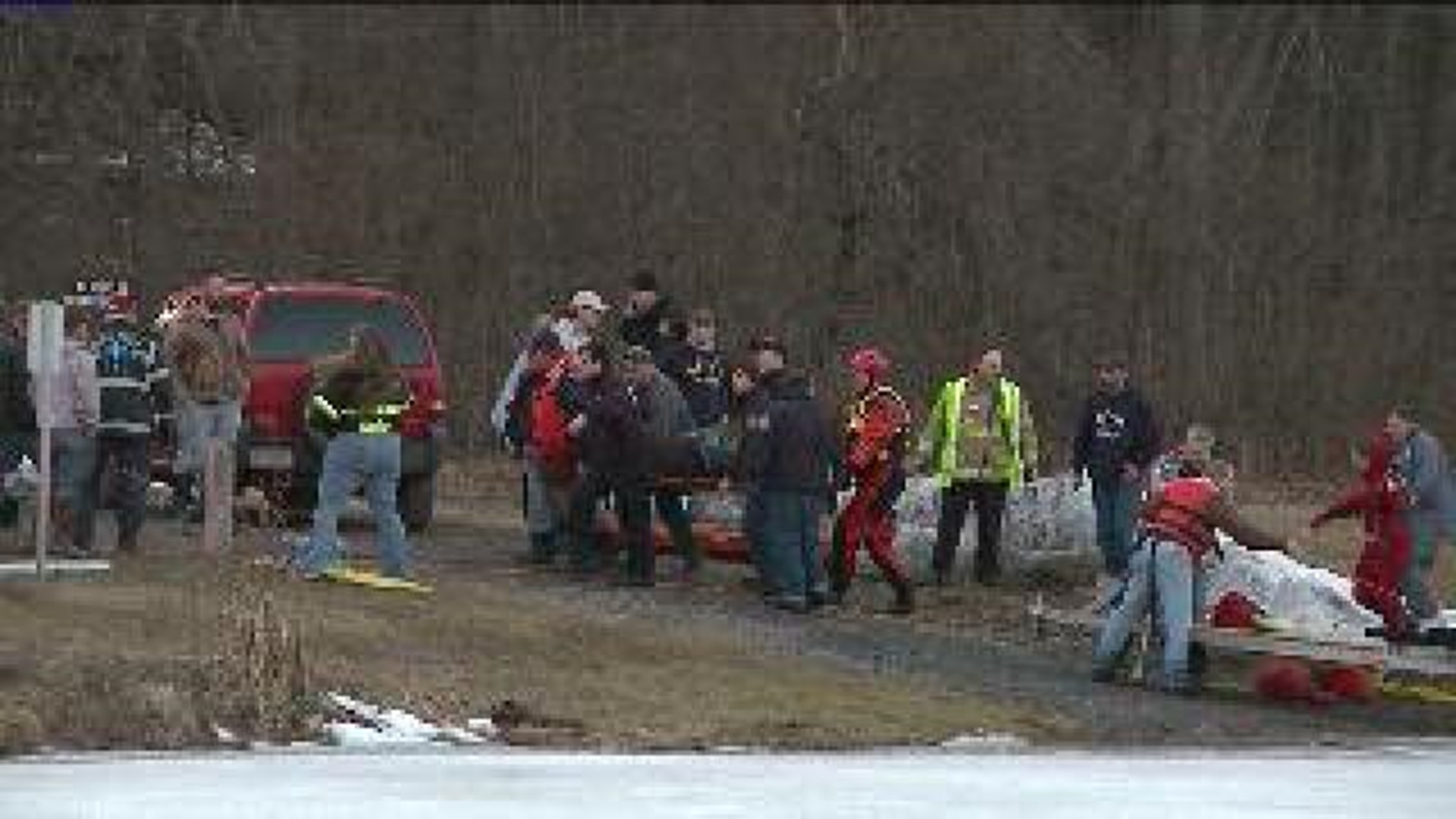 ROSS TOWNSHIP -- Two men were pulled from Harris Pond in Luzerne County after falling through the ice Friday night.

Crews said the men were ice fishing on the pond, when the ice broke, and the two fell into frigid water.

"Responded and found there was two of them through the ice, and there was another person that found and was talking to them, they both seemed to be ok, still talking," said Deputy Chief Stan Davis of Sweet Valley Fire Company.

A man who came to check out the pond noticed the trouble and tried to help.

Rescuers said the men were in that water for more than an hour before being pulled out with the help of boats and a special ice rescue skid.

"We had a hard time getting them out because the ice was honeycombed. There were a lot of fishing holes out there. They told me, and it was honeycombed so evidently they stepped someplace and they went through," said Chief Robert Walsh of Sweet Valley Ambulance.

The men were airlifted to a hospital.

Harris Pond is managed by the state Fish and Boat Commission and open for public boating and fishing, but officials warn to stay away when there is water surrounding the ice on the pond or when the ice looks white.

"At least half of the rescuers that were out on the ice ended up going through. Fortunately with the suits that we have, the wet suits, they're able to not be as affected by the cold water," said Deputy Chief Davis.