PINE CREEK TOWNSHIP — With little upkeep, a home tucked away in Avis has been slowly deteriorating from the inside out. It was on the verge of being demol... 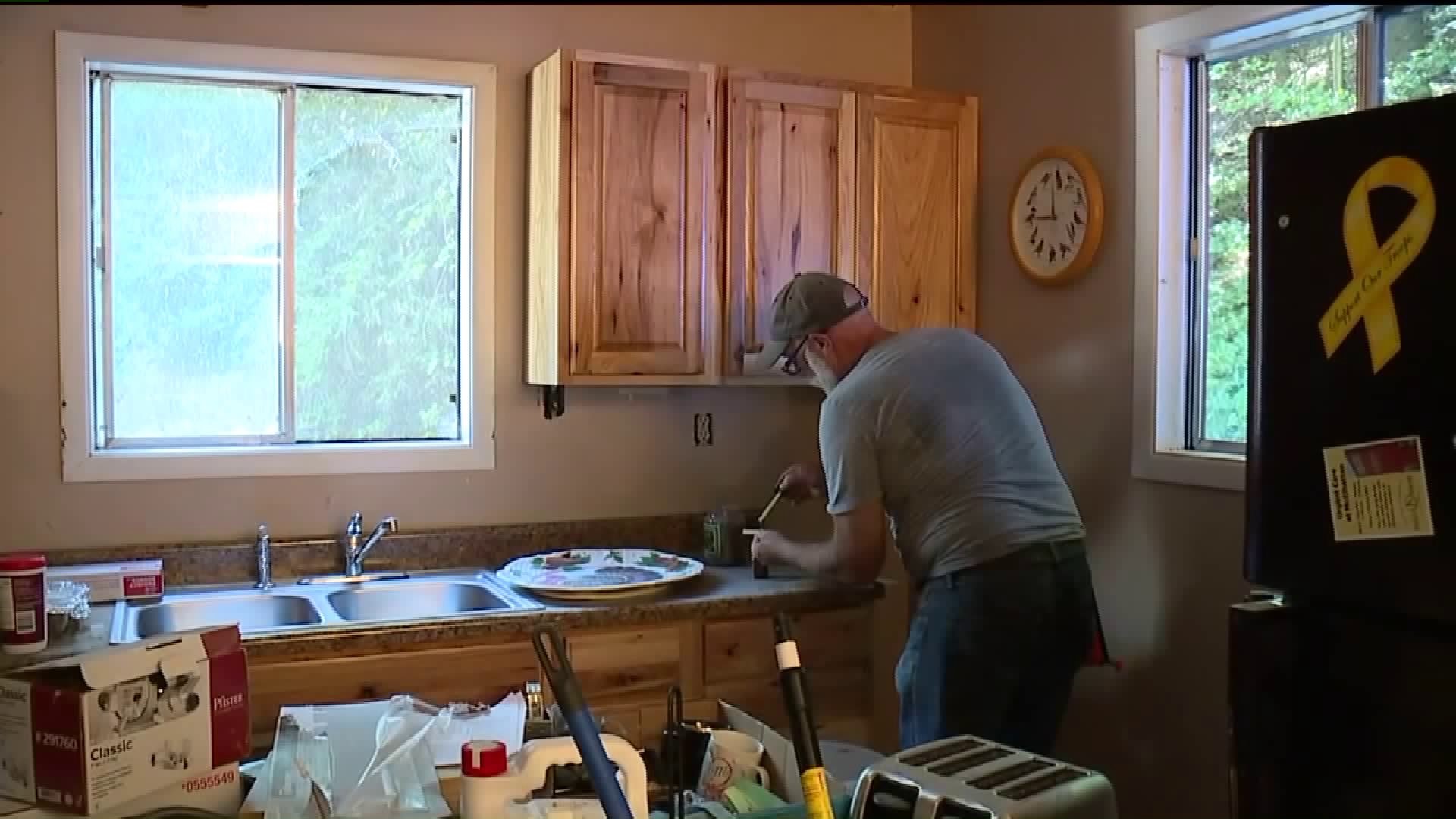 PINE CREEK TOWNSHIP -- With little upkeep, a home tucked away in Avis has been slowly deteriorating from the inside out. It was on the verge of being demolished, that is until about two weeks ago.

Don Alexander and volunteers from "Jersey Shore Transform," a Christian organization that helps repair homes in the community are helping breathe new life into the home.

Thanks to donations the home can be repaired, but what about the people who live in it?

An American flag in the home belongs to Vietnam veteran Joel Heivley. Joel and his wife Jere have lived in Pine Creek Township for decades.

"He helped us many years ago in Vietnam and we are here to help him right now,” said Alexander.

Over the years, upkeep on the house has gone to the wayside because Joel and his wife are struggling with their health.

"Mrs. Heivley is blind. She has diabetes and she has also has lost one kidney. Mr. Heivley went into the house three weeks ago with congestive heart failure," said Alexander.

Since his health scare, Joel has been living at Manor Care Health Services in Jersey Shore. The couple won't be able to move back into their home until enough improvements are made that the home is safe to live in again.

"I really enjoyed seeing it all come together from what it was before, which was really bad to this seeing all the cupboards coming in and the painting and the floors. It was a really transformed house honestly," said Marybeth Davis.

14-year-old Marybeth Davis has been helping at the house. She and many of the other volunteers are hopeful the improvements will be just what the Heivleys need.

"This gives me a good feeling to help someone that is really appreciative. I talked to him one time he couldn't talk he kept breaking up because he was just so happy for what people were doing for him," said Alexander.

To help with the costs to repair the home click here.