BLOOMSBURG — Bloomsburg was one of the areas hardest hit by the flood of September 2011, with many homes and businesses devastated by flood waters. One ye... 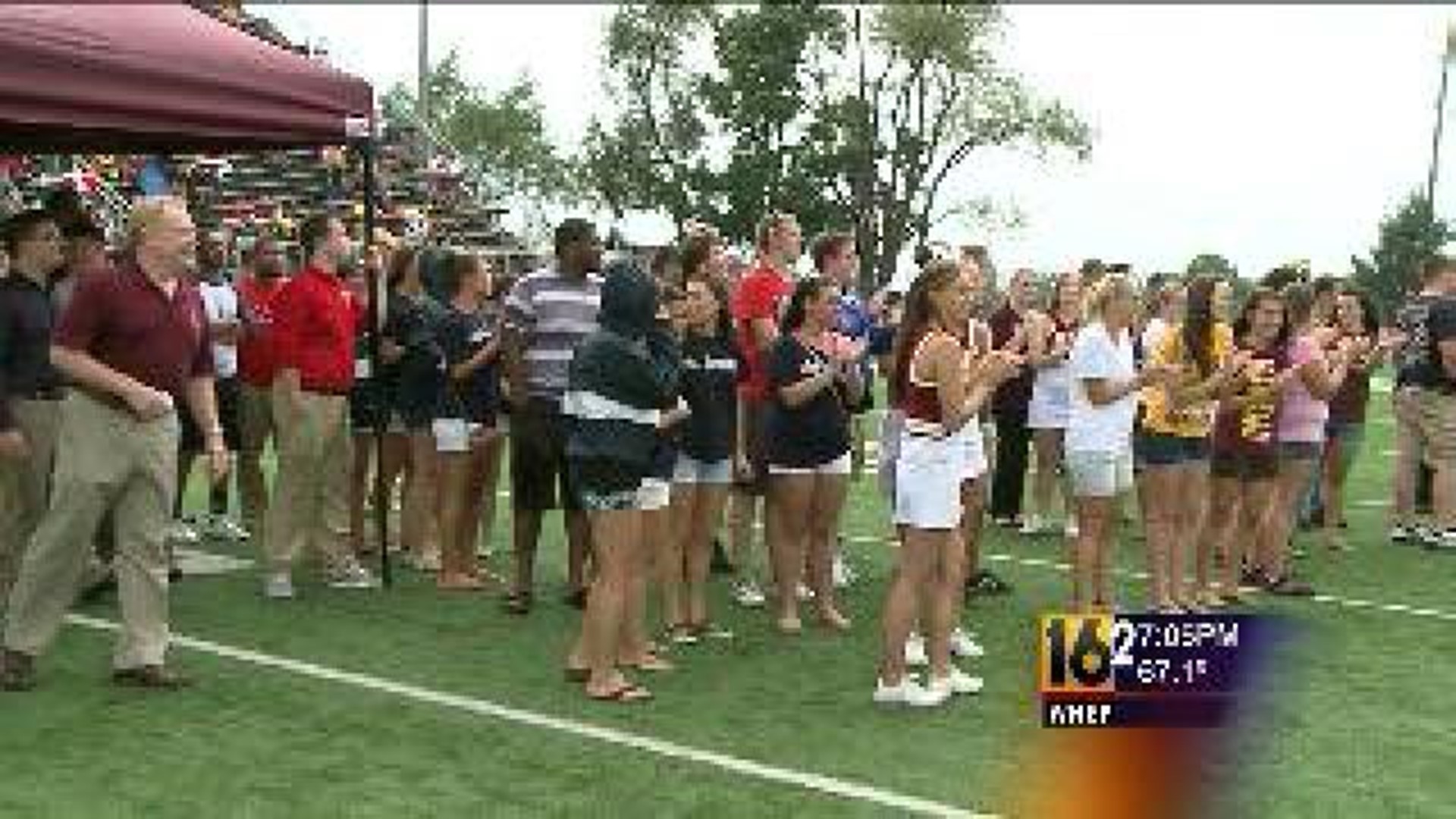 BLOOMSBURG -- Bloomsburg was one of the areas hardest hit by the flood of September 2011, with many homes and businesses devastated by flood waters.

One year ago, thousands of volunteers came together to help the community.

On Saturday, during Bloomsburg University's football home-opener, dozens of organizations, representing thousands of volunteers, were honored for their efforts in helping the community recover and rebuild.

One year after the flood of 2011, the Bloomsburg community once again came together, this time to say thank you.

During the Huskie's football home opener, Bloomsburg University honored the many student and community volunteers who lent a helping hand when others needed it most, showing they are "One Town, One Team."

"There`s really no better way for us to honor those involved than say, 'Come out, enjoy a day, celebrate together,' because it was a tough recovery, and we`re still recovering. But at the same time, we`re all able to celebrate for one goal and that is returning the town to what it was," said Bloomsburg University athletic director Mike McFarland.

The images of the Bloomsburg area one year ago are unforgettable. The Susquehanna River and Fishing Creek devastated homes, businesses and more.

Many of those honored said Mother Nature could not destroy the community spirit.

"This community really brought itself together, looked after their neighbors. The donations were awesome," said Eileen Chapman, an honoree and executive director of AGAPE. "We put in about 22-23,000 volunteer hours in that six weeks and it was just awesome."

"There were so many people involved and so many willing hands, just to try to help our town that we live in, that we became a part of, to get back on their feet," added Bloomsburg student volunteer Marcus Fuller.

Even though a lot has been done in the past year to help the community recover from the flood, many of the organizations and volunteers being honored said their work is far from over.

So the Bloomsburg community is again helping out by collecting more than $1,000 for several organizations that continue to aid in flood recovery.

"People helping people. That`s what a small community is all about and I think everybody stepped up, did their part," added Lance Diehl, President and CEO of First Columbia Bank. "It was just great to see the community, the banks, the businesses, everybody stepped up to help the people recover to the best that we could."

"So it`s great to be able to say we`re one town, one Bloomsburg," added Fuller.

Admission to the Huskie's first home game was also free in honor of the flood recovery recognition day.

The Huskies defeated Edinboro 30 to 14.