FRANKLIN TOWNSHIP – A volunteer ambulance crew is being praised for helping deliver a baby boy in a hospital parking lot early Tuesday morning. From her hospita... 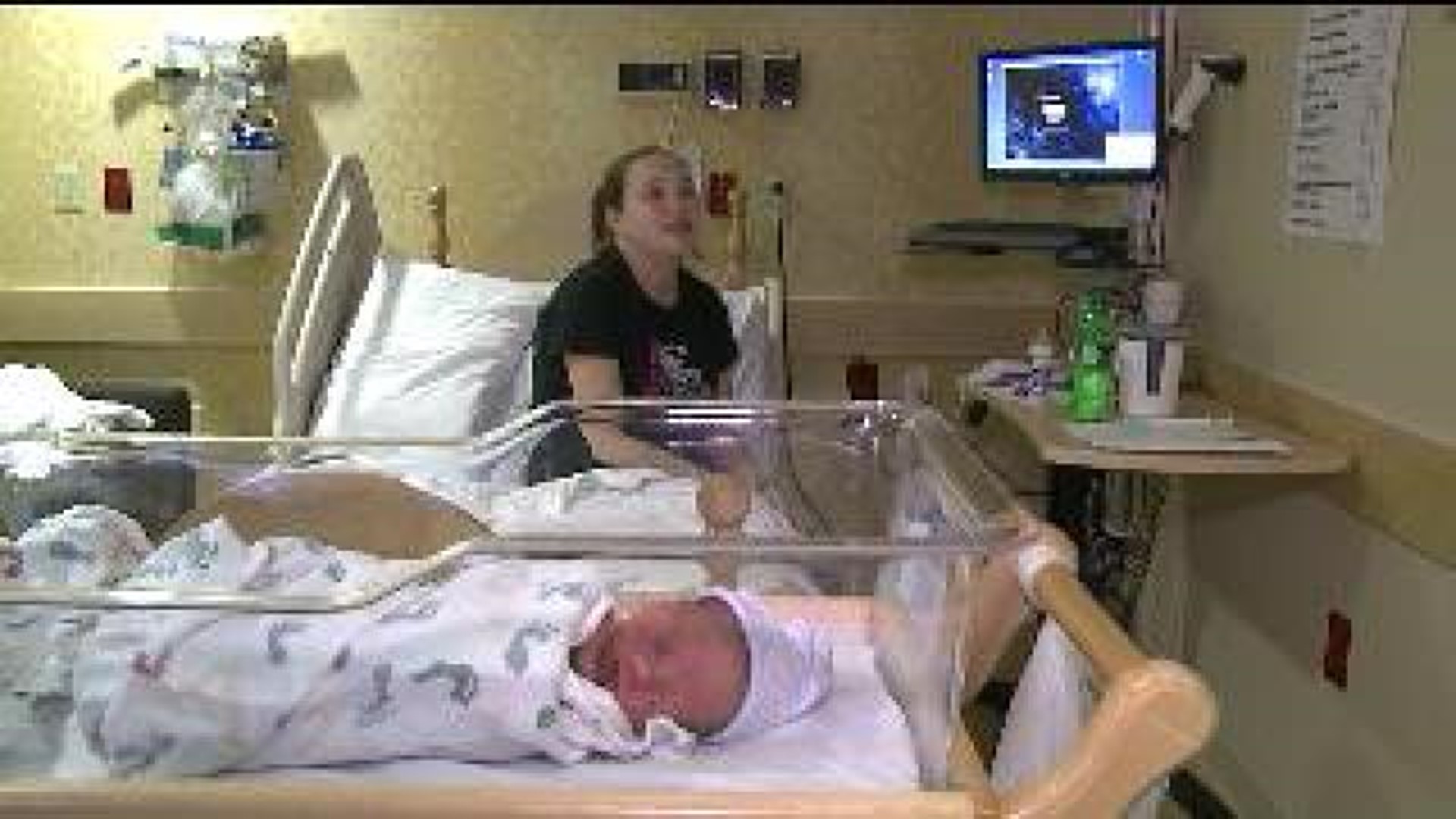 FRANKLIN TOWNSHIP – A volunteer ambulance crew is being praised for helping deliver a baby boy in a hospital parking lot early Tuesday morning.

From her hospital bed at Geisinger Wyoming Valley Medical Center near Wilkes-Barre, Raquel Daniels told Newswatch 16 that she called 911 when she started having contractions Monday night, about a month before her due date.

Daniels said a volunteer crew from Franklin-Northmoreland Township Ambulance Association, and a paramedic from Kunkle, rushed her to the hospital.

“I had to push and I wanted to make sure that he wasn`t going to come out without them being ready. So they pulled over a couple times and checked and everything but, he waited until we pulled in the parking lot,” said Daniels. “It was painful, uncomfortable and it wasn`t quick enough. But it all worked out.”

The crew delivered baby Corbin as the ambulance was pulling into the emergency room parking lot in Plains Township.

Other than being born a month early, Daniels said her fourth child is doing well.

“He’s quiet, he’s happy. He doesn’t cry; he’s a good baby and he’s healthy,” said Daniels. “I just want to thank them for being there and helping me. If it wasn’t for them, I don’t know what I’d do.”

Franklin-Northmoreland Township Ambulance Association Chief Ernie Gay told Newswatch 16 that volunteers from that department haven’t delivered a baby in an ambulance in the past two decades.

“We then had two patients; mother and son,” said Gay. “My guys did one heck of a job.”

Gay said the department only has one ambulance and ten volunteers, and he’s looking to recruit more members.