LITCHFIELD TOWNSHIP — The National Weather Service was in Bradford County Friday to investigate if it was a tornado that caused extensive damage Thursday.... 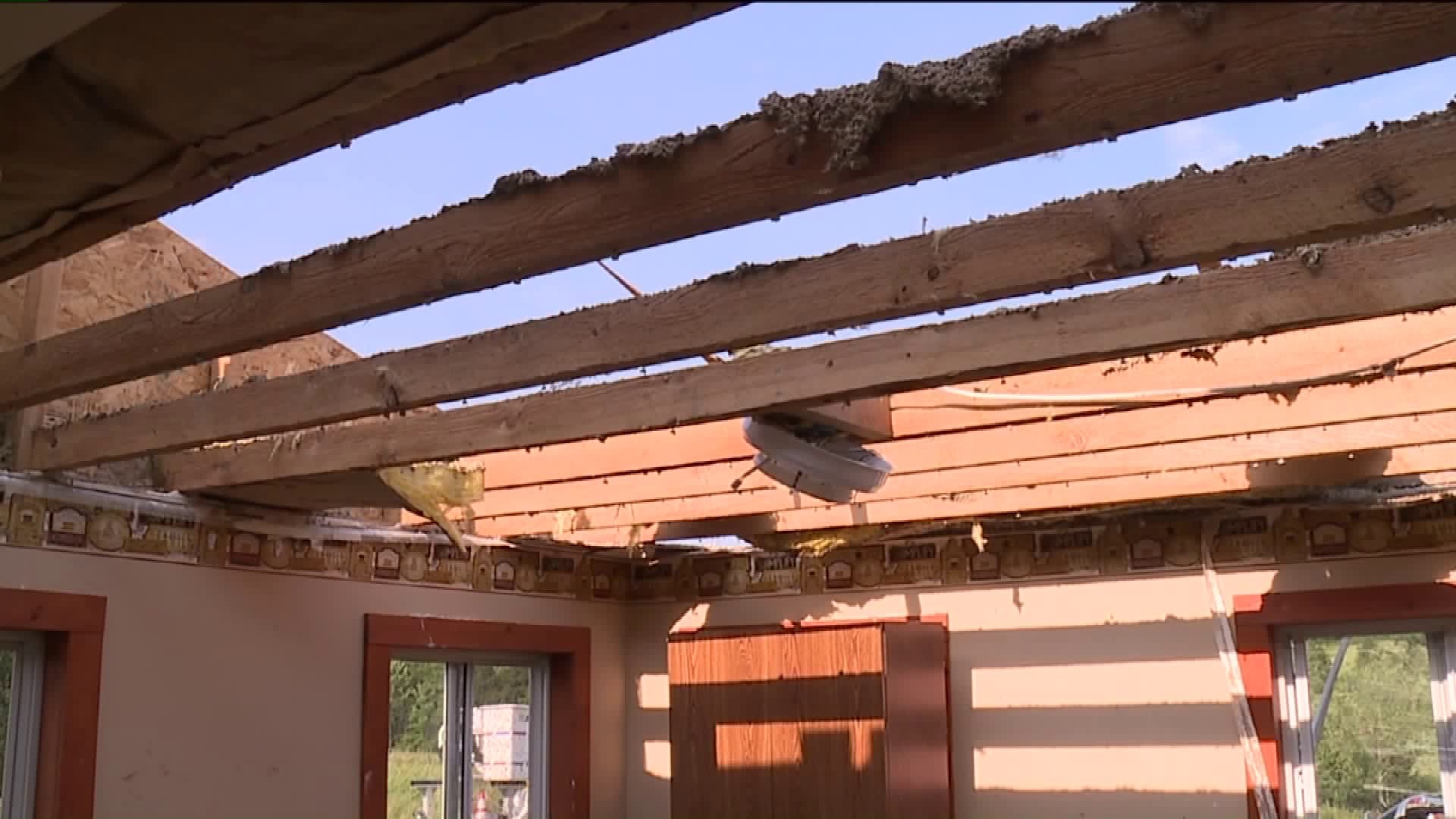 LITCHFIELD TOWNSHIP -- The National Weather Service was in Bradford County Friday to investigate if it was a tornado that caused extensive damage Thursday.

Among the victims to the destruction was a home that had its roof torn off.

“It just rained right in. I mean, huddled here and I mean, I'm screaming,” said Joyce Arnold. “We're right here and like 15, 20 seconds probably gone and he said the roof is gone.”

Arnold was standing in what's left of her kitchen after a violent, brief storm blew through this part of Bradford County, taking the roof right off her home.

“Me and my husband were inside, I heard it start raining, I thought it was hail,” said Joyce. “Blew a hole in the window and the rain just come in and huddled and then the next thing it was over and he said the roof's gone.”

The storm caused more damage around the home in Litchfield Township.

Pieces of the Arnold`s roof landed down the road by their daughter, Emily's home.

She came running over when she saw the roof was gone.

“Not knowing if they were okay because I looked up and just saw the roof was gone, because my parents and son were doing hay like 5 minutes before that,” said Emily Rough.

“We were putting a tarp on hay on the hay wagon because it was starting to rain and we thought we could save the lower ones,” said Emily son’s Garrett. “Got in the door, maybe two, three minutes later it hit.”

The damage seemed to be contained to a strip of Arnold Road where the family lives, just outside of Rome.

The National Weather Service was in the area and determined it was done by straight line winds.

“The ceiling, it was here but it fell about 1:30 this morning,” said Joyce, pointing the gaping hole where the roof and ceiling once was in the kitchen. “Yeah, water's leaking in all the light fixtures, stuff like that so.”

As for the house, the Arnolds believe it could be a loss.

“What do I think?” said Joyce’s husband, Jack. “I need a dozer. I don't think there`s much left, there's so much water in there, the floor's getting soggy, everything so.”

The Arnold's do have homeowners’ insurance and have contacted an agent.

The Bradford County 911 Center says no injuries were reported from last night's storm.