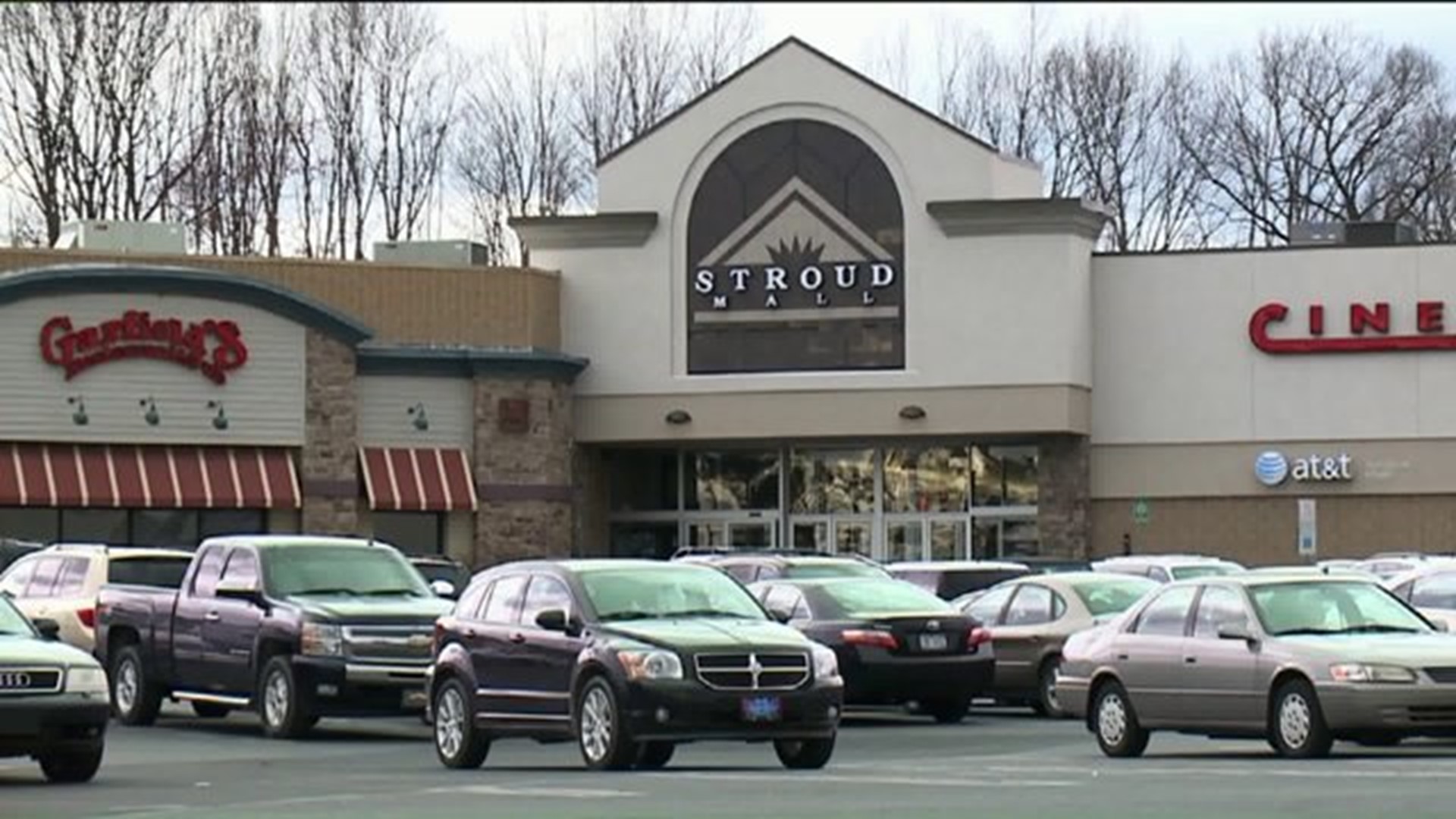 STROUD TOWNSHIP -- Stroud Area Regional Police said once again, there has been bloodshed outside Stroud Mall in Monroe County.

They said Saturday night, after an argument, a male was stabbed twice outside the mall.

Investigators are searching for a group of young men in connection with the attack.

"I think that's really sad and how people are these days like violence is not the answer. Especially a stabbing," said Dana Russell of Kunkletown.

On Easter Sunday, a woman was attacked outside the mall after a movie.

She said she asked some teens to quiet down during the movie and later, she and a female relative were attacked in the parking lot.

The search continues for her attackers.

"In my opinion, it's a good mall and certain things happen every now and then, but that's anywhere you go. In an area like this where it's more family oriented, things like that shouldn't be happening," said one shopper.

Almost everyone Newswatch 16 spoke with had the same reaction to violence at the mall: get more security.

"It's a nice mall. It's just horrible what's going on. They should definitely have more security and more, you know, cops or something around here to start monitoring everybody 'cause it's not fair that you can't even go out anymore to anywhere," said Kimberly Sawicz of Kunkletown.