HAZLETON — This is a special Veterans Day for Gerald Brekke. Something so dear to him has finally been returned. “I was just proud to get these meda... 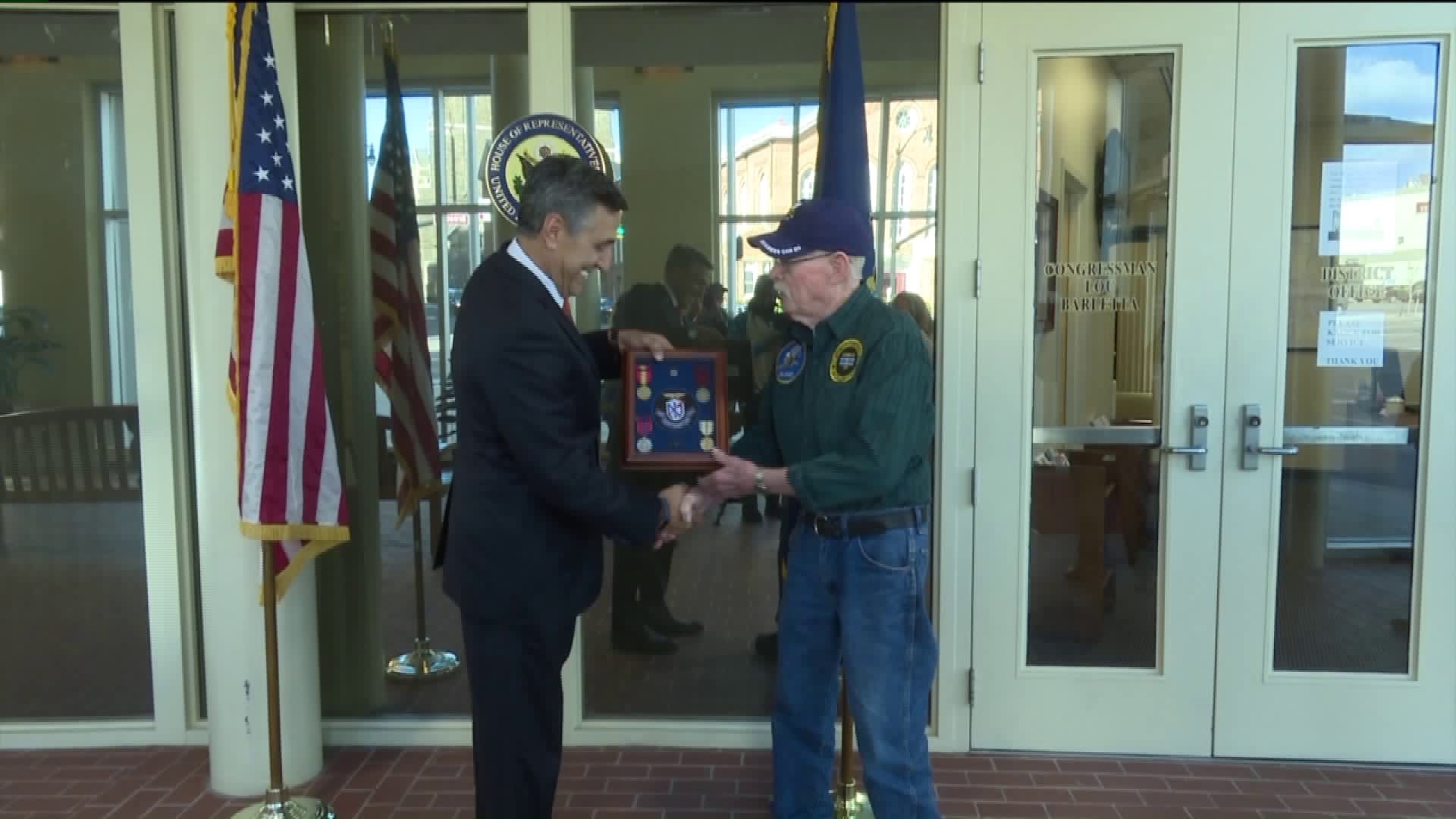 HAZLETON -- This is a special Veterans Day for Gerald Brekke. Something so dear to him has finally been returned.

"I was just proud to get these medals, and I was proud to serve in the military," Brekke said.

Brekke served in the Navy for 21 years. During that time, he earned multiple service medals. But, in 2003 those medals were stolen from him at an estate sale for his son that had just passed away.

Nearly 15 years later, those medals were returned to him during a ceremony held at Congressman Lou Barletta's office in Hazleton.  Some of Brekke`s children attended.

"He doesn't really like a lot of fanfare," Brekke's daughter Diane Barrett said. "But, I thought it would be nice for him."

Brekke`s family contacted Congressman Barletta's office to help him find the four medals he lost. As they were searching for them, it turns out Brekke had earned another medal he didn't know about.

"We love to do that research and find these medals and then share that moment with our country," Congressman Barletta said. "To say thank you for their service."

Brekke is thankful to be reunited with these accolades on Veterans Day and hopes his successes in the military will inspire others to join.

"I think every young man now should consider going into the military and getting some real good training," Brekke said.

Other veterans looking to find lost medals can contact Congressman Barletta's, or their districts congressman's office.