PLAINS TOWNSHIP — There are more than half a dozen televisions inside the Polish American Veterans club in Plains Township. This Veterans Day weekend, non... 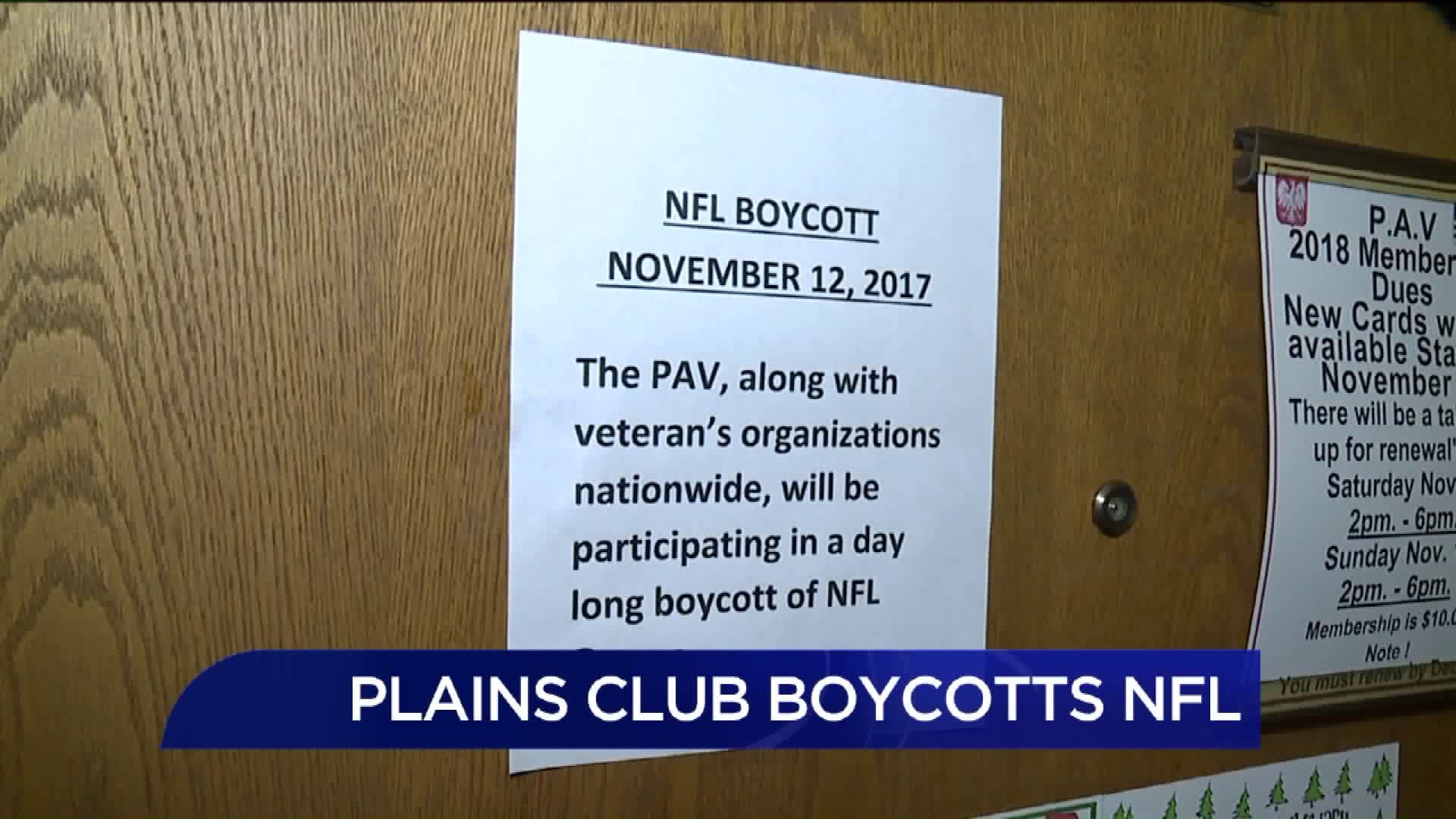 PLAINS TOWNSHIP -- There are more than half a dozen televisions inside the Polish American Veterans club in Plains Township.

This Veterans Day weekend, none of the screens will show NFL games.

The club's leaders voted unanimously to boycott the NFL this weekend.

“I think it's something we need to do. We need to support our veterans, you know. What we have in this country the reason we have it is because of our veterans. They're the ones who in some cases made the ultimate sacrifice,” said club member Donald Nixon.

There's been controversy for months now as some NFL players sit or kneel during the national anthem, protesting in part what they call unfair treatment of minorities by members of law enforcement.

Some call the protests disrespectful.

"Police officers are out there to do their job, quick decisions have to be made. I hope each and every time they make a good decision. If bad decisions are made, the court should decide that. By kneeling down because you don't like what police officers are doing, I hope you have all the information,” said Commander Jerome Majeski.

The Veterans Day weekend boycott is being promoted on Facebook and tens of thousands around the country have pledged to tune out the NFL this weekend.

Not showing football on Sunday may make some upset, but leaders say it's the right thing to do.

"If we lose patronage, fine, we'll do it, we'll take the hit, it's not a problem. Veterans make that sacrifice. We're willing to do it,” said Commander Majeski.

The leadership here at the Polish American Veterans organization says the boycott of the NFL may go past this Sunday.

They could vote to continue the boycott every Sunday through the rest of the year.

"We feel strongly about our country and we're very proud of our country and our servicemen who gave their lives so they can have the opportunity to play football. We're in favor of protesting the NFL, watching the football games for the rest of the year in here,” said Dave Wysocki of Plains Township.