Veteran Who Lost His Home in Puerto Rico Gets New One in St. Clair

ST. CLAIR — Army veteran Vercio Wiley was gifted a new home in St. Clair by an organization called We Agape You. Wiley was injured by an IED in Iraq. Afte... 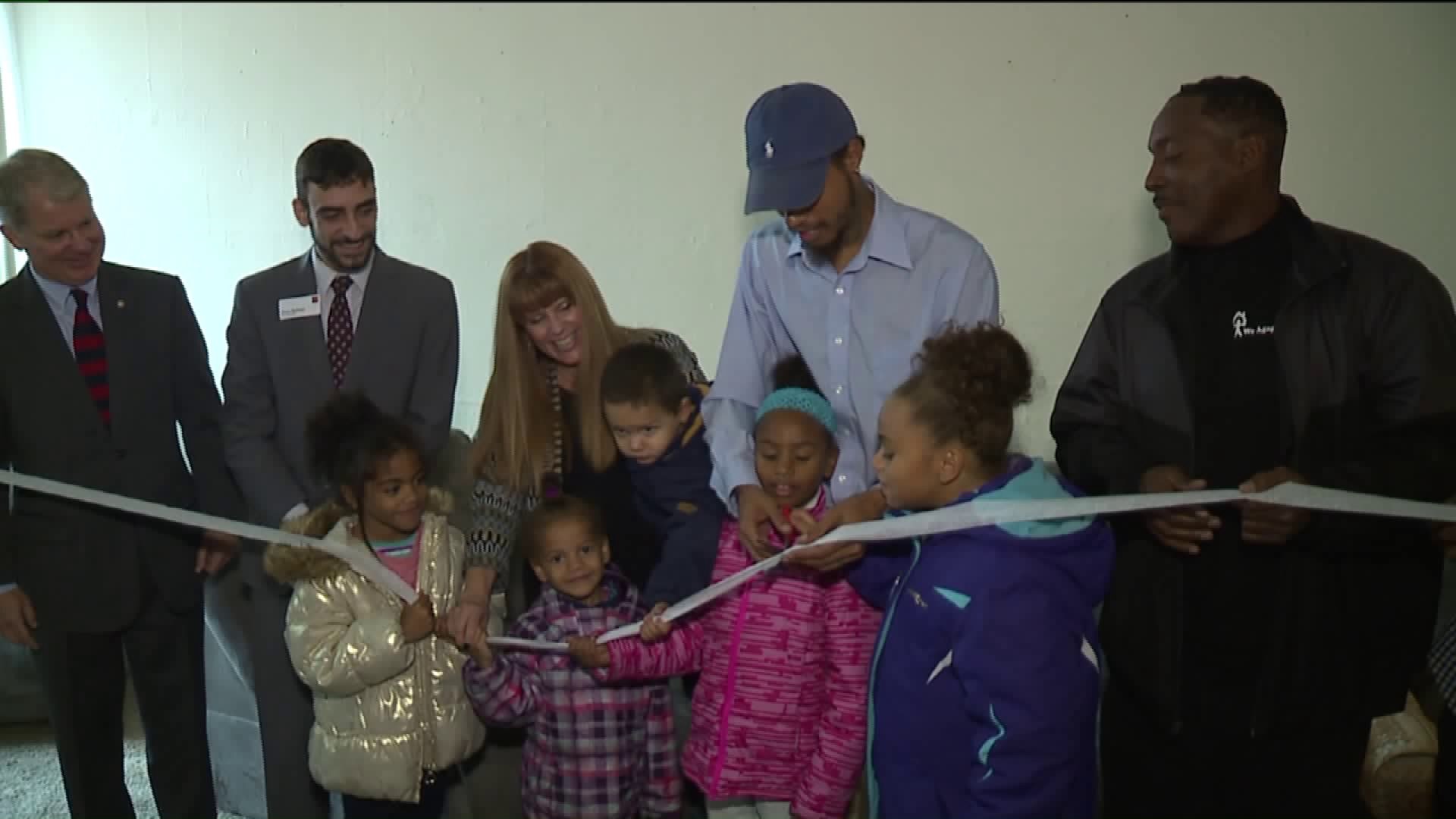 ST. CLAIR -- Army veteran Vercio Wiley was gifted a new home in St. Clair by an organization called We Agape You.

Wiley was injured by an IED in Iraq. After his service to the country, he and his kids moved to Puerto Rico. Tragedy struck him again this year when Hurricanes Irma and Maria came through. He had to move back to the U.S. last month.

"The hurricanes in Puerto Rico destroyed the house that we were living in, so I came up here with the children," Wiley said.

After Wiley returned to the United States, he found We Agape You and began volunteering with them.

"He volunteered to come and help us because we fundraise at Walmarts and so forth," We Agape You President Randy Simmons said. "He hasn't missed a day and someone 28 years of age, that responsible, been through as much as he's been through, blowed up in Iraq. It was a no-brainer."

We Agape You is a non-profit religious organization that helps find veterans jobs and housing in this part of Pennsylvania. The homes they gift to veterans are donated to them by Wells Fargo.

Wiley applied to be placed in a home. After his application was approved, he was able to buy it for just one dollar.

"Definitely happy," Wiley said. "It's just a lot going on. Surprised. It feels great to be back, you know, don't have to worry about any natural disasters or anything. It's wonderful. The kids are happy. I'm happy."

The house has seven bedrooms, a basement, and a backyard with plenty of space for the kids to play in.

The We Agape You members look forward to watching Wiley and his family begin their new journey.

"He's there raising these children by himself," Simmons said. "So, we just want him to go on with his life and know that people care about him and veterans."

Community members also donated furniture and a car to Wiley through We Agape You.