POTTSVILLE, Pa. — A vehicle crashed into a doctor’s office in Pottsville on Monday, and when people rushed to the scene, they found there was no dri... 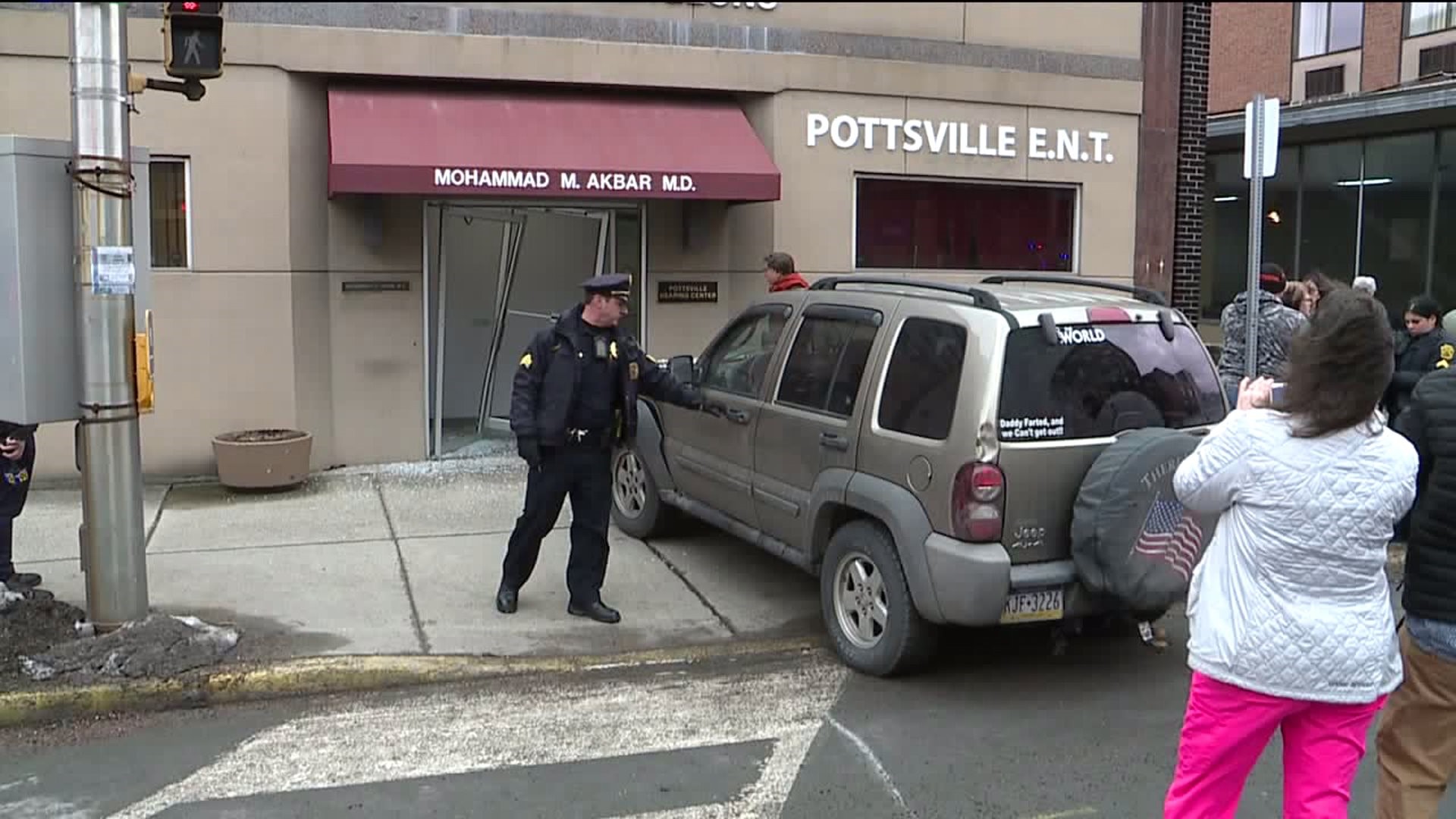 POTTSVILLE, Pa. -- A vehicle crashed into a doctor's office in Pottsville on Monday, and when people rushed to the scene, they found there was no driver inside that Jeep.

The sounds of a collision and shattering glass shook part of South Centre Street in Pottsville around noon.

"I turn around and look, thinking maybe it was equipment. We had some people here working in the office earlier, and I thought, 'Wow, that sounded heavy,' and then we started thinking a car accident," said Beth Karmazin, Pottsville ENT employee.

Police say the Jeep Liberty was parked along Mahantango Street in downtown Pottsville. For some reason, the Jeep started rolling downhill from its parking spot, across South Centre Street, and then crashed through the doors of the ear, nose, and throat clinic.

"I put the vehicle in park. I went inside, and her daughter was coming through and said the Jeep came down through the light and hit into the building. I have no idea what happened," Miller said.

Workers inside Pottsville ENT tell us they were going about their normal Monday morning routine when they heard a loud boom. One worker told us she thought a bomb went off.

"I was sitting at my desk doing my typical daily work and I felt this huge bang. My first thought was there was a crash outside, maybe somebody hit a pole, so I immediately ran out front, and there was shattered glass. I thought, 'Whoa, I'm not going there," said Sue Ann Bann.

Pottsville police tell us the crash is under investigation.

Officials add the Jeep either wasn't put in park or a gear may have slipped.

No one was hurt, but a worker with a cable company walked out of those doors just moments before the Jeep went crashing into the building.