SCRANTON, Pa. — A Newswatch 16 investigation caused a local political party to call off a raffle for a Caribbean vacation. The Lackawanna County Democrati... 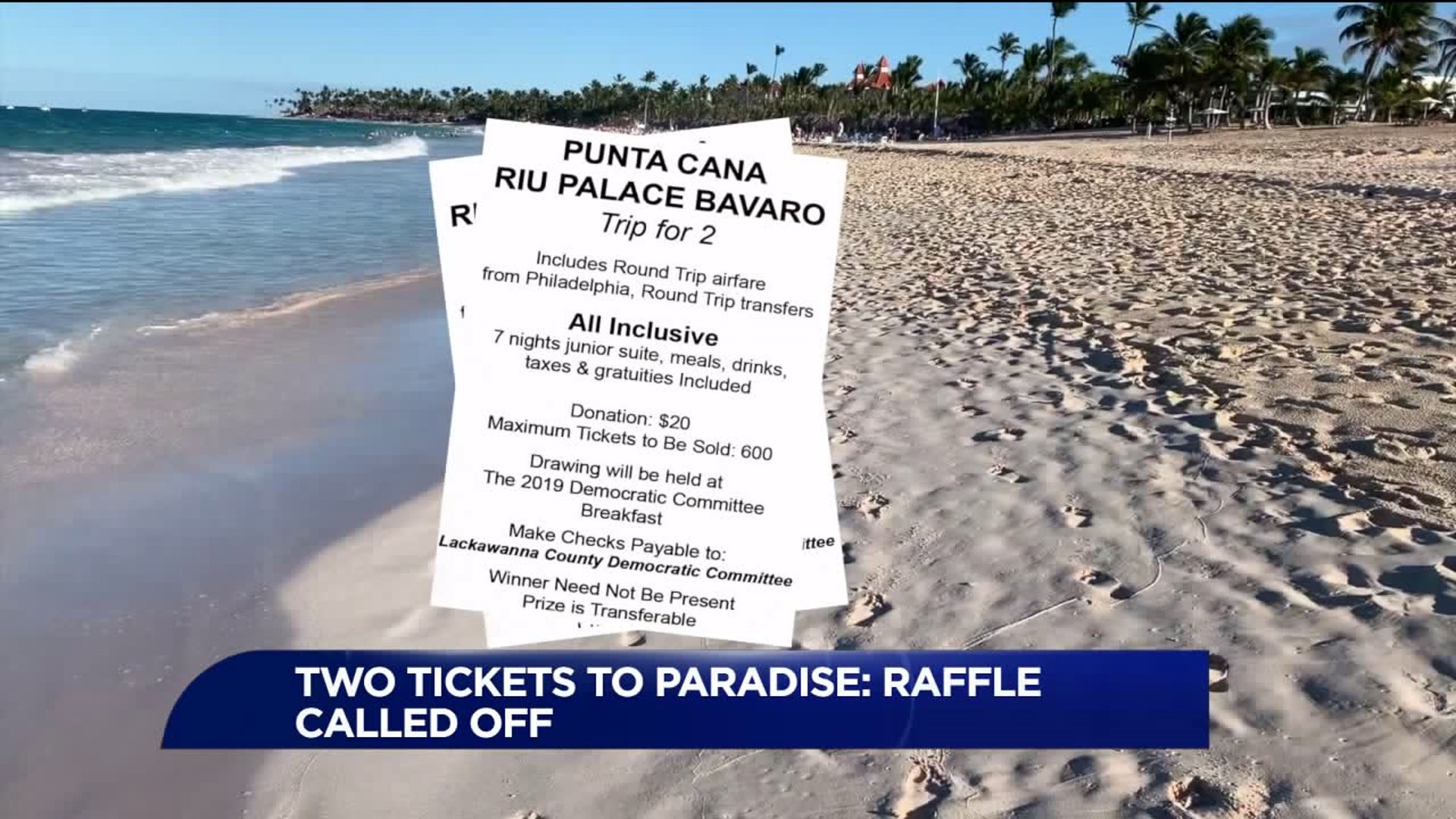 SCRANTON, Pa. -- A Newswatch 16 investigation caused a local political party to call off a raffle for a Caribbean vacation.

The Lackawanna County Democratic Party planned to raffle off a trip to a Caribbean resort on Saturday morning.

The party hoped to raise about $7,000, but after we told party chairman Chris Patrick the raffle appeared to break state law, he called off the drawing.

The Lackawanna County Democratic Party was selling two tickets for a week at a luxury resort in the Caribbean, airfare included.

"It certainly seems to be violative of the statute that violates small games of chance," said attorney Frank Ruggiero.

Ruggiero is a lawyer who gives advice to local charities on the laws of fundraising. He says the Democratic Party's Caribbean raffle breaks state law.

The Small Games of Chance Law allows religious, veterans, and fraternal charity groups to raise money through raffles, and 50/50 drawings.

Government web pages across Pennsylvania have pages of frequently asked questions about the Small Games of Chance Law.

One reads: are political parties eligible under the act?

According to state law, a county's district attorney determines if a raffle is a violation.

Lackawanna County District Attorney Mark Powell says in this case, the law appears to have been broken.

"If, in fact, they have solicited money improperly, they should not have the drawing and they should return the money to the contributors," Powell said.

As we put together this story, Lackawanna County Democratic Party Chair Chris Patrick called off the raffle and promised to refund everyone who bought $20 tickets.

Patrick tells Newswatch 16, "I was not aware of the law. No one in the party committee ever intended to break the law."