UNIVERSITY OF SCRANTON — The ballroom inside the DeNaples Center was riled up early on in the game as the University of Scranton Women’s basketball ... 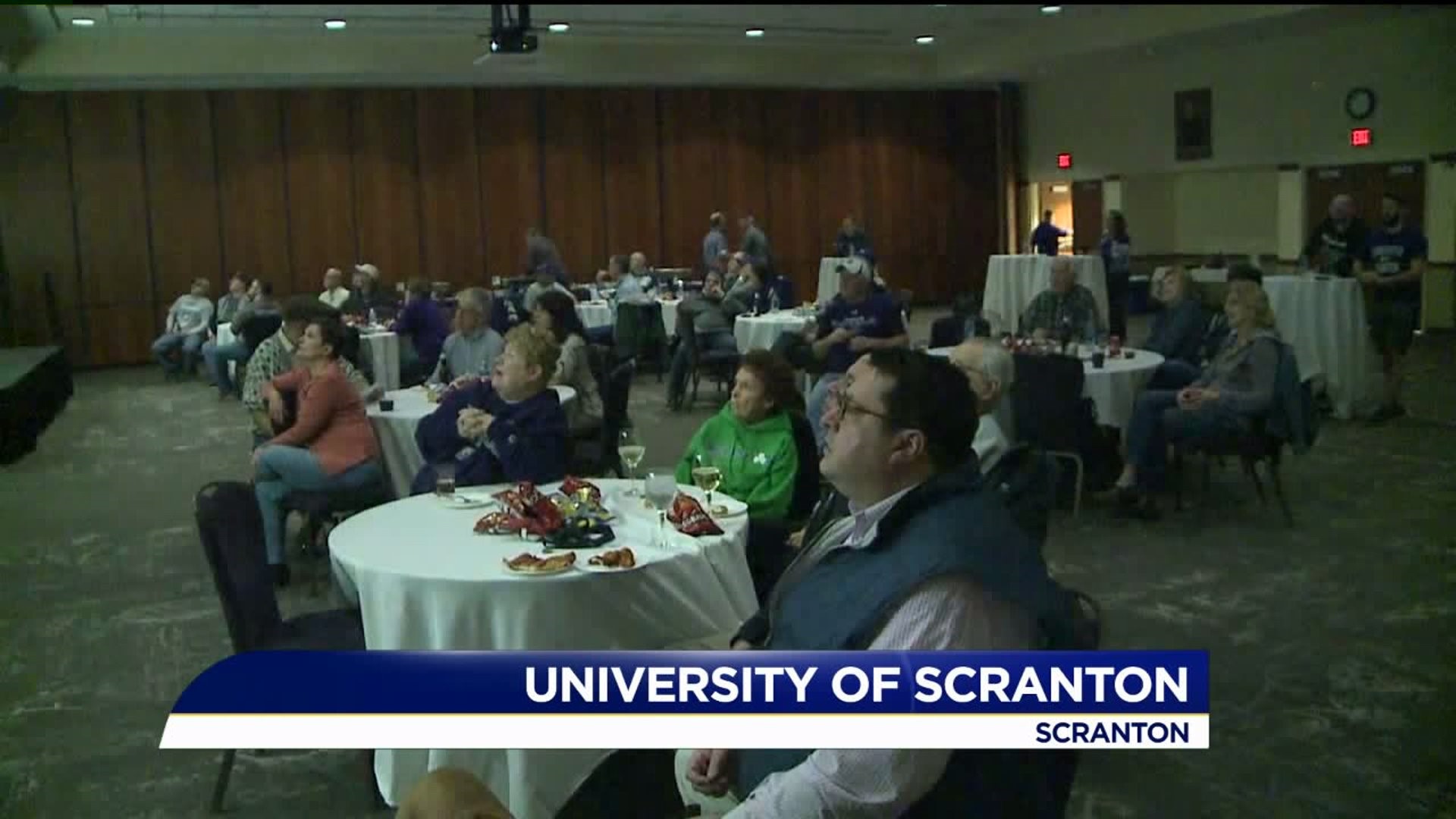 UNIVERSITY OF SCRANTON -- The ballroom inside the DeNaples Center was riled up early on in the game as the University of Scranton Women's basketball team faced off against Thomas More University from Kentucky in the Final Four.

“Everyone is a royal, today especially. It`s a great day to be a royal. we love to say that on this campus,” said Dr. Kim Pavlick, a communications professor.

The university hosted a watch party so fans could cheer on the Lady Royals as they battled it out on the court in Virginia.

This is the first time the team has made it to the national semifinals since 2006 and people here couldn't be prouder.

“It's great, we're sort of use to success here, in women's basketball and men's basketball. This team, with being so young, is a wonderful accomplishment,” said Will Conover, a professor emeritus.

“I think it's fantastic, we're very proud of them and we've always followed the teams, always,” said Kathy Belack, a retired library aide.

The Lady Royals did have an uphill battle as they were facing the top-seeded team in DIII. But fans had hope.

“They have incredible heart and watching them last weekend, in two games in which they were both the underdogs, they played incredibly well,” said Fr. Scott Pilarz, S.J., the university’s president.

The university says this watch party is open and free to anyone affiliated with the university, their friends and family.

“So, when our teams make it this far, it's a big deal and we want to make a big deal of it so we have a great community of people who maybe can't necessarily drive to Virginia but we want to be able to root them on together,” said Ashley Alt, one of the organizers.

“It's great. All of us couldn't get there so this is fabulous, it's very nice,” said Fr. Ron McKinney, S.J., a philosophy professor.

“Excellent, they're very family oriented. Take it from me, I know,” said Belack, who worked for the university for nearly 30 years.

And it was a nailbiter of a game with a close score throughout. Unfortunately, the Lady Royals lost 69 to 56.