TOWANDA–Dozens of law enforcement officials and people from Bradford County came together Monday to remember two lives that were taken away too soon. It w... 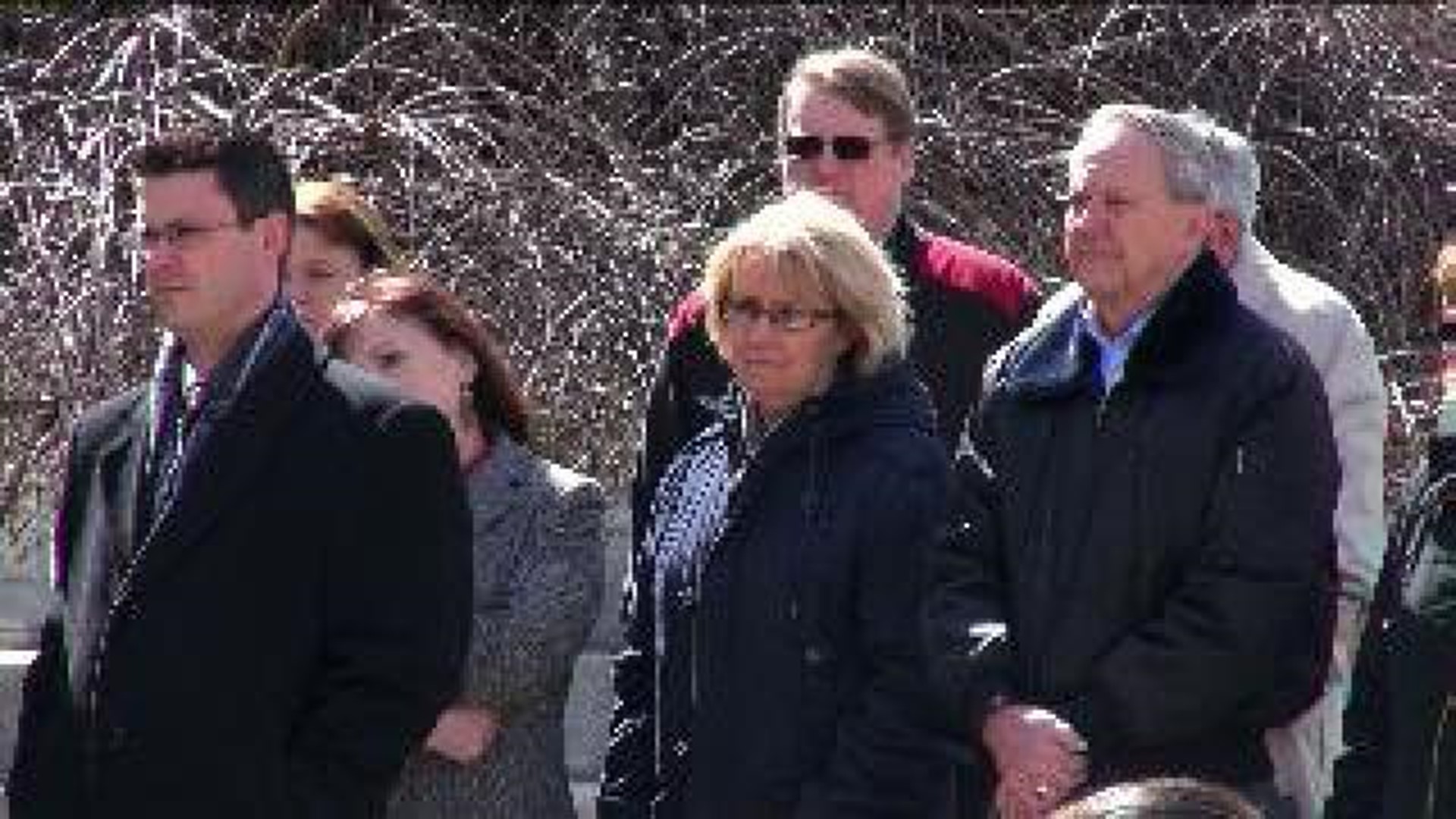 TOWANDA--Dozens of law enforcement officials and people from Bradford County came together Monday to remember two lives that were taken away too soon.

It was 10 years ago, on March 31, 2004 -- when sheriff's deputies, Christopher Burgert and Michael VanKuren were killed in the line of duty.

"I think about how 10 years ago literally was the worst day of my life. Like the worst day ever," Burgert's widow, Kim Burgert said.

The two deputies were shot by Dustin Briggs while they were serving an arrest warrant at a home in Wells Township.

Briggs was convicted of two counts of first degree murder in 2006 -- and at the time claimed he was innocent.

Briggs has been on death row ever since.

Now- a decade later, the two men he killed are still being remembered.

Among those paying tribute: Burgert's son who is now 12 years old.

"I just wish I knew him," Christian Burgert said.

Family members say even though its been 10 years, it's still hard to come to grips with what happened.

But what does make things a little easier - is knowing the community still has their back.

"Losing a child is not easy. It is one of the worse things you can go through, and to see the community come behind you and support you, it's wonderful," Burgert's mother, Margo Davidson said.

That includes the acting sheriff at the time of the murders, Steve Evans.

"They were worthy of this honor. They were fine guys who really believed in what they were doing. They didn't have a job, they had a mission," Evans said.

"Even though it was so horrible, it showed me how wonderful our area is like the people and the support," Kim Burgert said.

Briggs was supposed to be put to death last March.

He was granted a stay of execution which means there is still time for an appeal of his conviction and sentence.