Two Running to be Wilkes-Barre’s Next Mayor 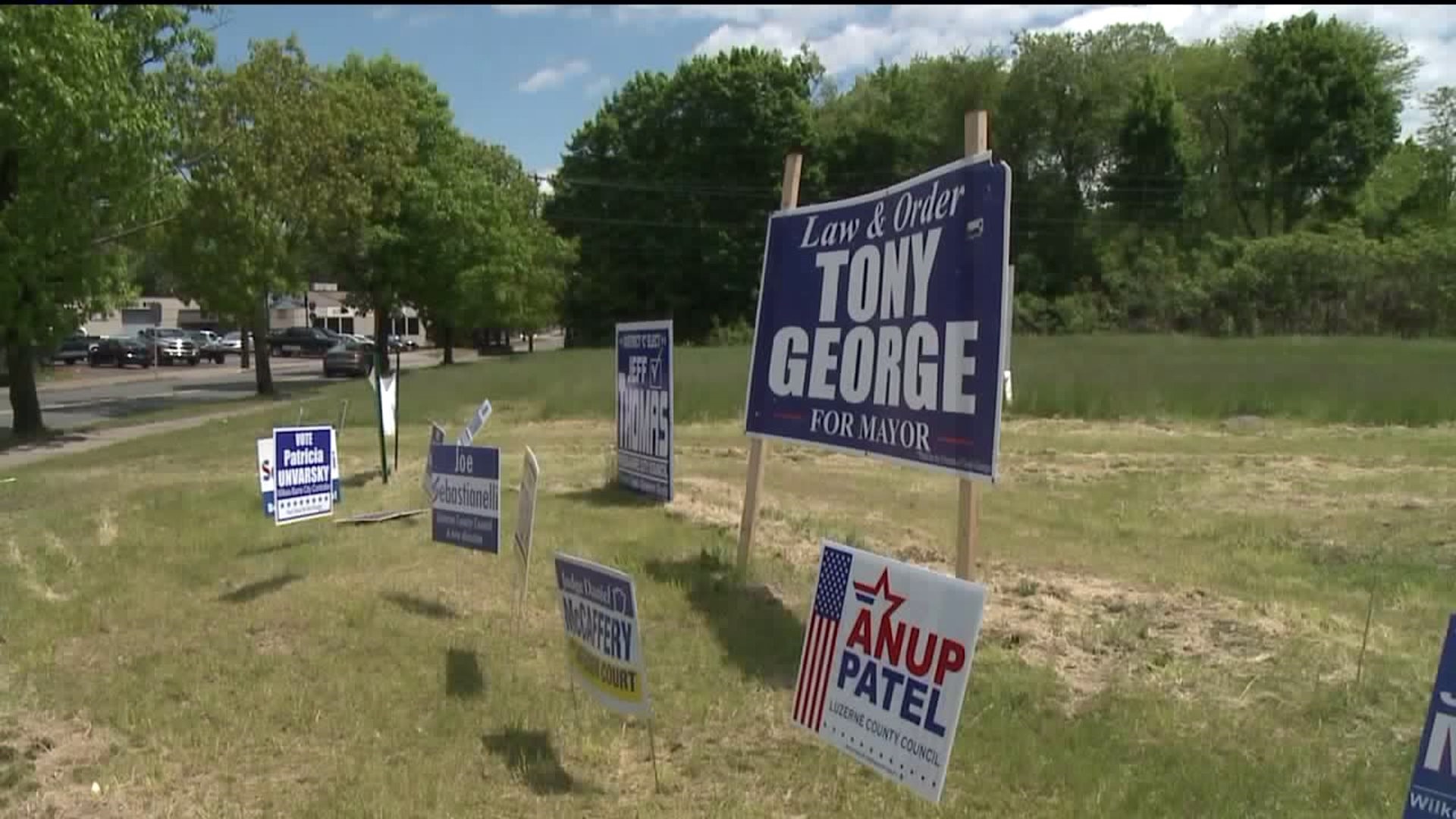 When you see campaign signs on people's yards, you know it's election time. The biggest race in Wilkes-Barre is the battle to become the city's next mayor.

The candidates in Tuesday's primary election are current mayor, Democrat Tony George and his opponent, who is also a Democrat, longtime businessman George Brown.

"Over the last three and a half years, what I've seen happening to the city under the current leadership, I don't want that to continue," Brown said. "With my background and 38 years of business experience, master's degree in organizational management, and a bachelor's degree in human resources, I know how to run a city."

Brown ran against George during the last election. He lost by 150 votes.

We caught up with Brown as he went door-to-door in south Wilkes-Barre asking citizens for their votes. He tells us he's visited about 1,400 homes.

"(I) want to bring back the safe streets," Brown said. "I want to clear up the blighted properties, and I want to work towards bringing back economic development."

Mayor Tony George is running for his second term in office.

"People should vote for me to keep the momentum going," George said. "We're on a roll. People are coming into Wilkes-Barre. People know that Wilkes-Barre is the place to be now."

He says in his time in office, he's worked to reduce blight through his "taking it to the streets" initiative.

As one of the city's former police chiefs, George also mentioned his efforts to reduce crime. He says that when the city had several incidents of gunfire earlier this year, he worked with the police department to bring those people to justice.

"All of those people were arrested," George said. "If anybody says they're going to eliminate crime, they don't know what they're talking about. Crime has been here since the beginning of time. It's going to be here until the end of time."

There is no Republican candidate on the ballot. The primary election is next Tuesday, May 21.