The deadly crash happened on Route 6 in Wyalusing around 8 a.m. Monday 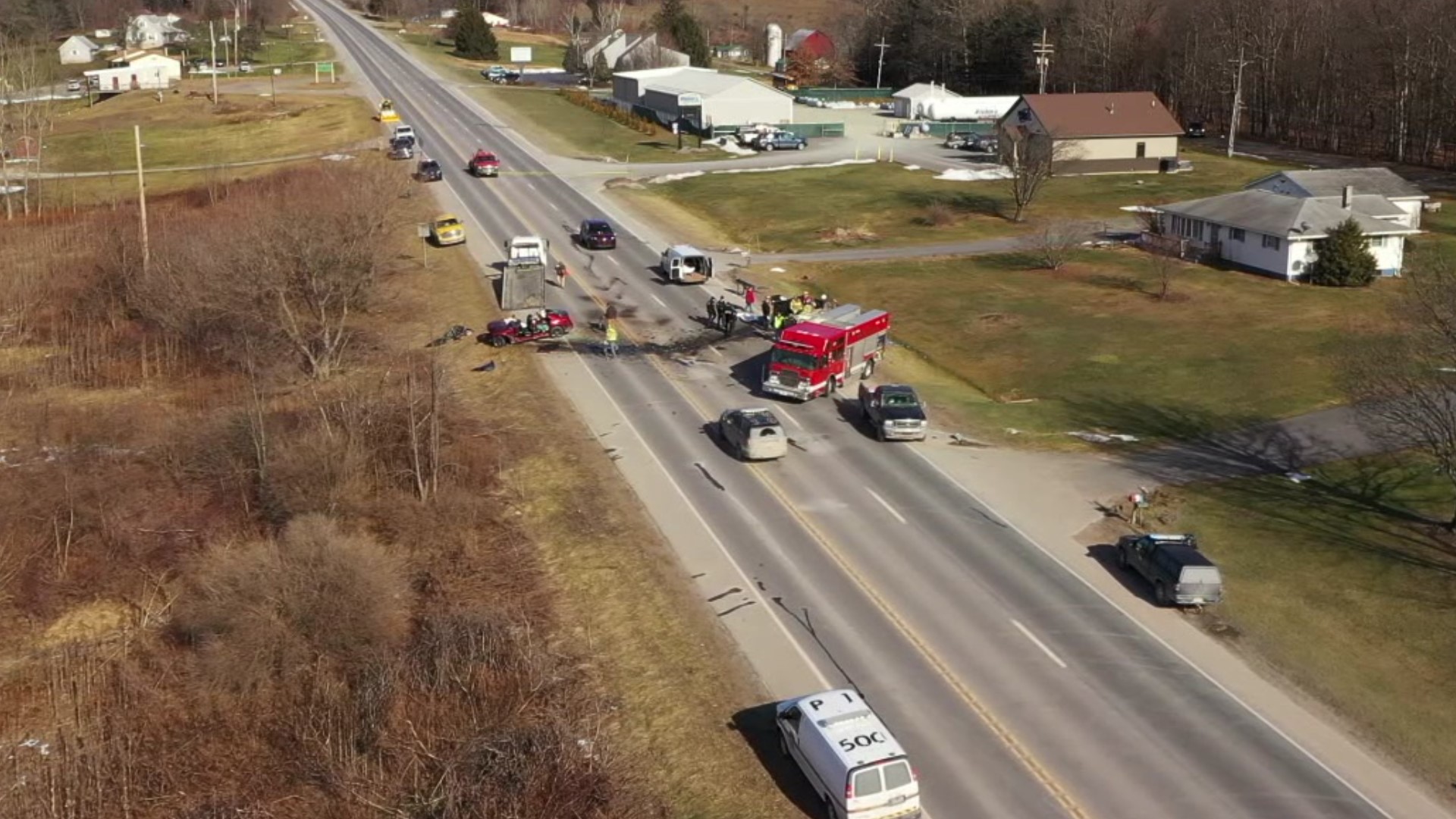 WYALUSING, Pa. — UPDATE: Three people were killed in a crash in Bradford County.

A car crossed the center line and hit another head-on along Route 6 near Wyalusing on Monday.

Police say all three people who died were in the car that crossed lanes.

The other driver from Wyalusing was flown to a hospital.

Two people have died after a crash that closed a busy road in Bradford County Monday morning.

The crash happened around 8 a.m. on Route 6 in Wyalusing.

Emergency officials say two people are dead, and one person was flown to a hospital. Their names were not released.

Greg Smith is the manager at Bluhm's Gas Sales near where the crash occurred. He and his staff were in a meeting when he says they heard a deafening boom, and they ran outside to see what happened.

"We immediately looked out the window and saw flames and our guys came running out of the office with fire extinguishers to try to help people," Smith said.

Ann Marie Kusmierz and her husband were also home at the time of the crash. She says they weren't sure what the noise was they heard until they looked out the window.

"I looked out the window, and there was a car on its roof and our neighbors, who are all medical people, were out there looking in the car."

Neighbors who live along the stretch of Route 6 say they've seen crashes before, but not as bad as this one.