COVINGTON TOWNSHIP — A trucking company in Lackawanna County is missing a tractor, a trailer and about $100,00 worth of merchandise. The owner of Naro Tru... 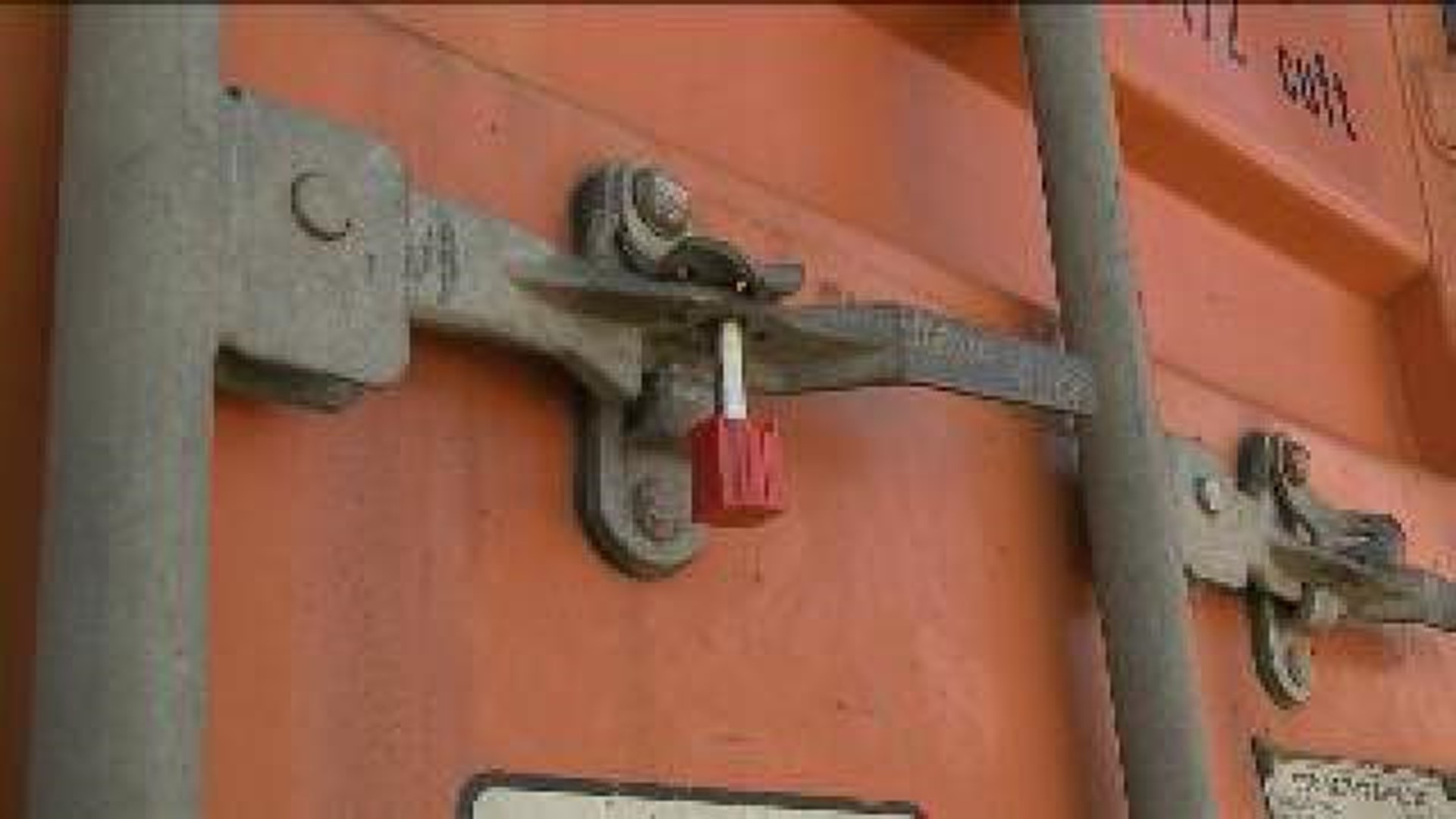 COVINGTON TOWNSHIP -- A trucking company in Lackawanna County is missing a tractor, a trailer and about $100,00 worth of merchandise.

The owner of Naro Trucking in Covington Township thinks two people broke into the company's yard earlier this week.

He said, on Tuesday, someone stole a tractor trailer full of blue jeans.

The trucking company near Gouldsboro is now out $150,000.

It's not the first time Naro Trucking has dealt with crooks, back in 2006 the company had a similar theft.

"Right after that, I fenced the whole place in, ya know? Now here we are back in the same business," said Ross Naro, the owner of Naro Trucking.

The owner of the trucking company said he was surprised that the theft happened right off a main road in Lackawanna County. He said the people who did it, came off that road, broke the lock to the gate and headed in.

"They took one tractor, went up to the top of the hill where we keep the rest of the trailers and went through all the trailers, probably about 15 of them," said Naro.

The owner said the people broke the seals on 15 trailers and looked for something they could make money on.

He thinks, that's why they took the shipment of blue jeans.

Even though Naro Trucking has a security gate and cameras the owner said he now needs more.

"We hired a security guard. He's here from about 9 o'clock at night until 6 since the morning, 7 days a week. So there's more of an expense," said Naro.

The owner said he doesn't have hig hopes that the tractor, trailer and blue jeans will be back anytime soon, but he does want to know who is responsible. "Naturally, I'd like to see them caught. But, I don't see that happening. "

The owner of the trucking company said he has reported the theft to Covington Township police.

He is now working with his insurance company to see if it will cover the cost.