After a wet morning, snow and temperatures are falling across our area. 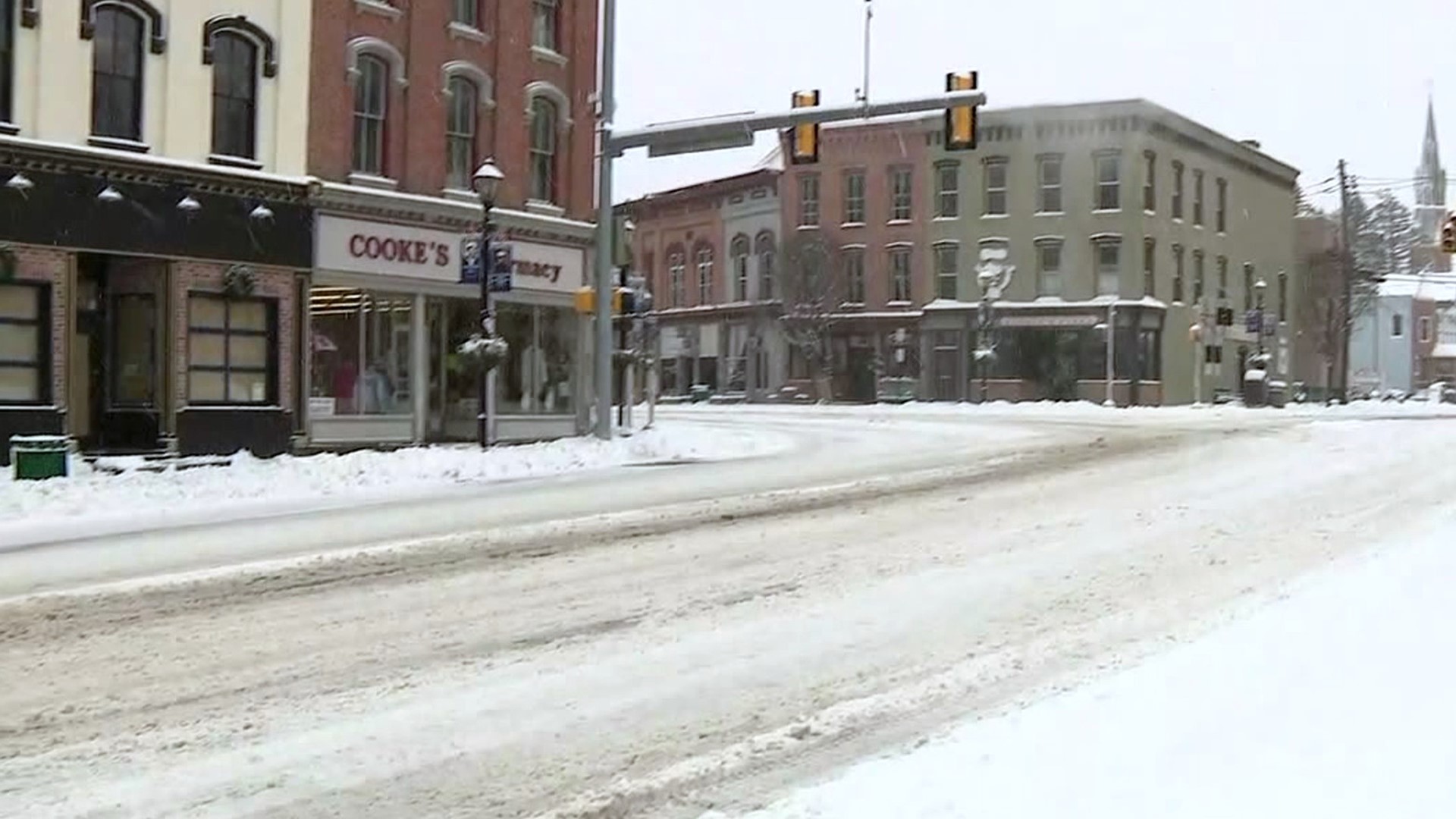 BRADFORD COUNTY, Pa. — Snow started a little after 9 a.m. in Bradford County and it did not take long for the snow to stick.

Many school districts in central Pennsylvania had early dismissals in anticipation of the rain changing over to snow.

Drivers took it slow on Main Street in Towanda Friday morning. The snow fell fast and steady for much of the day and it quickly stuck to the roadways, making travel tricky.

"Really they're dangerous because it's a layer of ice with grooves in it, like railroad rails, throws you one way or the other," Ted Franklin said.

The snow was steady throughout the day so people had to clear off their cars and driveways more than once.

Across the street, Mak Gleckner shoveled in front of IHS Pizza.

"It's kind of like one step forward, two steps back. I have to keep coming out here and getting the sidewalks cleared to keep people happy I guess," Gleckner said.

"Just keep working, try to keep things opened up for the bank and it makes it safer for the public," Lester Wolf said.

Many school districts either canceled school or dismissed early. Most kids didn't mind.

"We're here sledding and then we might go shovel some driveways to help people out," Cailey Thrush said.

"I love it! I eat snow!" Emily McDonald said.

Randy Hickok is a school bus driver and also had no school. But he was still working.

"Just out doing my good deed for the day, helping a friend."