TROY, Pa. — A town in Bradford County is getting ready for a long-standing tradition, but this year will bring some changes to the Troy Fair, including a ... 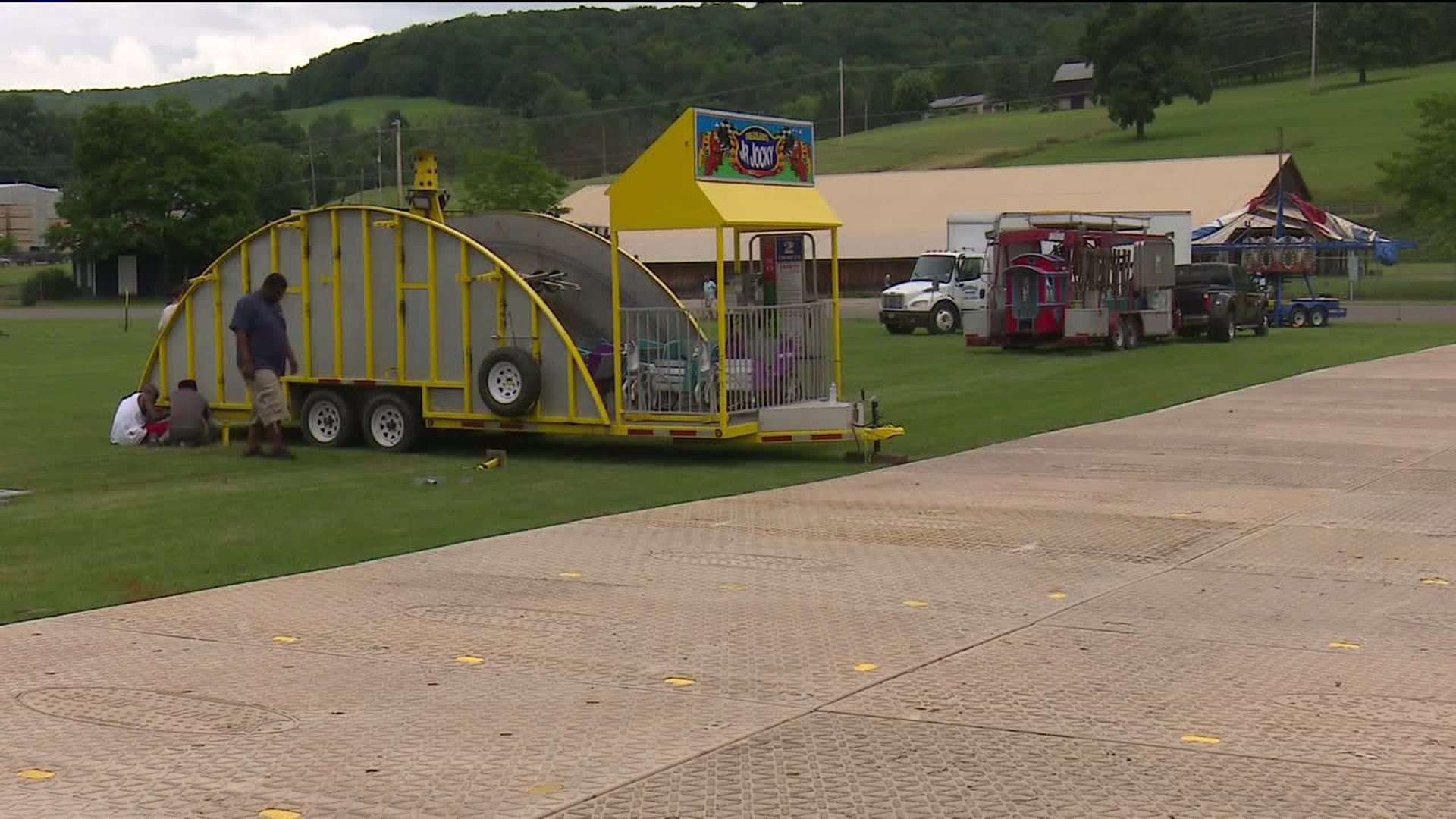 TROY, Pa. -- A town in Bradford County is getting ready for a long-standing tradition, but this year will bring some changes to the Troy Fair, including a temporary road.

The 144th Troy Fair begins next week. One of the biggest changes organizers are hoping to see is better weather. Devastating flooding swept through the area last year during the fair, so this year, they're looking to make a comeback.

In July of last year, the Troy Fair was supposed to be in full swing, but Mother Nature had other plans. The fairgrounds transformed into a river and months of planning and high expectations washed away in the rain.

The fair could only operate on a limited basis, and that caused a lot of concern for this year's fair.

But this year, fair organizers are prepared, changing the entire layout of the fair and installing a temporary roadway in an area of the grounds that has never flooded before. The rides and vendors will be placed on either side of the roadway, which is wheelchair accessible.

Some residents were concerned because the temporary roadway was put in right next to a baseball field and football field, but the organizers say the roadway will be taken out right after the fair and shouldn't interfere with any sports teams.

Now, all they need is for the weather to cooperate.

"The forecast is saying it's going to be a great week and with our changes, we have a lot of great entertainment lined up and we're excited to see the midway up on this end. You'll be able to view it great from the road and the lights at night so it should be a good change," said fair director Tamara Hess.

Hopeful fairgoers are looking forward to another year of a time-tested tradition, this time, with something new.

"I think it'll just mix it up a little bit for those of us who have been coming to the fair for years, ever since our childhood," Amy Ward said.

The fair begins on Monday, July 22 and runs through the July 27.

Tickets are still on sale, and you can stop by the office at the fairgrounds or purchase your tickets online.

The Stormtracker 16 weather team is coming to a fair near you this summer. Check out the schedule here, and come have A Fair Day with us LIVE!