SCRANTON, Pa. — The trial of a Lackawanna County correctional officer began Tuesday in Scranton. Officer George McHale is the first of seven correctional ... 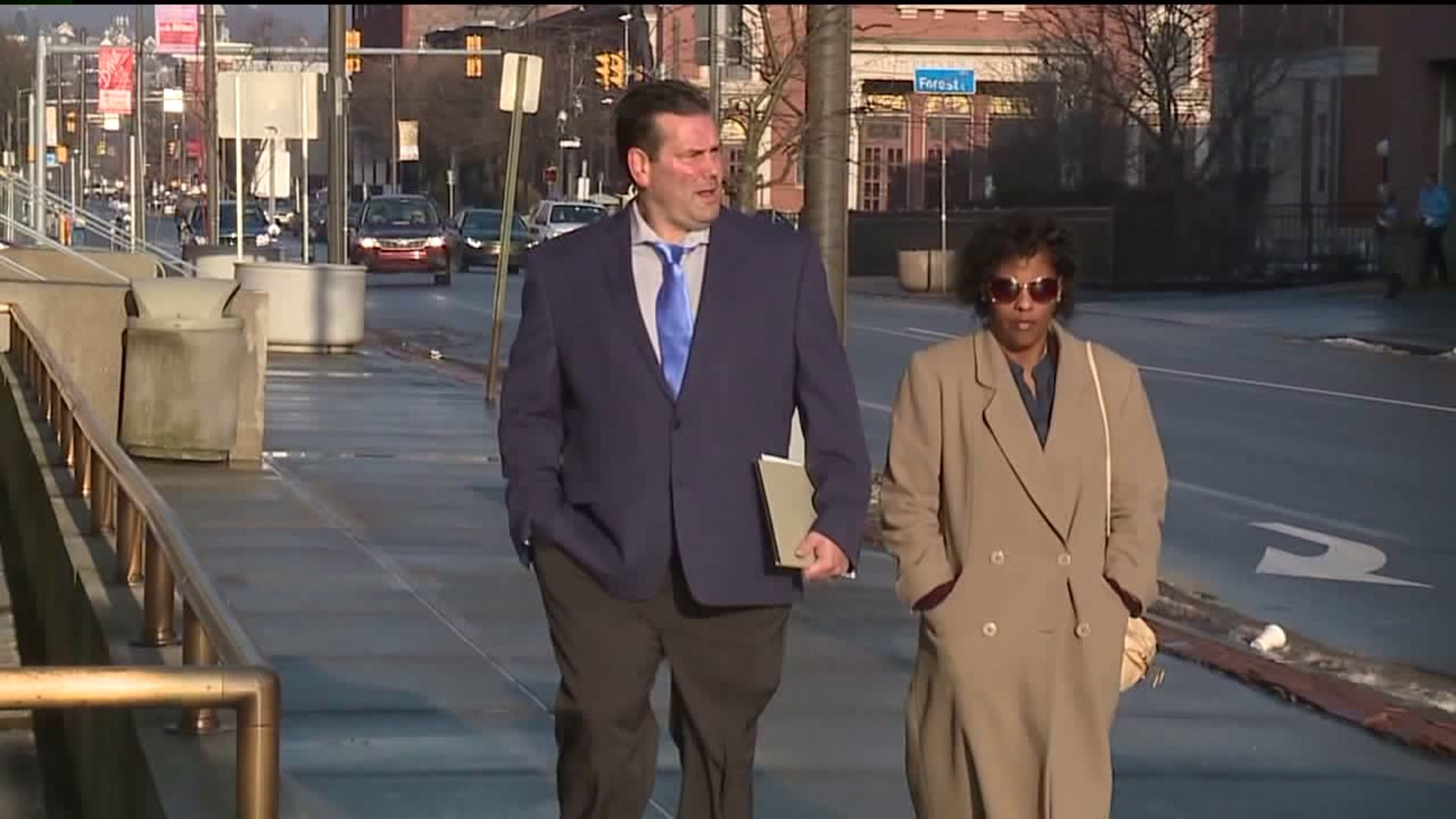 Those seven correctional officers were charged by the state attorney general's office last year following an investigation into what the AG called a "culture of sexual abuse" at the Lackawanna County Prison.

In court, we heard from a former inmate at that prison who says McHale forced her into a sex act.

McHale has been suspended from his job in corrections for more than a year, and on Tuesday, he walked into the federal courthouse in Scranton as a defendant.

Prosecutors from the state attorney general's office said in opening statements that regardless of consent, any sexual contact McHale may have had with inmates at the prison is illegal because of his position of power over them.

A former female inmate testified for several hours telling jurors about repeated sexual harassment from McHale. Her story focused on a night around Christmas in 2009 when she was in solitary confinement. She says McHale had her perform a sex act through the cell door's wicket, a small opening used to give inmates food.

The former inmate told jurors she feared she would be kept in solitary confinement longer if she did not comply and said there were other possible consequences for refusing McHale's advances.

In cross-examination, McHale's attorney questioned the former inmate's credibility, calling up some inconsistent statements about the alleged abuse, and her long criminal history.

In the defense's opening statement, the attorney said that McHale plans to defend himself by taking the stand during the trial.