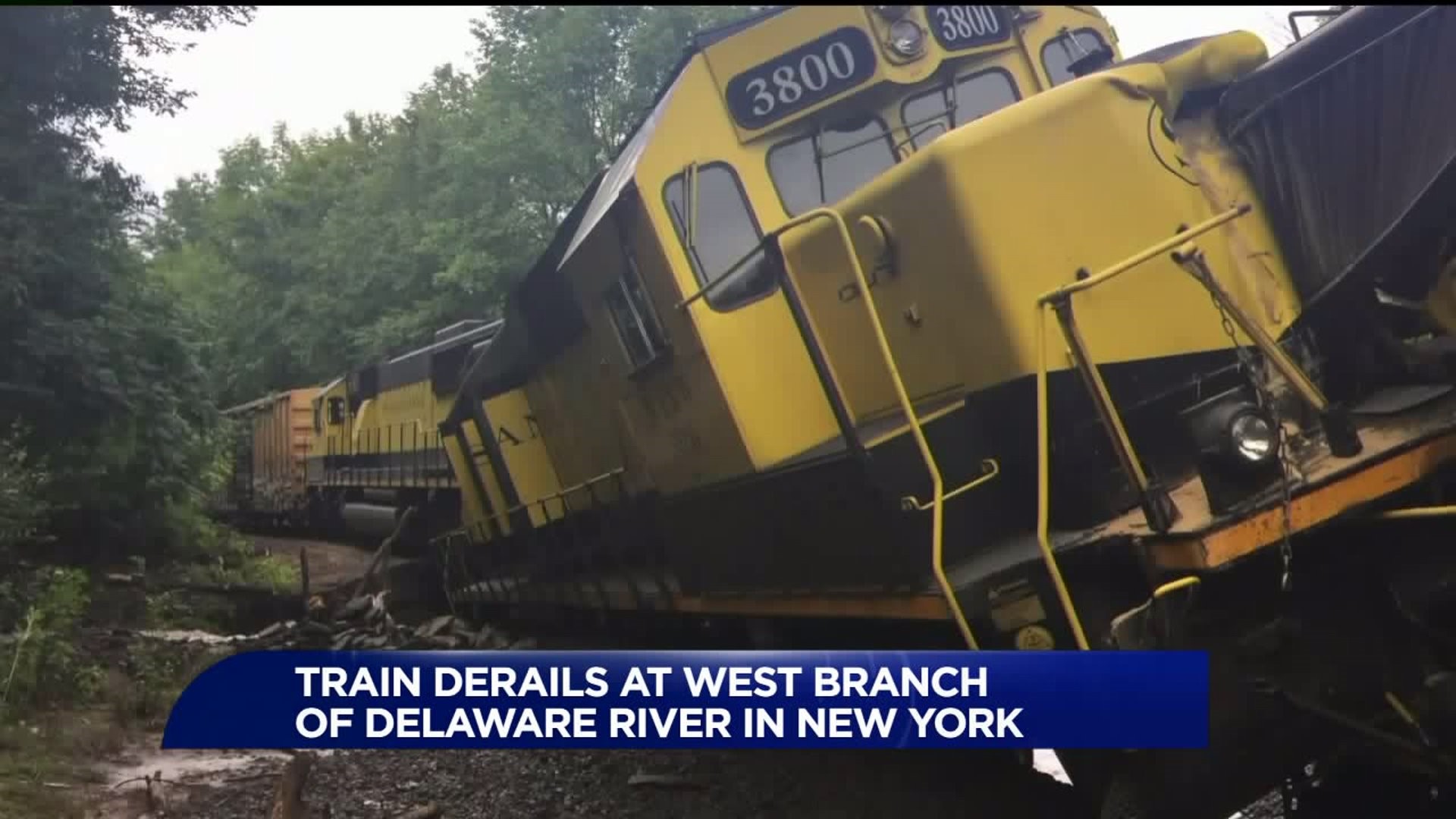 The early morning derailment caused an estimated four thousand gallons of fuel oil to seep into west branch of the Delaware River just north of the Wayne County border.

"We are in an unknown space right now this has never happened on our watch at this magnitude but I don`t think 4,000 gallons of diesel fluid or any type of chemical going into the river would have zero impact," said Dan Plummer of friends of the Upper Delaware River.

The railroad says four locomotives and 63 rail cars of a train headed from New Jersey to Binghamton went off the tracks.

The four thousand gallons of fuel that got into the river came from one locomotive.

A fuel leak from a second locomotive was contained.

There was one hazmat car and thirteen containing contaminated soil on the train but railway officials says none of the cars containing hazmat were derailed.

"There doesn`t appear to anything floating downstream than sheen and odors and that will float on the surface and evaporate from the wave action and the sun and heat mile thick of oil," said Matt Franklin, Director of Emergency Management for Department of Environmental Conservation.

"There`s a real incredible cold water eco based system that we are really concerned about that doesn`t occur anywhere else of the 300 miles of the river," said Plummer.

Lori Cascarino comes up to this part of New York state every summer and says eagles and other animals live near the fuel spill.

"There`s a lot of wildlife up here especially the trout in the water and the fisherman that come from different states," said Lori Cascarino of Bartonsville

A train that was headed from New Jersey to Binghamton derailed West of Hale Eddy Road in the town of Deposit, New York. Officials are saying the fuel from one of the locomotives got into the West Branch of the Delaware River.
Pictures from New York State Police.@WNEP pic.twitter.com/GY3he3WfBf