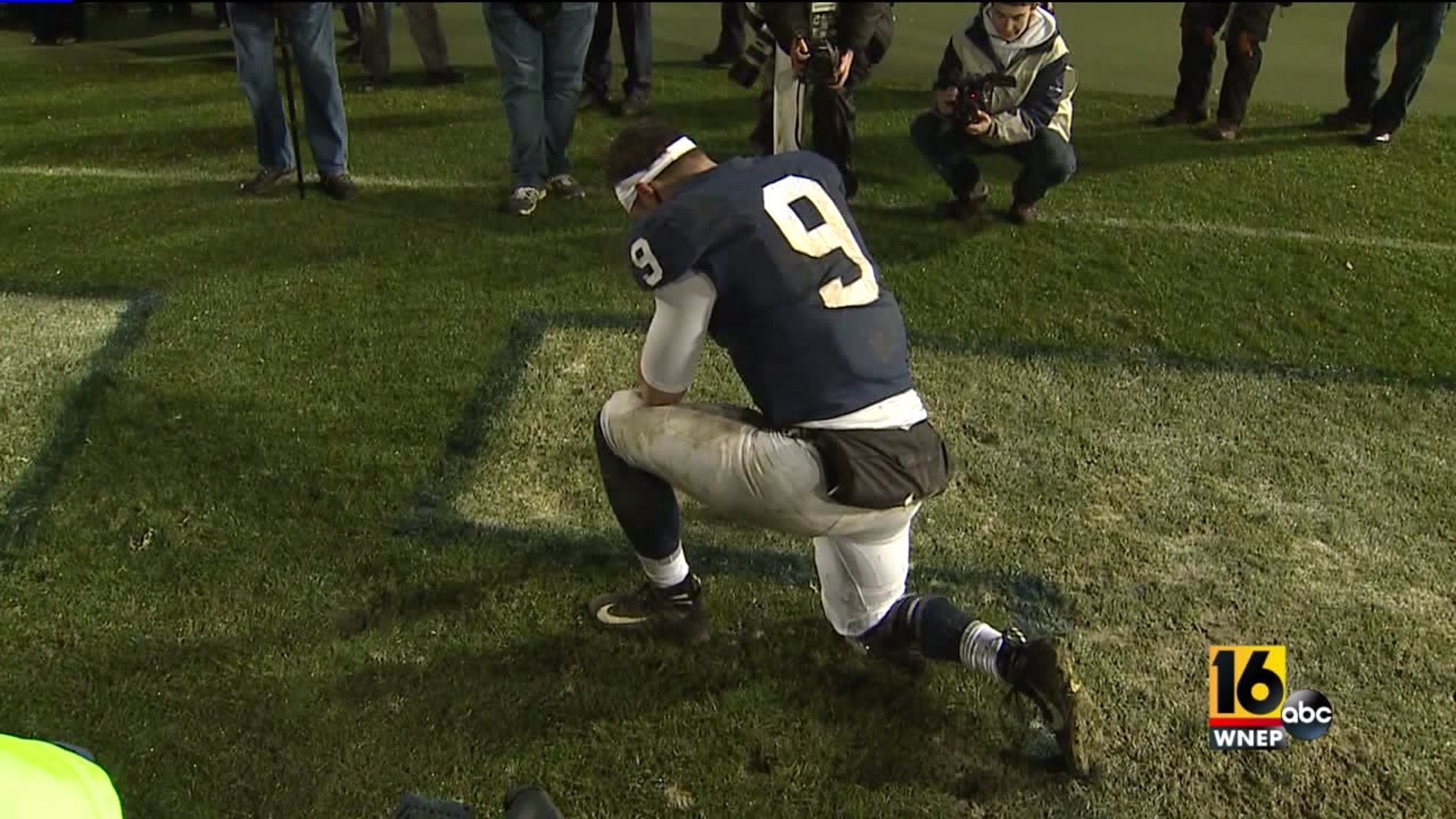 "I just think he's a great competitor. He's always doing anything to win and just how electric he is. at any moment he can do anything big. Pass, run, just a great guy on and off the field," said Connor McGovern, McSorely's teammate.

McSorley leaves Happy Valley the face of a generation of Penn State football from Todd Blackledge to Kerry Collins, some great quarterbacks have donned the blue and white but it's McSorley who will hold the records.

He's the school's all-time leader in completions, passing yards, and touchdowns rushing touchdowns and wins, for a quarterback.

His first pass in the Citrus Bowl will make him the first player in school history to throw a pass in four bowl games, records that speak for themselves.

McSorley arrived in State College with James Franklin in 2014 and even then, they knew he was much more than a football player.

"I hope guys like Saquon (Barkley), and I hope guys like Trace (McSorley), show our players, our young players, that when you trust, when you invest in the things that we're asking them to do. You got a chance to have a really good career and maximize your career. That's going to be different for every single one of them. They're two guys that really showed up on campus and never really questioned what we asked them to do," said Head Coach James Franklin. "They understand every time we ask them to do something, it's based on two things: What is in the program's best interest and their best interest, or we wouldn't be asking you to do it."