GREGG TOWNSHIP — Two more days until the big game and the question on everybody’s mind: Broncos or Seahawks? The staff at Clyde Peeling’s Rept... 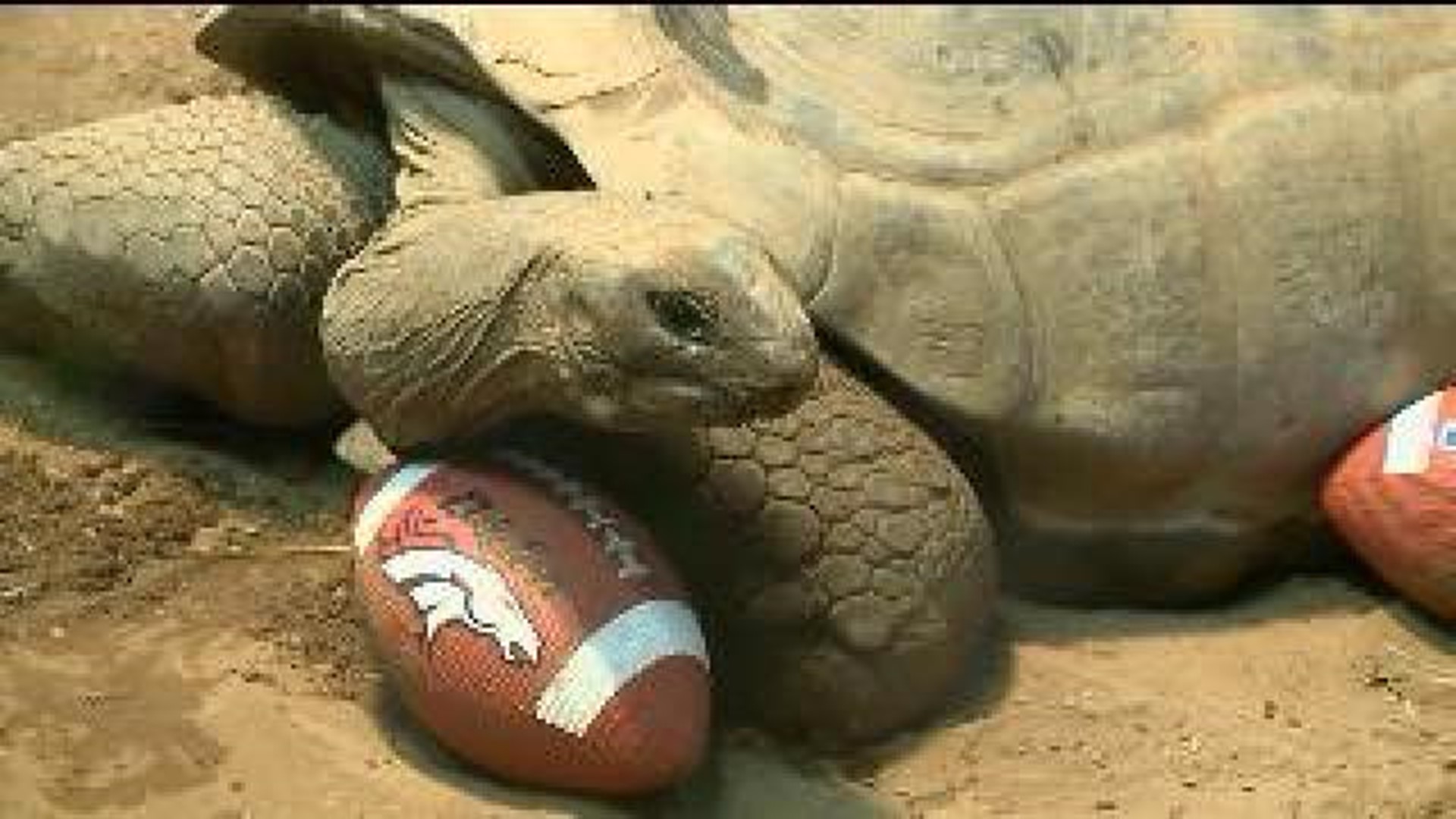 GREGG TOWNSHIP -- Two more days until the big game and the question on everybody's mind: Broncos or Seahawks?

The staff at Clyde Peeling's Reptiland near Allenwood decided to have a little fun and leave their Super Bowl picks to two tortoises.

The Denver Broncos and Seattle Seahawks are getting ready for the biggest game of the year which leaves many people asking, who will win the Super Bowl?

Staff members at Clyde Peeling's Reptiland do not have a crystal ball to look into the future so they left it up to two tortoises to pick the winner.

“We just thought it would be a really fun way to play up the Super Bowl and join in the fun,” said Reptiland worker Kalin Driscoll.

Al and Henry are Aldabra tortoises.  Staff at Reptiland placed two footballs inside their enclosure, one with the Seahawks' logo and one with the Broncos' logo.  Whichever football Al and Henry picked may win the Super Bowl.  But the 325 pound reptiles weren't in any rush to make a decision.

“As you can see, they don't move around a great deal,” Clyde Peeling said.

Al and Henry are believed to be in their 60s so they've been around for a lot of Super Bowls.  But Peeling says they decided 2014 was going to be their year to pick a winner.

At first, Henry gravitated towards the Seahawks football and Al walked over to the Broncos ball.  After a few minutes, Henry joined his friend on Denver's side.  So it looks like it will be a close game.  Maybe the Seahawks will have an early lead but if Al and Henry have anything to say about it, the Denver Broncos will win the Super Bowl!  The staff at Reptiland cautions:  don't take these guys' picks too seriously!

“Obviously it's for fun and they know as much about football as I do, which is to say, nothing!” laughed Peeling.

After they chose Peyton Manning and the Denver Broncos, Al and Henry enjoyed some apples at their own little Super Bowl party.