BEAVER STADIUM, Pa. — Penn State students are having trouble entering Beaver Stadium this fall for football games. The university made the switch to mobil... 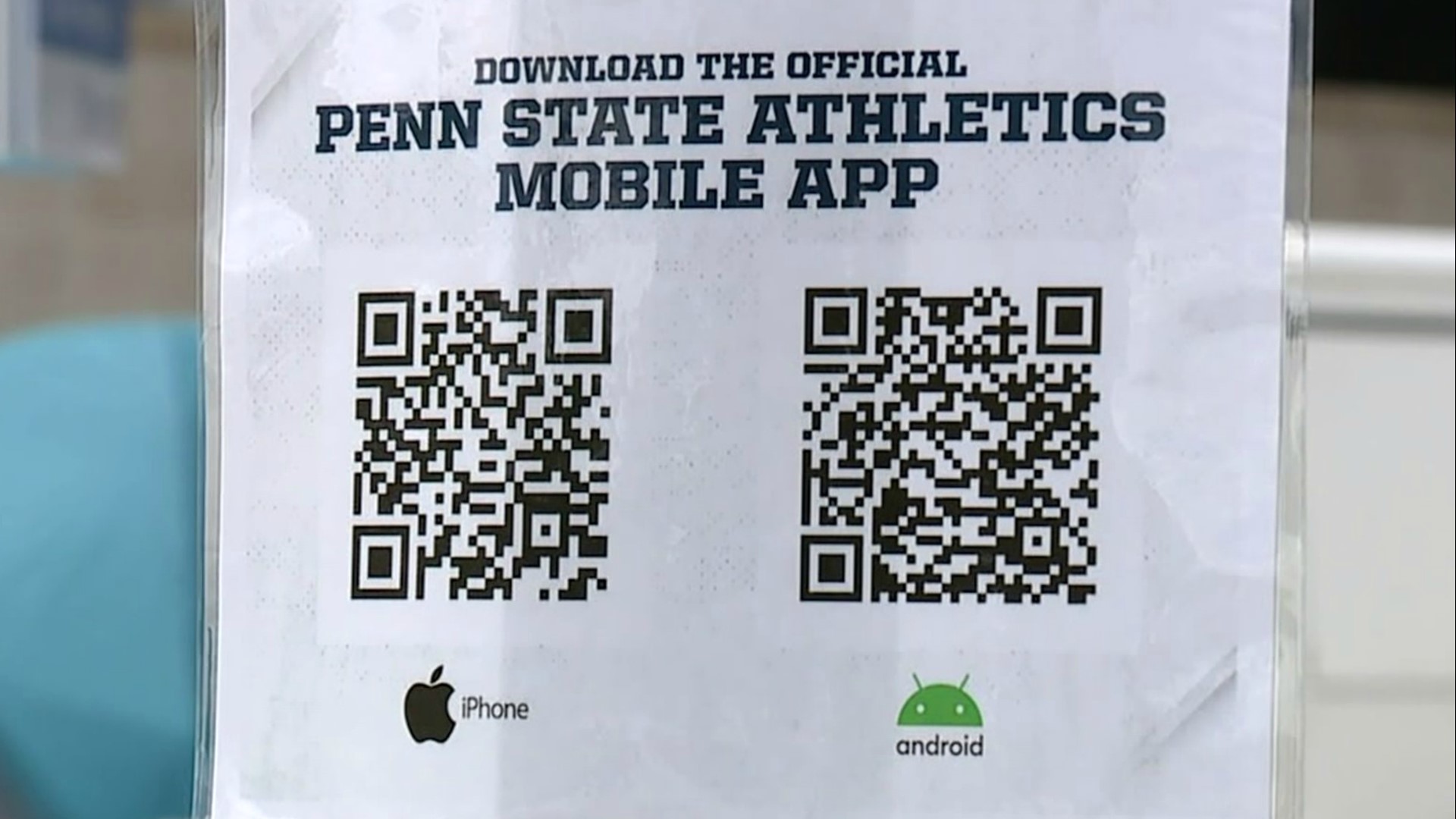 BEAVER STADIUM, Pa. -- Penn State students are having trouble entering Beaver Stadium this fall for football games. The university made the switch to mobile ticketing for the 2019 season and according to some students, it's only caused issues.

We are only two games into the Penn State football season and students at the university are already voicing displeasure with the new ticketing system.

About 21,000 Penn State students will fill up the seats in Beaver Stadium's student section to watch the Nittany Lions play their remaining home games this fall. However, some of those students are having trouble entering the stadium this year due to a new mobile ticketing system.

"It's an old saying. If it ain't broke. don't fix it. I think using student IDs works. You just go and swipe it and most people have it with them, but then with phones, the biggest problems come with the reception around the stadium," said senior Ryan Lam.

"Oh, 100 percent, cell reception at Beaver Stadium is crap. I mean there's hundreds of thousands of people in there on their phones," said sophomore Lexy Leidlein.

Students going to Beaver Stadium this fall to catch the Nittany Lions in action can no longer rely on their student ID to get them through the gates. This year Penn State students must bring their ID and their mobile device with their ticket on it just to get into the game.

Penn State decided to make this change after they discovered students were loaning their IDs loaded with tickets to other students in exchange for cash.

"I honestly don't know, the ID seemed to be working pretty well. Maybe people were like using other people's IDs. I mean I have heard of that before."

In an effort to make sure all students with tickets make it into games, the university added charging stations in case students' phones die before kickoff. However, students told Newswatch 16 that the lines for the charging stations are long and time-consuming and it only causes more confusion.

"Usually, when people are going in, there is a very long line at the very end where kids are just trying to get help with their tickets."

Students said they are not completely against the new system and said that it could work if changes were made to the app and cell reception in the area.