COOLBAUGH TOWNSHIP — A rap video led to the arrest of three men in the Poconos.

A rap video led to the arrest of 3 in Coolbaugh Twp. All face felony charges. Police found guns, drugs and money at a home in PCP @WNEP pic.twitter.com/DZfotiwwvl 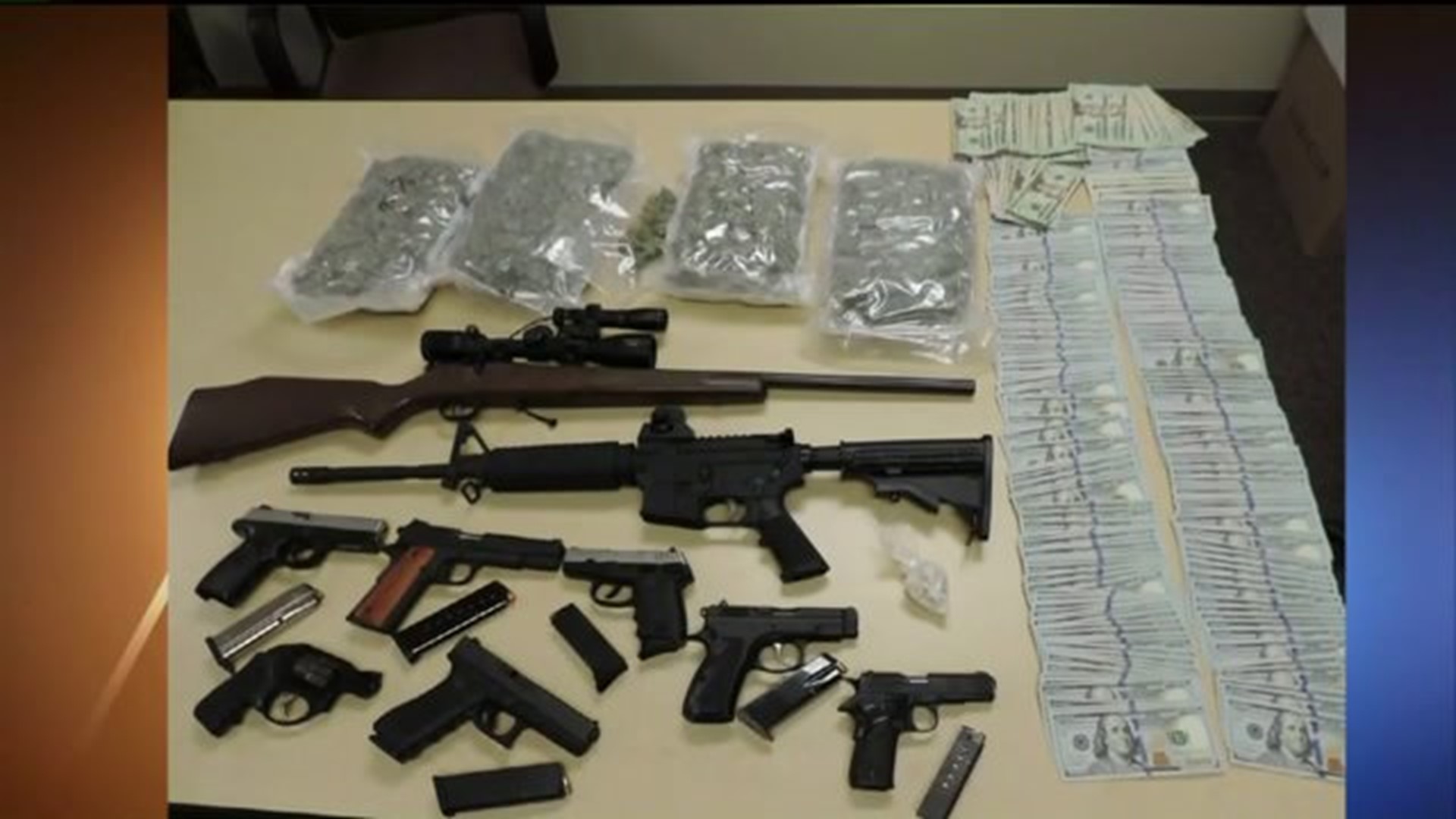 COOLBAUGH TOWNSHIP -- A rap video led to the arrest of three men in the Poconos.

The three men are locked up after police say they made a rap video showing off guns, drugs, and money at a home in Tobyhanna.

According to Pocono Mountain Regional Police, the video showed Tirando and Figueroa with marijuana, heroin, and a slew of guns including an assault rifle.

The video has since been removed from social media and is being held with Pocono Mountain Regional Police in evidence.

"This was one of those cases where we were alerted to some incriminating video on social media. We researched it and independently verified some of the sites and evidence that was seen within the video and really that is what led to our search warrant," explained Pocono Mountain Regional Police Chief Chris Wagner.

The video led police to a home on Long Pine Drive in A Pocono Country Place, a community in Coolbaugh Township.

Two of the three men were arrested and the third turned himself in earlier this week.

Larry Cruz from Tobyhanna says this is happening far too often in his neighborhood but he's glad police are on top of it.

"I think it's an age thing. I think it's the culture and it all has to work itself out," said Peter Cassella of Tobyhanna.

Preliminary hearings for all three charged in this raid are scheduled for later this month.