Three Arrested After Heavy Police Presence at an Apartment in Williamsport

WILLIAMSPORT, Pa. — After a day-long police presence at an apartment building in Williamsport, three people are now in custody. One of those arrested, an ... 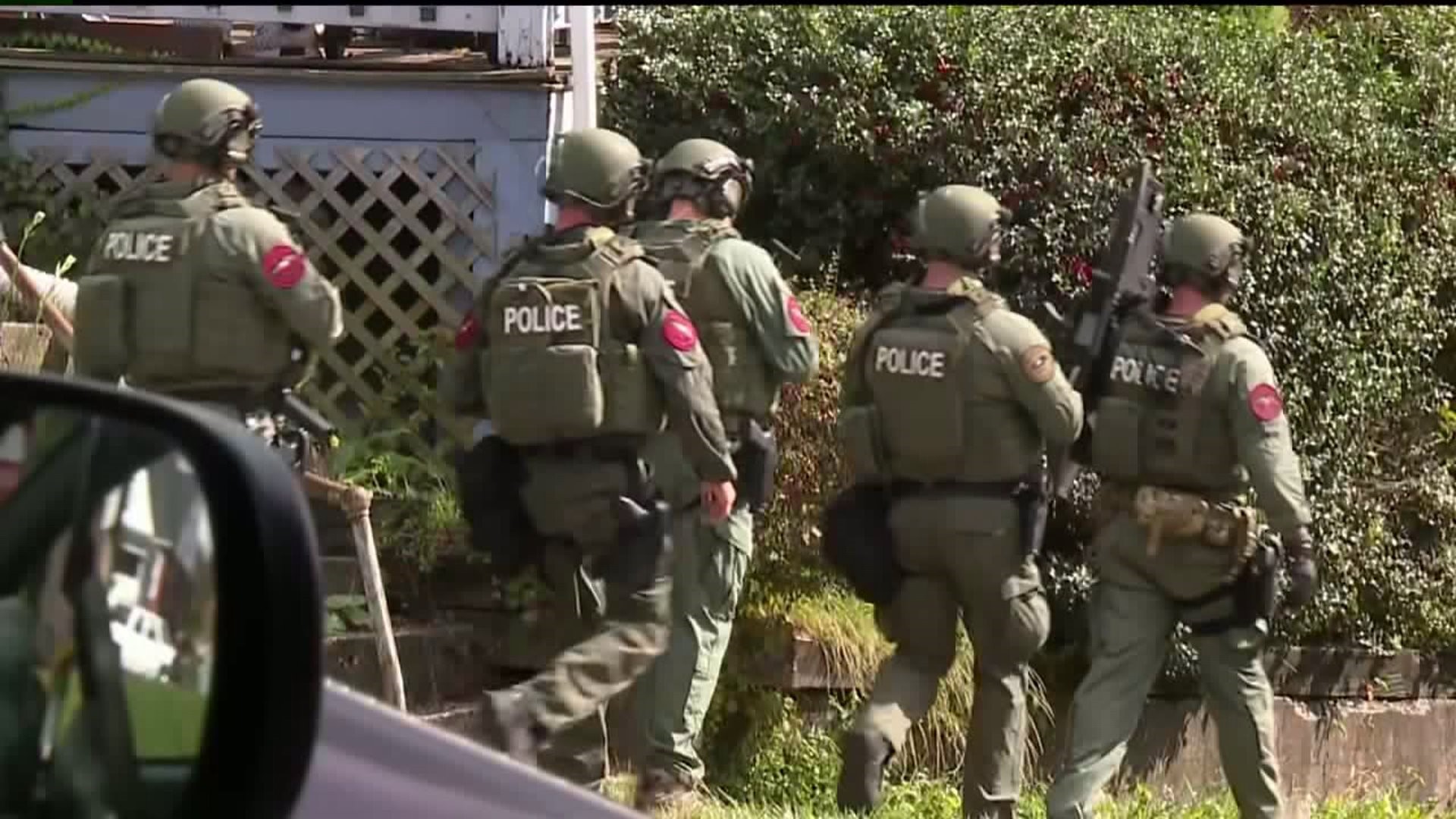 WILLIAMSPORT, Pa. -- After a day-long police presence at an apartment building in Williamsport, three people are now in custody.

One of those arrested, an 18-year-old, is facing attempted homicide charges for allegedly shooting into a crowd in the middle of the day.

18-year-old Kavaughn Williams was quiet as he was led into his arraignment where he was charged with attempted homicide and aggravated assault.

Williamsport police say Williams shot at a crowd of people around 12:30 pm Friday afternoon as he was riding in a car on Wildwood Boulevard.

Tehani Weaver saw him as he came by her house.

“He had no worry in him,” said Weaver. “That's what I said to the cops, he looked right at me, he was calm as day, like they were out for an afternoon stroll.”

They saw a man hanging from the front passenger seat with a gun and that the man fired several shots at the crowd.

Court papers show witnesses identified Williams as the one who pulled the trigger.

His arrest comes after Williamsport police, state police and a swat team searched an apartment at 804 Hepburn Street in Williamsport after officers found 18-year-old Tahjair Doresy and 18-year-old Rocellus Carter with concealed weapons on them at the apartment.

Those two were arrested on weapons charges.

Bob Floyd lives next to that apartment.

“I have 12 cameras outside, four cameras inside, I recorded everything around here, the police, everything that was going on here too,” said Floyd.

Police didn't say what prompted them to go to Hepburn Street, but the apartment belongs to the mother of 16-year-old Ayiem Coleman who was shot and killed on market street in the city in July.

“You hear it all the time anymore, it's like you kind of get used to it,” said Floyd.

Bail was denied for Kavaughn Williams