It’s been too cold to do much of anything outside other than winter sports. But on Sunday, golfers teed off on a frozen Lake Wallenpaupack despite the fri... 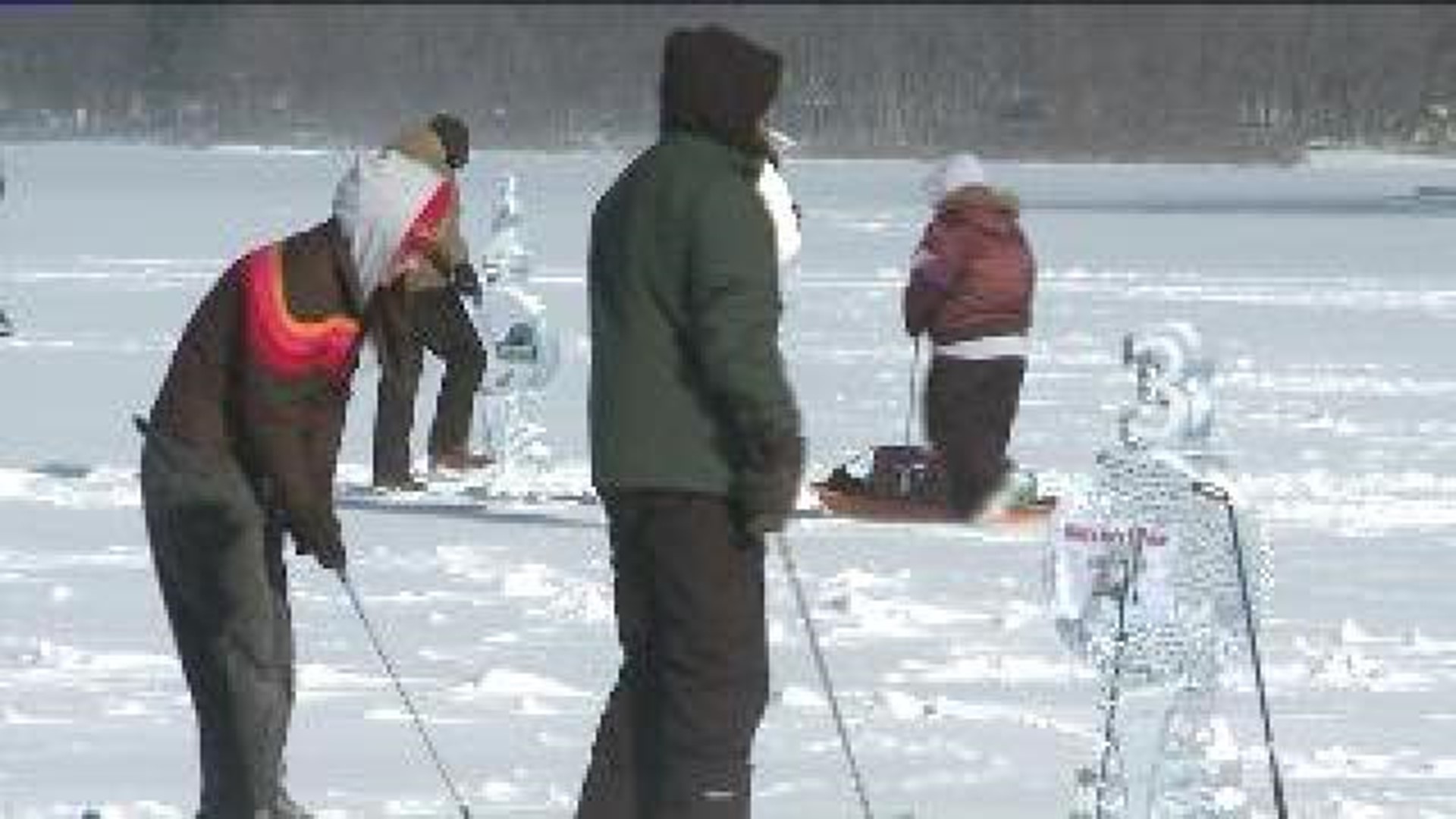 It's been too cold to do much of anything outside other than winter sports.

But on Sunday, golfers teed off on a frozen Lake Wallenpaupack despite the frigid cold.

All part of an annual tournament that was called off the last two years because it wasn't cold enough!

With a solid eight inches of ice on Lake Wallenpaupack, conditions were perfect for a little golf.

The ice tee golf tournament for the Pocono Lake Region Chamber of Commerce relies on freezing cold to hold the fundraiser near Hawley.

"The last two years we have not been able to have it due to very unsafe ice conditions or no ice at all," said Debbie Gillette, Executive Director of the Pocono Lake Region Chamber of Commerce.

Newswatch 16's Jim Hamill and some of his friends were among a couple hundred brave souls who took on the whipping winds and adverse conditions to swing for the greens made of ice.

"Why not, who else gets a chance to play golf in the middle of January at nine degrees," said Kevin Duda of Honesdale.

They played nine freezing holes of golf. Some chose to take beverages along. Others took a more practical approach to keeping their extremities warm.

"I have some hand warmers here, and that's about it right now. I'm not very warm at all," said Eric Siepiela of Honesdale.

It's not quite summer time or summer golf, but in the winter time on Lake Wallenpaupack people try to do anything they can to stay warm while they're having a little fun, hitting the links.

As long as they dressed for the occasion and could withstand the arctic conditions, the golfers can say they played the toughest course around.

"It borderlines insanity, but I'm glad we got out here. It's sunny," said Kevin Duda of Honesdale.