Teens under arrest for firing at moving vehicle in Bradford County

The bullets hit the windshield and grill of the car. 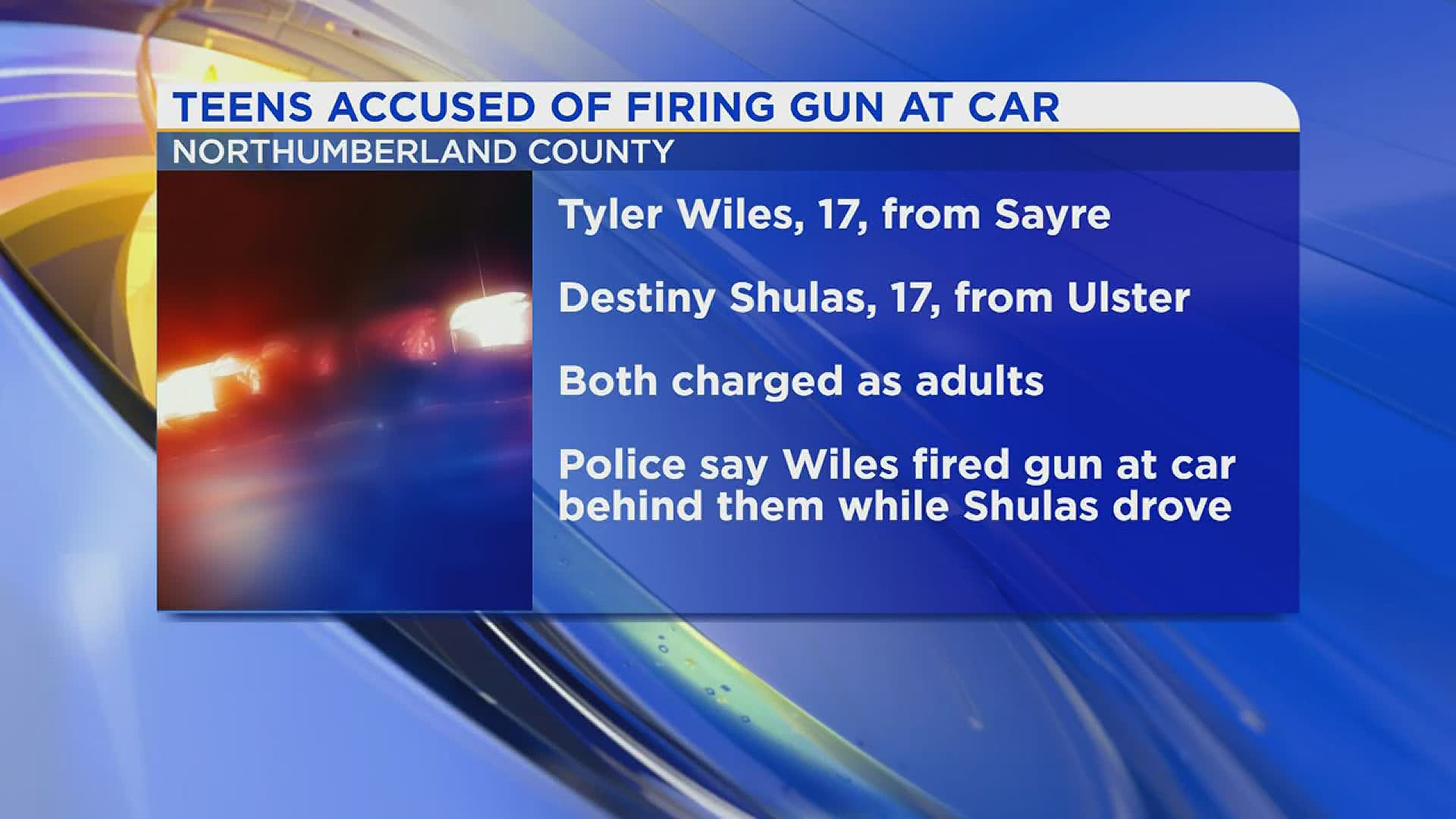 SAYRE, Pa. — Two teens are under arrest accused of firing gunshots from a moving car at a moving car in Bradford County.

It happened Sunday evening in Athens Township, just outside Sayre.

Both are seventeen and charged as adults.

Police say wiles fired shots out the passenger side window as Shulas drove.

Bullets hit the windshield and grill of a car behind them.

Wiles faces three counts of attempted homicide and other charges.

Shulas is charged with conspiracy and other charges.

RELATED: Two Teens in Custody After Armed Robbery with a Gun in Wilkes-Barre