ASYLUM TOWNSHIP, Pa. — A former teachers’ aide from Bradford County is accused of having an inappropriate relationship with a student. According to ... 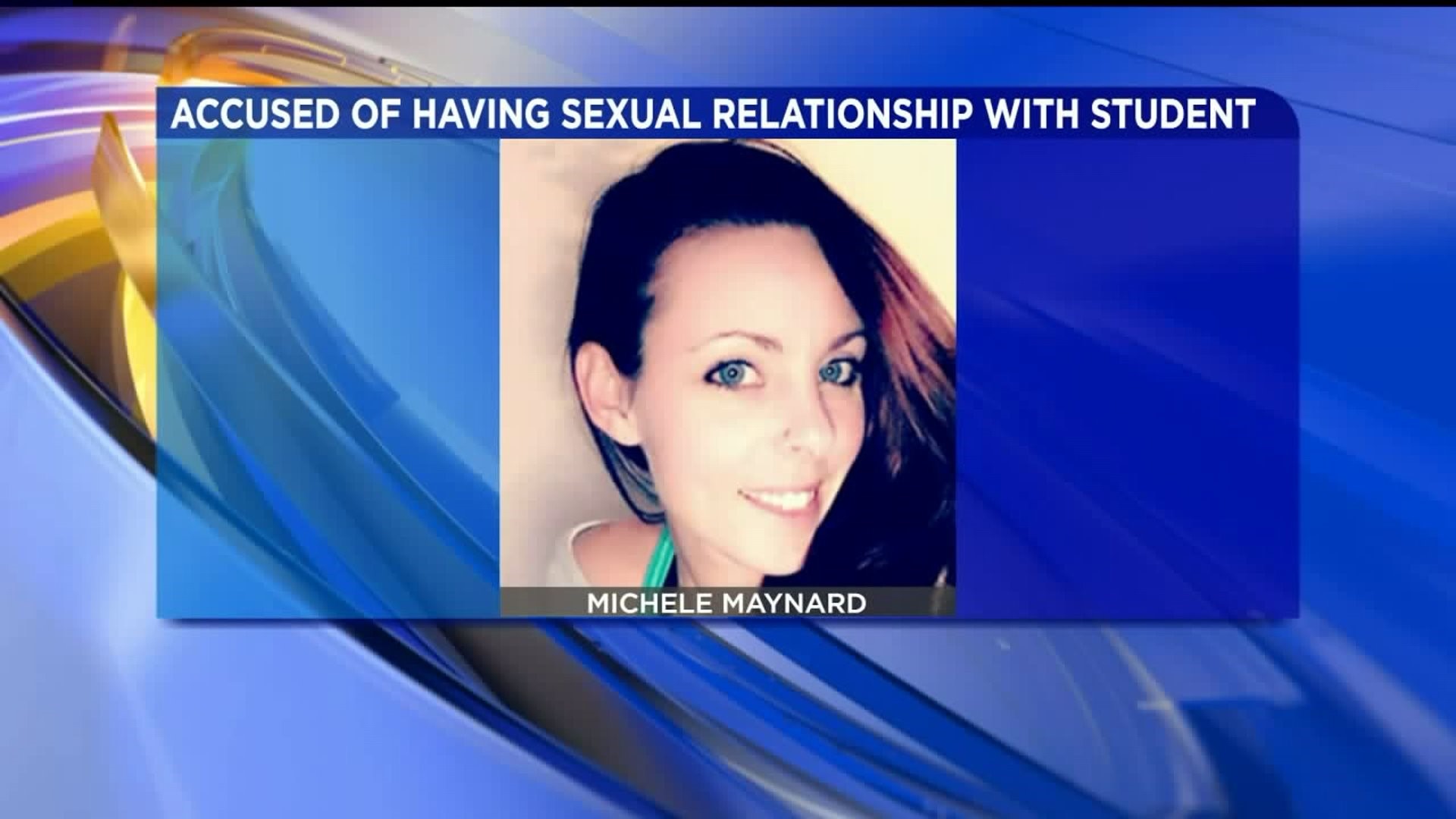 ASYLUM TOWNSHIP, Pa. -- A former teachers' aide from Bradford County is accused of having an inappropriate relationship with a student.

According to police, the teachers' aide had an inappropriate relationship with a 17-year-old student.

It started back in June and continued until last month when the underaged girl told her parents.

Michele Maynard, 36, of Asylum Township, faces charges including institutional sexual assault. Police say she had an ongoing sexual relationship with a 17-year-old student in the district.

According to court papers, the alleged victim, an underaged girl, told her father she was sexually assaulted by Maynard while attending a sleepover at Maynard's house.

"At first it was extremely alarming to me because she had been my study hall teacher, and I mean, felt really bad for the daughter because I mean, of course, everyone is going to be talking about it," said student Gabrail Maas.

"You would never think that your mom's friend would be doing something like that, especially like, with a student at the school," said student Kylicia Darrow.

Court papers say Maynard admitted she had inappropriately touched and kissed the underaged girl at least three times between June and August.

Police say the assaults happened at Maynard's house and at the Troy Fair.

According to police, the victim and Maynard were also texting details about the inappropriate sexual relationship to Maynard's husband.

"Very, very upset," said parent Tonia Harned. "It's something you worry about with your kids all the time, especially with girls, you worry if they go to a party, friend's house, you worry about someone touching them inappropriately."

According to Towanda's superintendent, when the school was notified by state police, Maynard was suspended immediately and no longer works in the district.