PLAINS TOWNSHIP — Some might say that a hospital is full of superheroes, people who save lives and prevent illness. But a few real superheroes visited the... 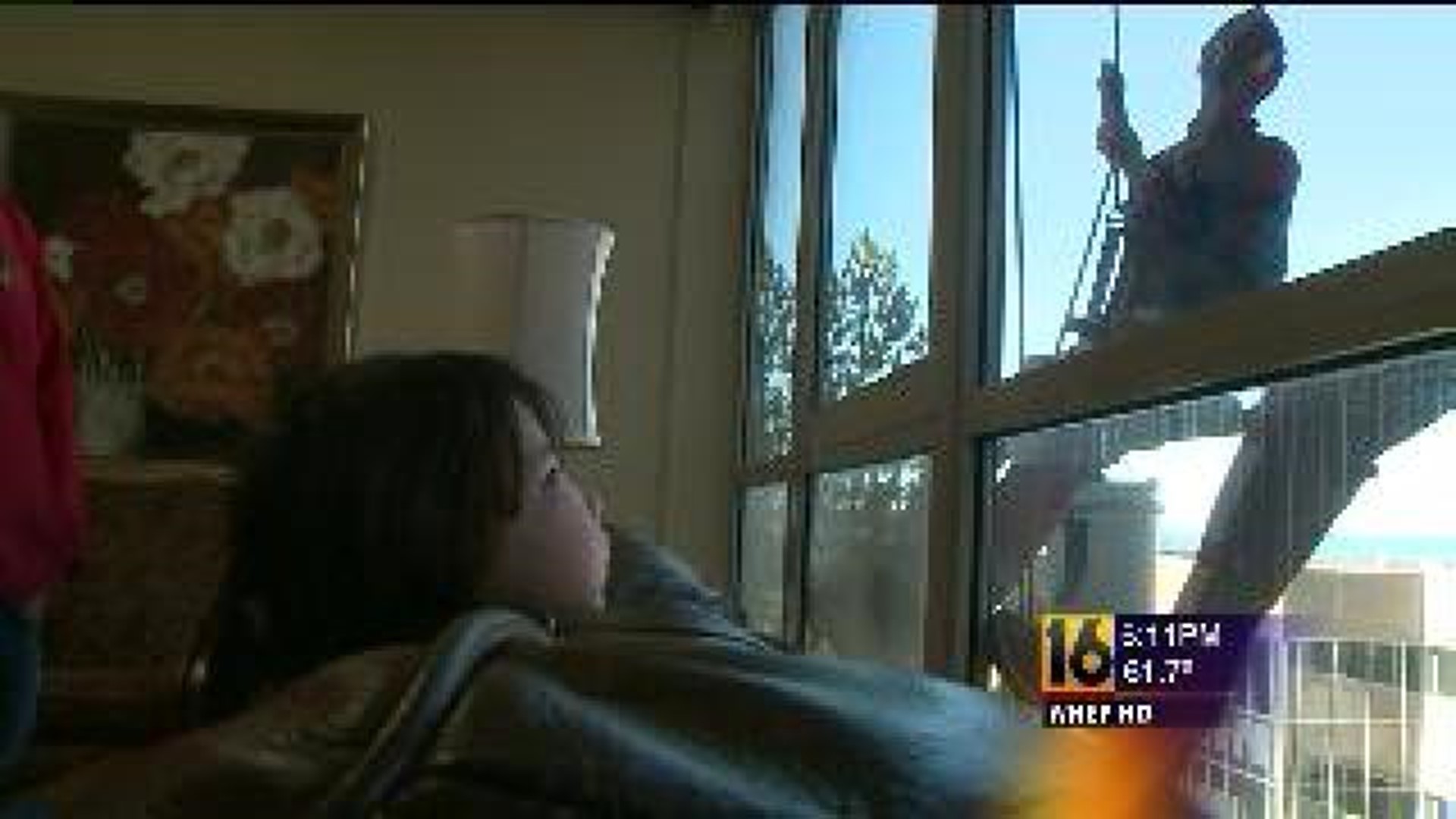 PLAINS TOWNSHIP -- Some might say that a hospital is full of superheroes, people who save lives and prevent illness. But a few real superheroes visited the children at Geisinger Wyoming Valley near Wilkes-Barre on Tuesday.

It's a bird! It's a plane! It's Superman! He's working side by side with Spiderman, leaping the side of Geisinger Wyoming Valley near Wilkes-Barre in a single bound.

"Today, we have our annual window washing, but with a special twist," said Geisinger Chief Administrative Officer John Buckley.

The twist is the window washers are actually employees of a window washing company in Harrisburg. But on this day, they are dressed up as superheroes for the kids' enjoyment. To the youngsters watching from inside, like little Kaylee Law of Jenkins Township, these are real superheroes.

"It means the world to me because she gets to see something that she's never saw up close like that before, so she was really in shock," said Kaylee's dad Michael Law.

It's not just the children who get excited.

"The caregiving team really gets a kick out of it themselves. We have a little bit of the debate about whose favorite superhero there is," said Buckley.

Making people happy is a lot to live up to, but not difficult for Spiderman or Superman. After all, with great power, comes great responsibility.

"I never even turned around and seen what everyone else looking at us. She had my attention as much as I had her attention I bet," said window washer Aaron "Superman" Jones.

"She seemed so happy. She feels so much better. Since yesterday, she was really sick, and now today she's more energetic, more active, more happy," said Law.

No doubt thanks to these heroes, who put smiles on faces faster than a speeding bullet.