PHILADELPHIA — There are only a few reasons why 10-year-old Giovanni Hamilton and his family from Williamsport would be willing to wake up early on Thursd... 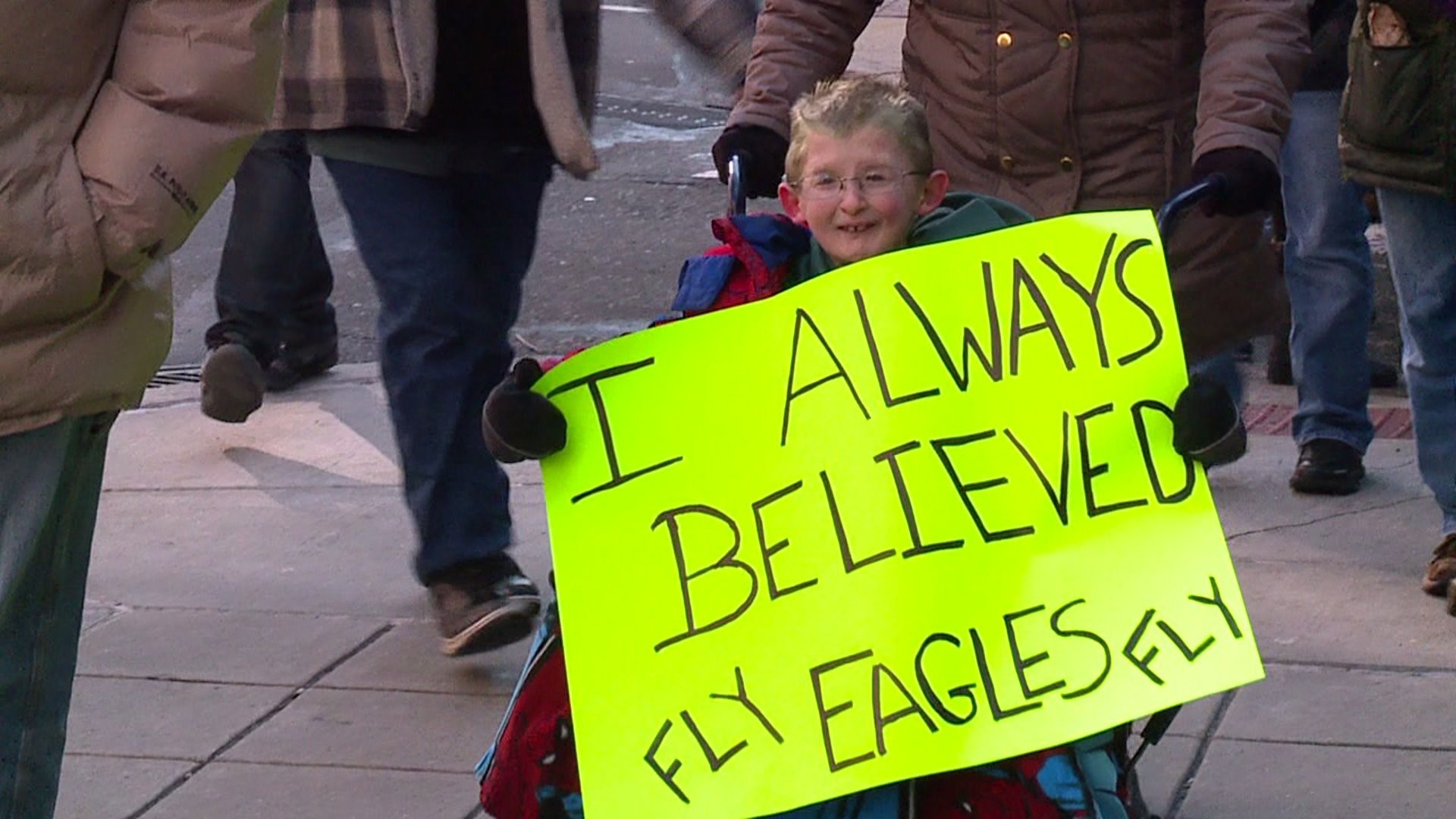 PHILADELPHIA -- There are only a few reasons why 10-year-old Giovanni Hamilton and his family from Williamsport would be willing to wake up early on Thursday.

This family headed out of Williamsport through the Lehigh Valley to Philadelphia.

Now that their team, the Philadelphia Eagles, have won the Super Bowl, it's time to celebrate Philly style.

"It's going to be like the game. I'm not going to have a voice at all," Giovanni said.

In late December, thanks to social media, Giovanni got the call of a lifetime. The head coach of the Eagles and a few players invited him to a game on New Year's Eve.

Giovanni's parents promised to take him to the parade if the Eagles won the Super Bowl.

"I love it here so far. I'm with my own kind," Giovanni said.

This. This is the story of #Eagles fans that needs to be heard. Fans lifted our little boy up out of his wheelchair to cheer on the #EaglesParade with them. Today we are all champions. Thank you @Eagles 🦅 #FlyEaglesFly pic.twitter.com/GMbJXJeyJS

The crowds were just too big for Giovanni and his family so they decided to watch a little farther back in a safer location.

"You can't move through the crowd at all. There are so many people partying and stuff. It's great, but we are stuck in the background. We are just happy to be here," said Giovanni's mom Shannon Algarin.

"I think a lot of times because he feels like an underdog with all of his surgeries and all of his complications, the fact that his team was the underdog and they won it gives him some hope," his mother added.

And on parade day, a reason to celebrate.