The hot sun is actually keeping the beer cold at a distributor in Carbon County, thanks to solar power. The sign outside Harmony Beverage near Blakeslee says it... 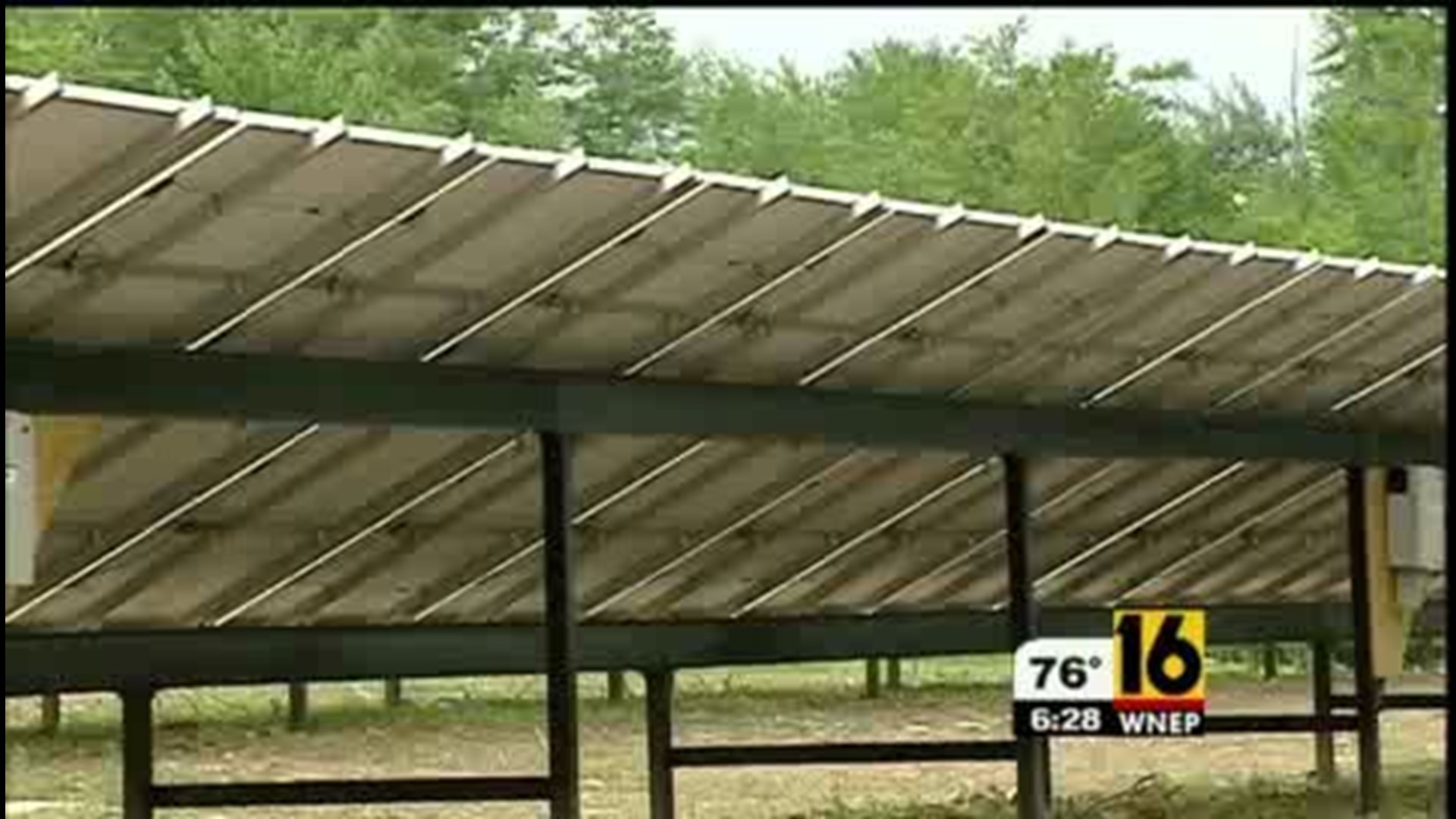 The hot sun is actually keeping the beer cold at a distributor in Carbon County, thanks to solar power.

The sign outside Harmony Beverage near Blakeslee says it all, "We cool our beer with the sun."

The business, with all its refrigerators, uses about 100,000 kilowatt hours of power per year, but since December, the beer distributor has run solely on solar power. Going green and saving green.

On an acre and a half behind harmony beverage, there are more than 360 solar panels, producing on average 450 kilowatt hours of power per day, even on cloudy days.

"In the first six months that we've been operating, we've produced 52,000 kilowatt hours so we're ahead of the game and quite frankly, we haven't had a lot of sun. I can imagine it's going to do a whole lot better once we get sun," McElroy added.

He invested more than half a million dollars with federal and state tax credits in the solar panels.

Even his employees are excited about the green technology.

"It's a lot of power and it's been working and we're all learning about it," said Harmony Beverage John Vitale.

"That's what the sign says outside, 'Our beer is cooled by the sun.' It's different, it definitely is different, and it works. That's all that really matters," said Albert Dovan.

"We are truly green. God gave us that sun and we're using it," said McElroy.

He estimates it will take around eight years for his solar investment to pay for itself.