LEWISBURG, Pa. — There’s an unusual animal living inside a school in Union County. A science class at Lewisburg Area has begun raising eels. There i... 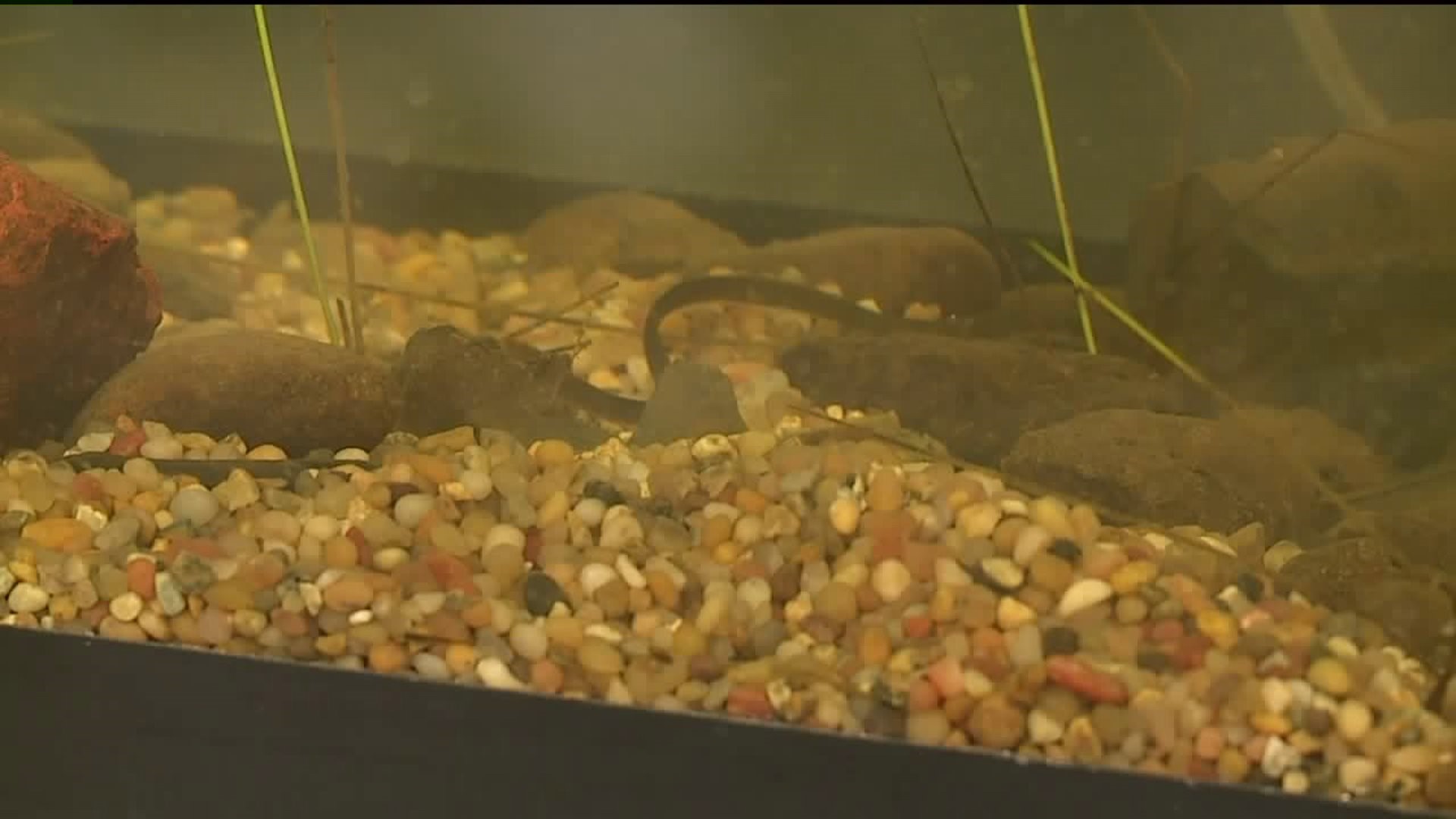 LEWISBURG, Pa. -- There's an unusual animal living inside a school in Union County. A science class at Lewisburg Area has begun raising eels.

There is a fish tank in the back of a science class at Lewisburg Area High School. The students have named one of the fish, but they are not pets.

"'Escalade.' That's the only name we have for one. That's the biggest one," Wyeth Martin said.

"Sure, there were a few folks who thought, ‘Oh, my gosh, they are wiggly and squiggly’ but they are fascinating to watch. They are extremely active in the fish tank," Van Wagner said.

Van Wagner's environmental science advanced placement class has begun raising American Eels. Last year, Wagner heard the U.S. Fish and Wildlife Service had begun work to reintroduce eels to the area. He reached out to a biologist, and in late May, the Susquehanna Basin Commission gave his class about a dozen eels to raise.

"I thought they were going to grow to a much bigger size to what they were. When we first got them, they were quite small," Kara O’Rourke said.

According to Wagner, fewer eels began migrating to the area from the ocean about a century ago. That's when people began to build dams on the Susquehanna River.

"They were supposed to take several weeks and months traveling and getting bigger as they go, so our job is to help them get bigger and then also release them,” Wagner said.

Over the summer, students helped raise about a dozen eels inside the classroom. Just last week, they were able to let some of them go in Lake Chilisquaque near Danville.

"Pretty exciting to see my students doing something that is real world. Best case scenario they are playing an active role in restoring a species in their watershed," Wagner said.

"We are the first school in this area to raise such a monumental part of our environment. To be able to bring them up and spread them throughout the area it's really amazing,” O’Rourke said.

Wagner says his students have reached out to nearby school districts. They hope others will want to raise their own eels and release them in the area.