SOUTH ABINGTON TOWNSHIP, Pa. — When Pallman Farms near Clarks Summit opened at 8 a.m., there were already people waiting for the start of strawberry seaso... 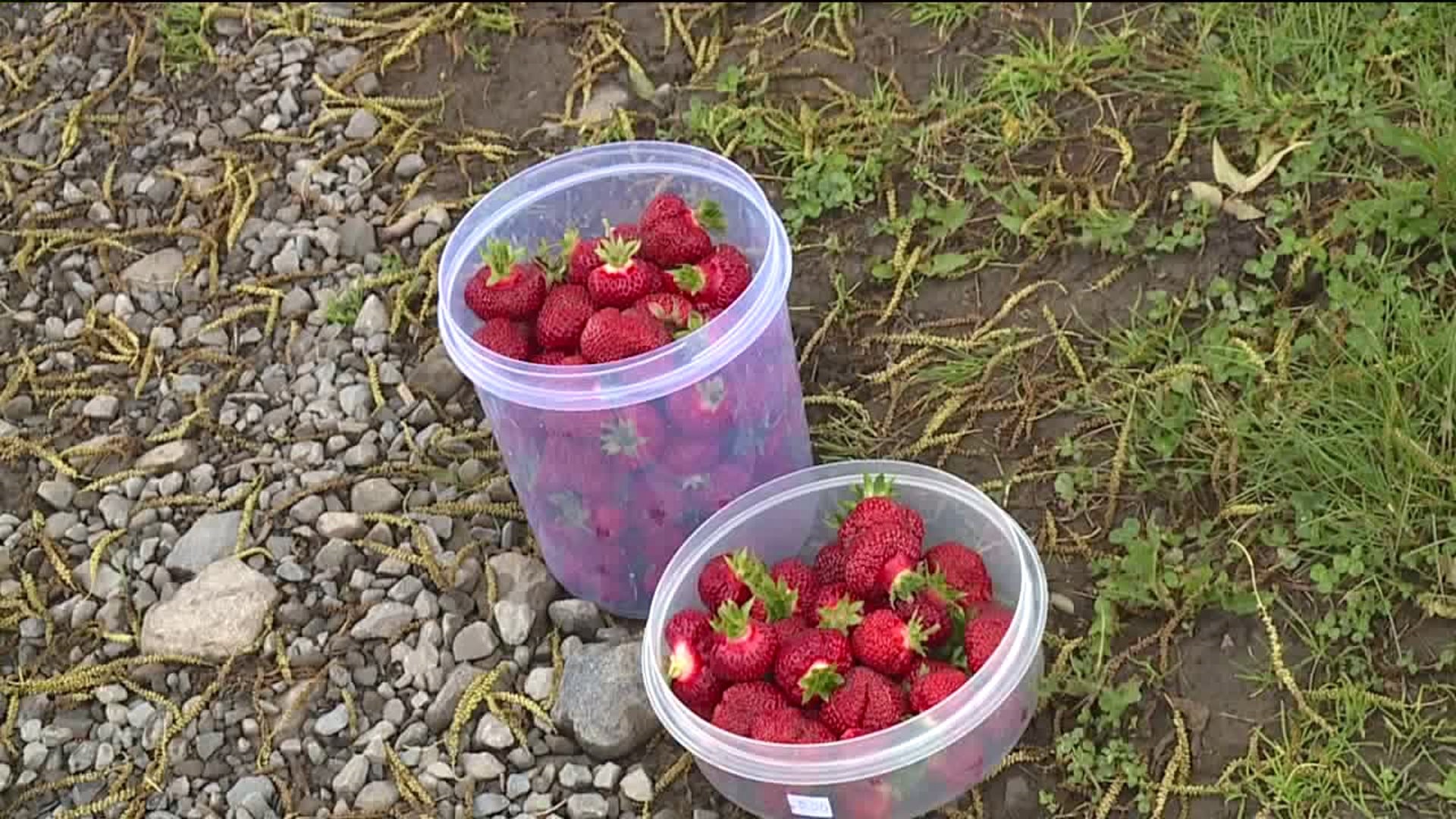 SOUTH ABINGTON TOWNSHIP, Pa. -- When Pallman Farms near Clarks Summit opened at 8 a.m., there were already people waiting for the start of strawberry season.

Eager to pick, with buckets and bowls, they hopped aboard to get to the fields.

Stanley Rolston picked alongside his grandson for his family and for and his neighbor.

"She's 93 and she used to come here. She makes jam, so she said, 'pick a lot,' and here we are!" said Stanley Rolston of Beech Lake.

Dylan Cummings of Clarks Summit has worked at Pallman Farms for a few strawberry seasons now. He loves it.

"I just love sitting out here in the field, I could sit out here for hours just watching the people pick strawberries. I love working with people," said Cummings.

The ground was soggy from rain. The morning was cloudy and unseasonably cool. Some of the pickers did not mind at all.

"I personally like it because it's cool and you get it done, it's easy, you know. I get it done in a couple hours and I'm good," said Cherie Polk of Scranton.

"I think it's fun, you know? You can be selective, you can pick whatever you want and providing the weather is good, I mean everything works out fine every year," said Pete Erickson of Clarks Summit.

He has been picking his own berries for more than 15 years.

Strawberry season usually lasts about three weeks, but with all the rain, farmers say you should get them sooner rather than later, in case all the moisture ruins them.