HARRISBURG — The Pennsylvania Department of Health announced Tuesday the companies that will grow and process marijuana for medical use. More than 400 com... 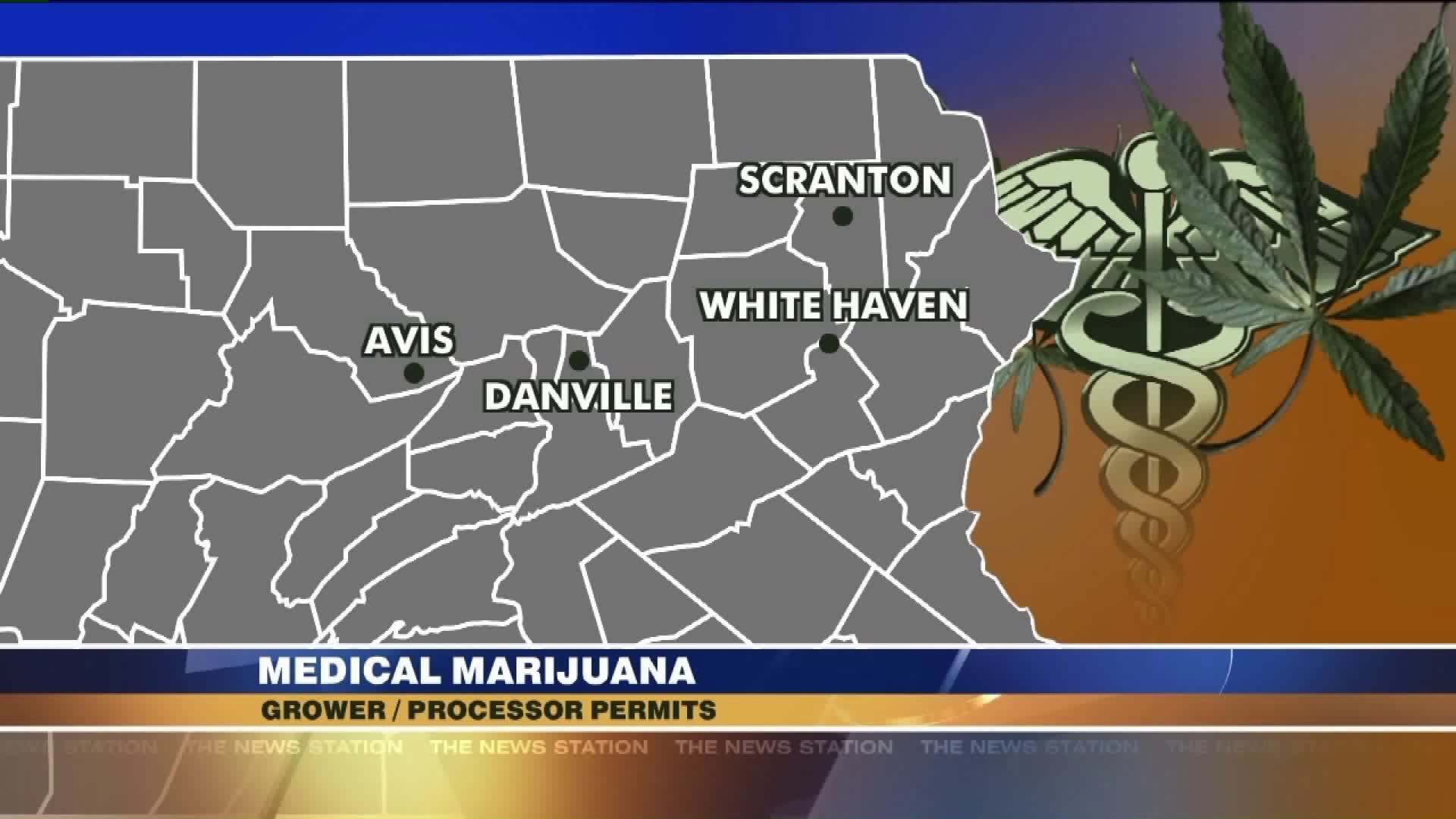 HARRISBURG -- The Pennsylvania Department of Health announced Tuesday the companies that will grow and process marijuana for medical use.

More than 400 companies applied for permits, the state awarded just 12.

Statewide, those 12 permits will be awarded to companies that will both grow marijuana and process the plant into pill and oil forms for medicine.

Today, DOH is issuing 12 permits for grower/processor, 2 in each of our medical marijuana regions. pic.twitter.com/Mdiiwhfm7b

The department awarded two applicants in each region with a permit to grow and process marijuana for medical purposes.

The Lackawanna County facility will be in an industrial area on Rosanna Avenue in Scranton's Green Ridge section. It will be located in the Pennsylvania Clothing Recyclers Building and will be operated by a company named Pennsylvania Medical Solutions based in Minnesota.

That company reached a deal to buy the building for more than $1 million.

The location in Scranton may have helped it win a state permit, according to John Collins of the Office of Medical Marijuana.

The site in Luzerne County is more rural. It's a building in White Haven that has functioned as both a school and an auto repair shop. The owner and operator of the grow operation, Standard Farms LLC,  is from Drums. He is in the process of buying the building and says he expects to hire 25-30 people to work there by the end of the year.

People in White Haven say jobs are badly needed, and the marijuana growing and processing facility is welcome.

"There really hasn't been too much going on around here, and bringing highly-skilled jobs to the area, and paying high wages, why not? Who wouldn't be in favor of that?" said Cindy Keil of White Haven.

In Montour County, Illinois-based, GTI Pennsylvania plans to open a facility in Danville. GTI stands for Green Thumb Industries, and it has operations in four states.

Near Avis in Clinton County, a group based in nearby Jersey Shore named Terrapin Investment Fund 1 was awarded a permit to grow and process marijuana.

One company hoping for a permit in the Northcentral Region was Power Plant Medicinal based in Mount Carmel in Northumberland County. In February, that company told us about plans to use energy from the Mount Carmel co-gen plant that burns coal waste to grow and process marijuana at the site.

"We're looking at 60-plus jobs in addition to the 50 we already have so they're skilled, high-paying positions that will be coming to the area. They will be local positions. People won't need prior experience," said Megan Millo of Power Plant Medicinal in February.

Power Plant Medicinal is one of the few locally owned companies that applied for a permit. A total of 36 companies applied for permits in the Northeast and Northcentral Regions. Many are from corporate medical marijuana businesses based in Connecticut, Maryland, and Illinois.

Those awarded permits to grow and process medical marijuana have a tight schedule. The state says they must be operational in six months or risk losing the permit. 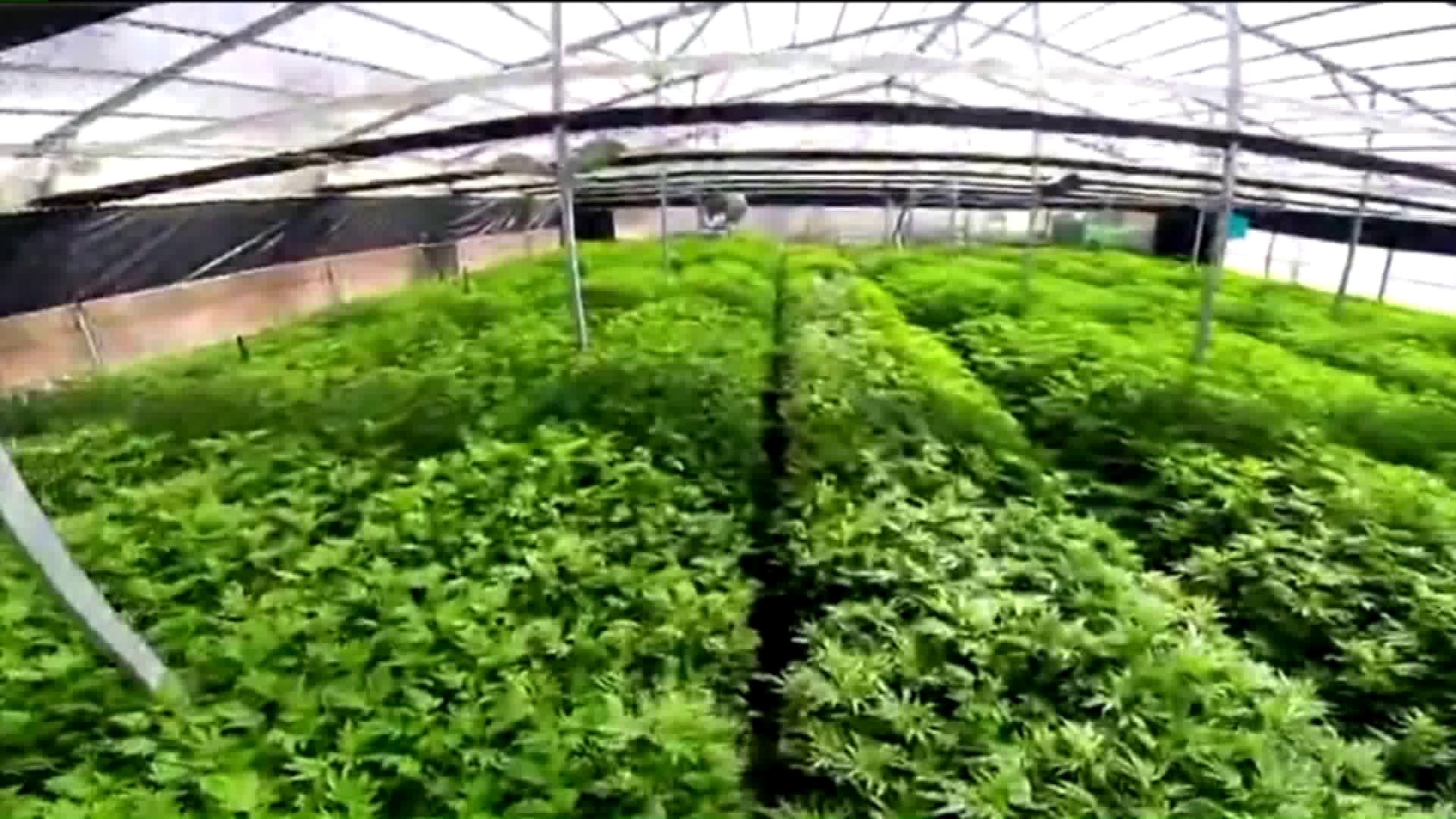